Shaun rang me and asked if I fancied the last hour or so before sunset down at Burton Point. A few minutes later he pulled up in the van and we were at Station Rd Burton for 4.45pm. The wind was quite strong when we arrived and a few Pied Wagtails were hunkered down on the tarmac path trying to keep as low as possible to shelter. We soon displaced them and they were instantly blown into Burton Marsh Farm and the surrounding sheep fields! The usual corvids were out on the marsh and a few Geese were flying over. This is a small flock of Pink Footed Geese.

Passing the cattle grid, we could hear a Robin and the odd Wren as is usual down here, also a Dunnock popped his head out to see who was passing by. Scanning the marsh, there was no sign of the Shorty, may still be a bit early. A hunting pair of Kestrels swooped overhead and we watched as they coursed the marshes looking for a tasty treat for supper.

A flock of Goldfinches took briefly to the air, then thinking better of it, they took refuge by flying into the gorse bushes at the back of the Sealand MOD Firing range (no shooting this evening) 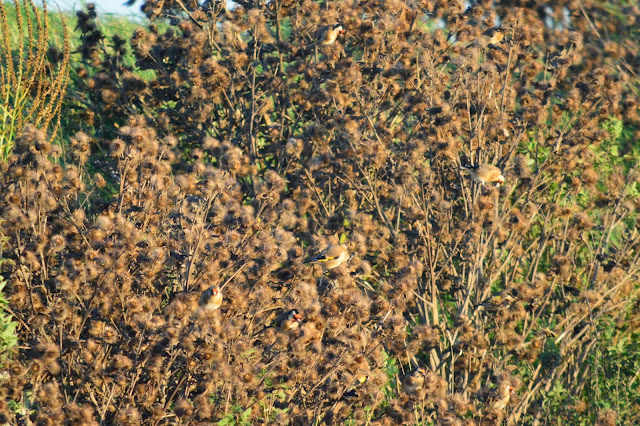 Just then Shaun spotted a lovely Stonechat perching on a dead tree stump and manouvered himself to get the sun behind for a record shot. It wasn't shy and was a right little poser. When Shaun e.mailed me the pics later on that night, it turned out to be a cracker....... 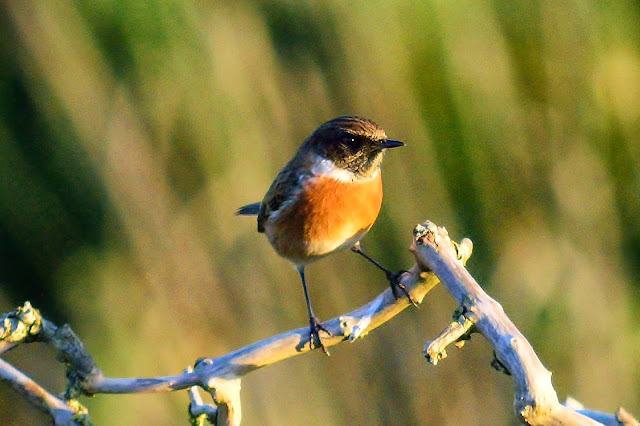 Wow !! It was flitting about trying to catch a few insects before it retired for the night, see below...... 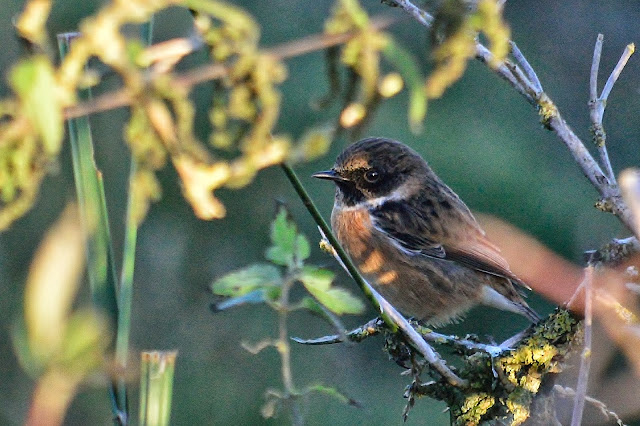 I scanned for the Little Owls on the sandstone bank at the point, but could not see them. Walking over the long boardwalk, we could see that some irrigation work has been done on the ditches and the surrounding banks. This will no doubt help with all the rain that has fell and is forecast in the near future. Should also attract some wildfowl hopefully :) Scanning the pools over at IMF, we could see very little activity, however the fields at the back of BMW were full of Canada Geese with one Black Swan in amongst them. The very far pool contained about 8 Whooper Swans and a small number of Teal and Little Egret.

The Canada Geese took to the air and were very noisy as they passed overhead, heading to the marsh for their roosting spot. 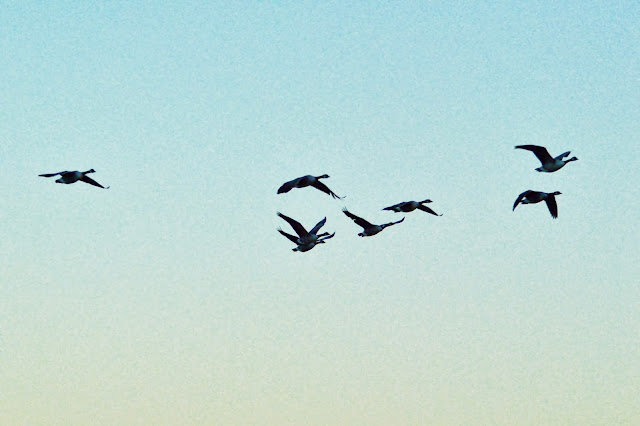 On the walk back towards the van, a Peregrine appeared overhead and flew out across the marsh. A Water Rail was squealing from the dense reeds and trees just before the cattle grid and a female Tawny was then heard giving an alarm call somewhere above us and over by the railway line and the farm. Just then Mr Fox came into view. 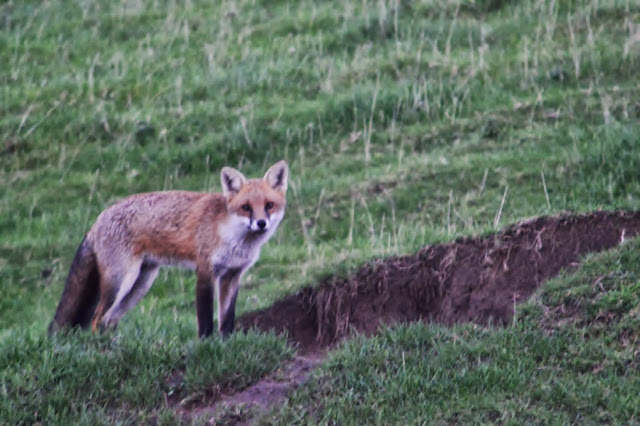 I gave a few squeaks through pursed lips and he trotted down to get a closer look through the wooden fence by the farmers sheep control area! :) 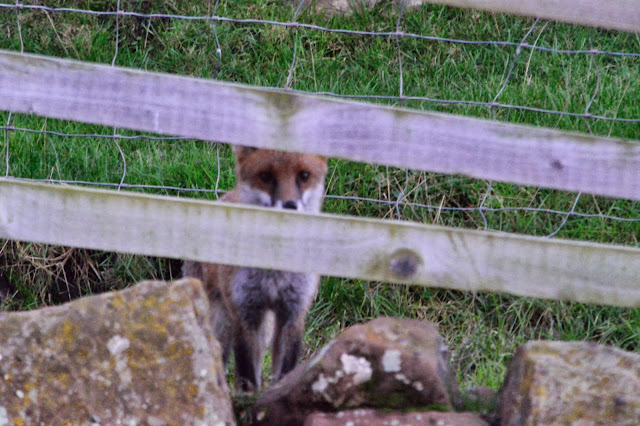 He gave us the once over and after marking his territory, all along the sheep pens! moved off into the night.

Our usual scan for the Barn Owl, resulted in a good sighting of the pair. One flew down into the gorse bushes before flying back up into the nesting box to join his mate, the other just sat at the hole watching. The male (presumably) then flew out over the grass and dived down on a small mammal and fed on it!! Much to the bemusement of the other bird at the box who was probably thinking "Hey, I want half"

I bumped into Sean D an old mate from Chester Zoo who was also out looking at the Owl, small world. Behind us a Stonechat was calling and I did wonder if it was our mate from earlier who had maybe followed us back along the tarmac path?