A little while ago, I saw a post on facebook asking for volunteers to help with the local WeBS count. Both myself and good friend Shaun decided to have a go and we had our initiation on the 20th October at a place called Mount Manisty. It was a great experience so when Dermot Smith (local WeBS co-ordinator) asked if we could attend the following month, we both agreed and this is a description of our day :-

Shaun picked me up around 6.45am and we set off for the local oil refinery Stanlow our designated meet up point. On arrival we were met by Dermot, a new guy John and hardened counters Mick and Andy. We were told that unfortunately we were stretched this morning and only had the six people available to do the count! Last month we had nine people. Anyways, what happens now is that we have to report to security and each hand in some photo ID and get a security pass as we have to pass through the plant at No3 gate. We leave the first security area, get buzzed through some barriers to No3 gate and then go through the same procedure there, all very secure as you would expect.

After a short wait at No3 gate, our minibus arrived and took us to the ferry docking area. The ferryman then comes across the Manchester Ship Canal and takes us across to the other side and through more secure gates onto the marshes. This is a fantastic place for wildlife, it's untouched and we are very pleased that we have this opportunity to view the birds that many others will never get to see. 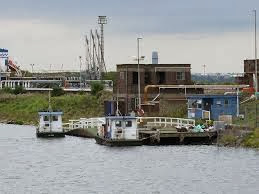 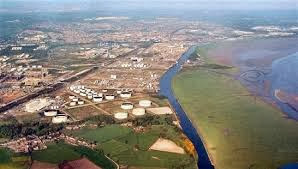 We then all make our way to the River Gowy Estuary and usually flush Teal and Redshank in great numbers from the gutters as we go. Today, however their was only a small number? a sign of things to come maybe? A short while further on, we meet up and Dermot hands us some maps of the general areas of the marshes and advises us which we will be covering. Dermot and John were walking a couple of miles to Mount Manisty, Andy and Mick were to remain in the same spot and cover some of Manisty and Ince and the Gowy Estuary and myself and Shaun had a refreshing four mile walk up to Ince Marshes and Frodsham score :) Glad I brought my stout walking boots (although as I found, they need a waterproof respray) :(

The weather was forecast to be overcast and they were not kidding. Visibility was very poor and as we set off towards Ince we could only see a few hundred yards out into the marshes as a blanket of fog and mist was swirling around like a grey curtain. We flushed some Redshank and Teal from the Ship Canal as we went along and also spotted a Coot and a Moorhen, all these water birds are added to the count. In the bushes alongside the canal, we were joined by Chaffinch, Wren, Robin, Great tit and quite a few Pied Wagtails. We also spotted some fresh badger tracks. 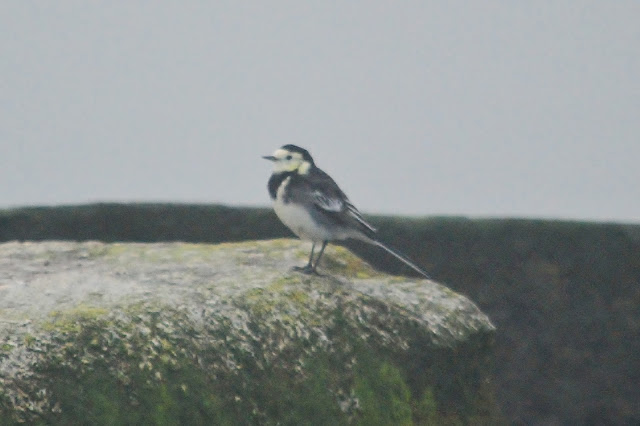 As we went further along the track Shaun said that he could see some Swans up ahead and sure enough big white blobs emerged out of the gloom. It was very difficult to make out the species, mainly Mute Swans we thought with the odd Whooper, hopefully the fog would lift and allow us better views. "Cronk cronk cronk", Ravens notified us of their presence with their unmistakable calls, a party of about seven birds curiously eyed us and followed us along the path for a short way. 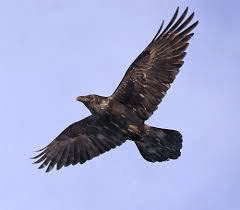 We saw quite a few sheep carcasses along the path, and no doubt these Ravens had been feasting at one time or another on a nice juicy eye or some ribs! Yuk, further along in what seemed like a never ending track, we came to a wildfowlers hut so knew we were not far from our watching point. The sun had managed to penetrate the mist and just then we saw Lapwings and a lot of them, mixed in with flocks of Starlings. Their peewit cries and tumbling flight as they come down to land are a joy to watch. 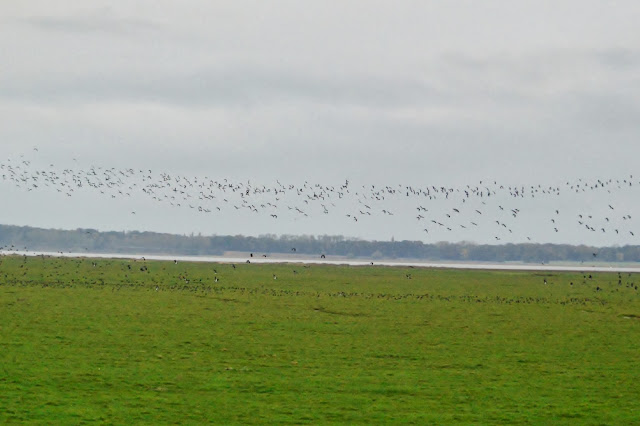 Lots of Linnets and Meadow Pipits were feeding close to the paths and also a few Reed Buntings. Occasionally the odd rabbit, went scurrying across the path also. 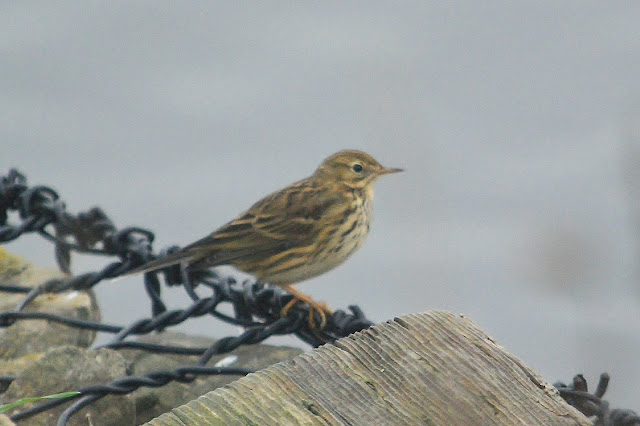 We crossed through another gated area and across whats called the Holpool Gutter, no birds other than a solitary Redshank was flushed. A strange looking wagtail could be seen feeding in and around a water trough, it's face looked very yellow, however some young birds do get this greenish/yellowish tinge in the winter months, so just a pied/white wagtail. 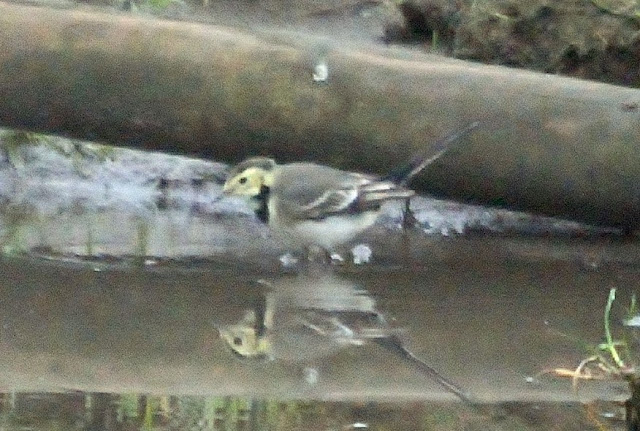 Climbing up an embankment we finally came to our designated spot to look out onto the River as the high tide was due at around 10.40am. We sought shelter behind an old anti aircraft gun turret that now had a tree sprouting out of the top! A curious sight indeed, but good cover.

At first glance, the main birds out on the River were Canada Geese, followed by mainly Wigeon, some Mallard and some large flocks of Dunlin wheeling overhead. 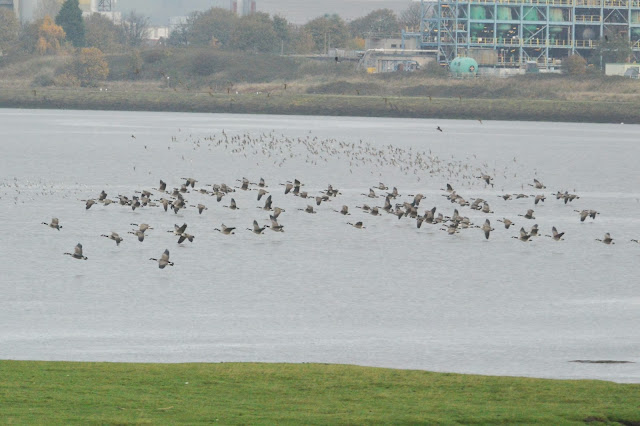 Scanning the banks as the tide approached we could see, Grey Plover, Oystercatcher, Cormorants, Grey Herons and the odd Shelduck, Redshank and Little Egret. The Canada Geese were building in numbers and were coming in with the tide. The Dunlin flocks were small and compact but big enough to contain a few thousand birds. Scanning the fields alongside the River, I could see Curlew and Golden Plover. All the time, I am making notes in my book of numbers of birds sighted.

Shaun walked a further mile down the bank to a bend where the Mersey and River Weaver meet, through the scope I could see fair number of Shelduck and more Geese, so as Dermot had suggested to us, he set off to take notes and see what else was around the corner. He had not been gone long, when the birds took flight and a hunting Peregrine came into view, always a welcome sight as it gives you a further chance to count the birds whilst airborne!

Shaun returned a bit later on with his list of birds and had flushed around 50 Black tailed Godwits which are shown in this pic. 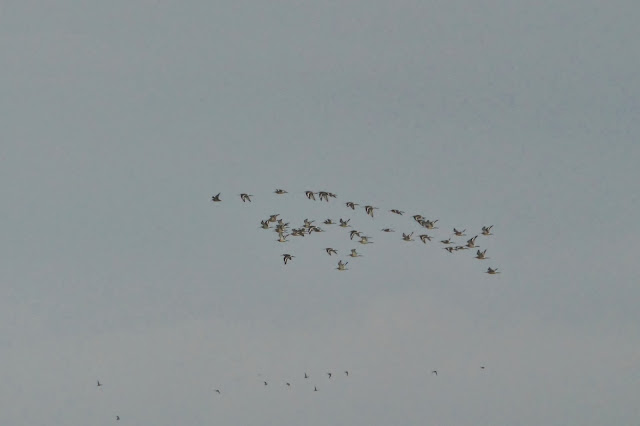 He had also seen around 365 Shelduck, 600 Dunlin, and over 300 Canada Geese, so worth the trip to see what we would not have seen from our vantage point. At high tide, I spotted a couple of Pintail, always nice birds to see on the count. Time had flown by and we had to make our way back, however on the way, we got a better view of the Swans, and final counts showed 48 Mute and 15 Whoopers. 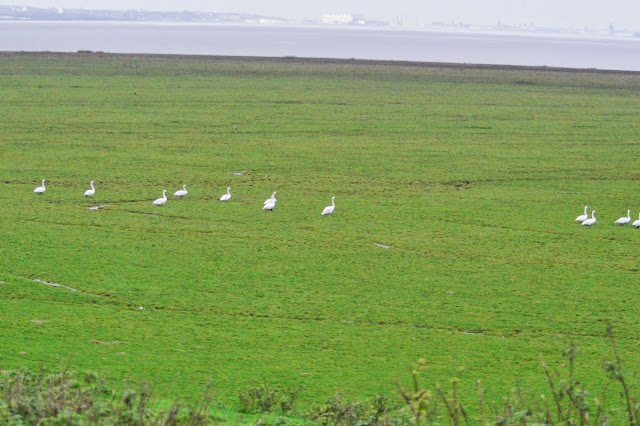 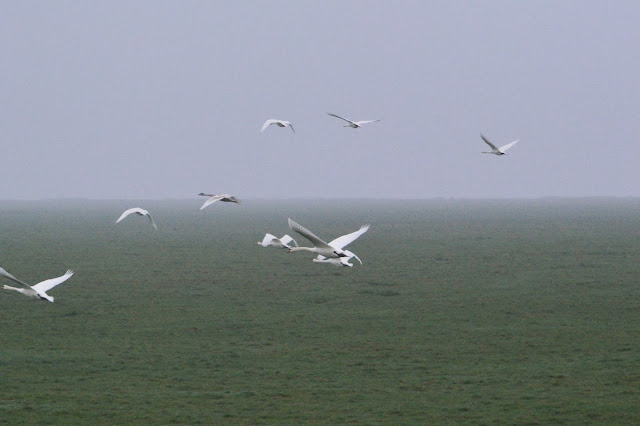 We had spotted the odd Buzzard throughout the walk, however Shaun spotted a small bird of prey fly across from the marsh and alight on a post on the other side of the ship canal, female Merlin! Wow, what a fantastic little bird and she blended in so well with the vegetation in the background that had we not seen her fly across, would not have known she was there at all!! 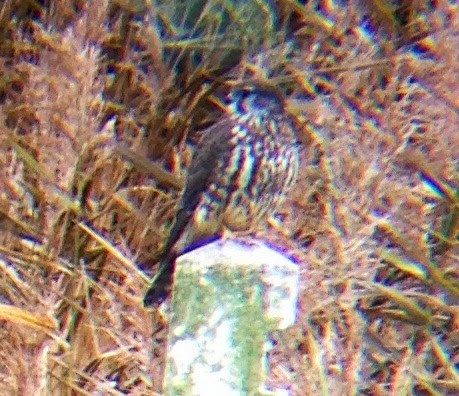 Further on we spotted a small group of Pink Footed Geese and had seen just the one Greylag today, further Lapwing and Canadas were added to the count. On the way out Shaun and I were certain we had seen a Great White Egret but the gloom had been that bad we were unsure. Minutes further down the track and Boom, GWE flew out from by the bank and settled down on the marsh nearby before disappearing down into one of the gutters. 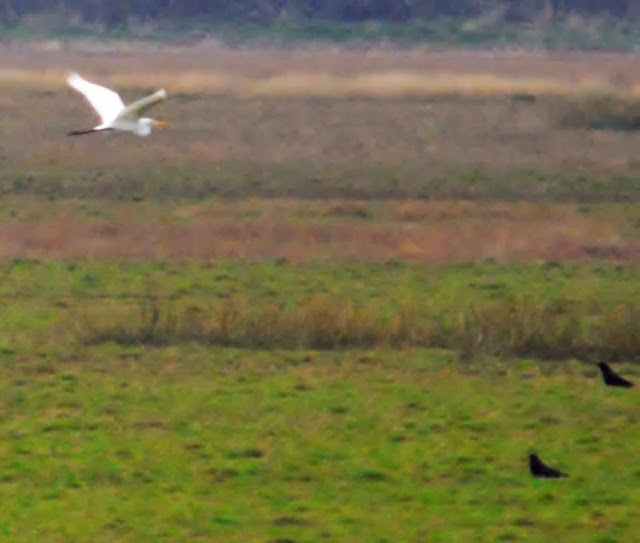 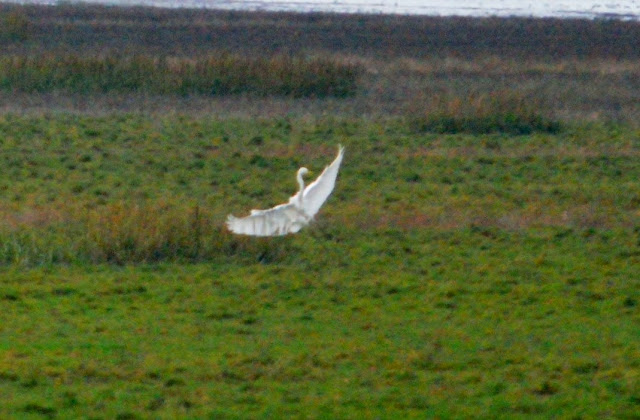 When we got back to the others, they had seen two Great White Egrets as well on their own patch near to Manisty, so that was three birds for the day :)

Ferry back across the MSC and bussed out of Stanlow, we met to collate the Data and Dermot will then include it in his records and send us details via spreadsheet.

This is a list of what Wetland birds including birds of prey myself and Shaun spotted today.

Information can also be found on the following links and Dermot is always looking for birding volunteers to assist in the counts.