I was doing some gardening at home in between the rain showers and I received a call from my friend Shaun to see if I fancied a trip to Hoylake for the high tide. It was around 2pm in the afternoon so high tide was due shortly and with the added wind factor may be good for seabirds.

We arrived at Hoylake at approx 2.30pm and the sea was very choppy indeed. I got the scope out but after 5 minutes it was clear it was not needed as the wind was that strong, I had no shelter and viewing through the scope was possible but not brilliant as I was trying to hold it still!! The waders were quite close, so back in the van went the scope and I opted for the binoculars. As the wind was right in your face from the promenade front at Kings Gap, this was tiring. We both received some reprieve by leaning on a Biffa waste bin to steady ourselves.

Dunlin, Sanderling, Plovers, Barwits, Curlew, Oystercatcher, Gulls, were amongst the many birds on the beach. Grey, Ringed and Golden Plover were visible. Watching the Sanderling is normally very entertaining as they dart along the sand and dodge the incoming tide, however today most were hunkered together in small flocks sheltering from the gale. 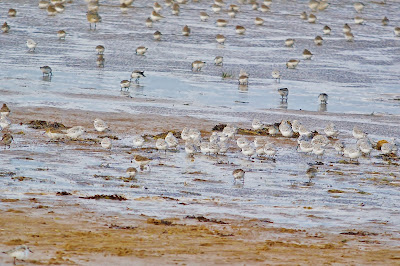 Just then despite the high tide and a fierce wind, a dog walker arrived and despite their being hardly any sand to walk, had to be on the beach and the dogs put the birds up!! 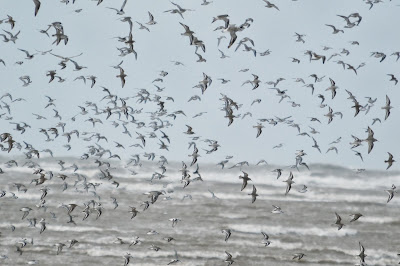 We drove a bit further along the prom and spotted some Golden Plover, Shaun took these nice pictures of a single bird, in between the odd ray of sun bursting through the clouds, the golden plumage on the bird looked magnificent. 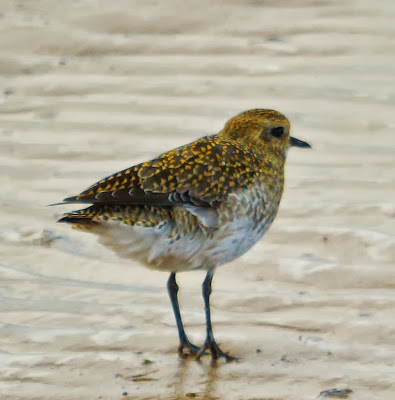 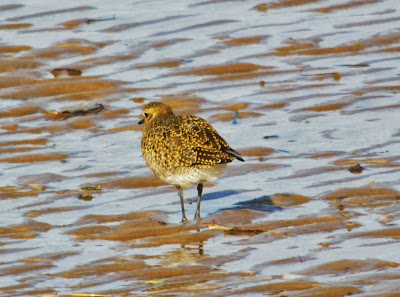 We spotted a solitary Dunlin that seemed to have either something wrong with a leg, or it was having a torrid time standing up in the wind, it was constantly flapping it's wings to stay upright whilst it tried to feed :( 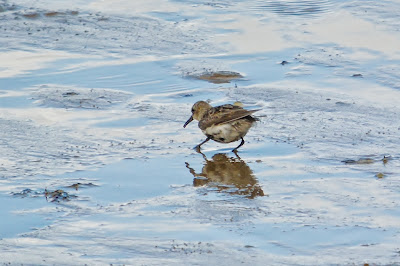 Small groups of Sanderling were showing well and further out we could see quite a lot of Redshank. 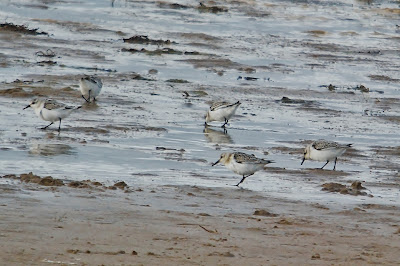 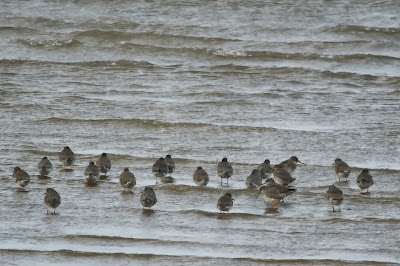 Not huge numbers of Ringed Plover like in late August/early Sept when as many as 1600 birds were recorded at West Kirby, however we could pick out the odd bird in amongst the flocks. 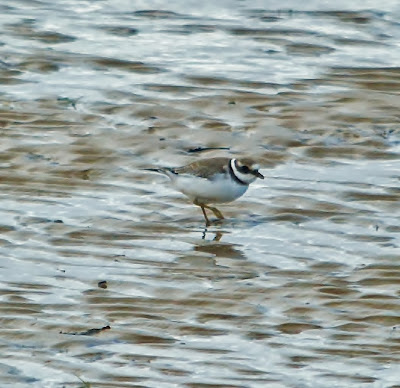 After trying various places to get the best viewing out of the wind, it was pointless as it was right at you! We had a walk across the grass by the lifeboat station, however apart from a few Pied Wagtails, no other birds were sheltering. We opted to drive a bit further up and watch from inside the van.

On the drive up, I spotted a bird on of all places a tennis court!! Stop! Go back, we reversed and a young Guillemot was sitting on the court. It was obvious it had been blown in and had been sheltering from the wind. Shaun took a picture as it was unusual to see to say the least! 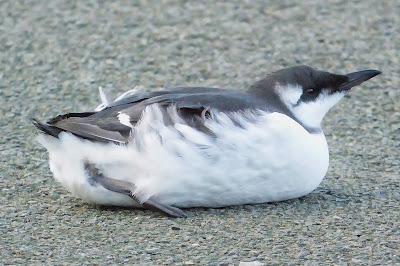 We then had a chat about what to do? To leave it, would be maybe to condemn it to the fate of a wandering dog or some local scallies that may not have been very accommodating. The court was open so access could be gained by anyone or anything!! Also, could it take off from a prone position like this, we thought with great difficulty maybe just? Could it gain momentum to get high enough up and out over the court fence? We decided it would be best to help it get back out to sea. Shaun picked it up with little fuss apart from a few cries and a bit of a peck. Shaun carried it to the promenade front and released it over the edge and it took flight straight away and flew very boldly right out to sea :) A good result

We drove to a slipway by a small roundabout and started a seawatch. Quite a few Shelduck were visible in small groups and the odd Cormorant was flying past. The lifeboat was launched as were watching and boy did it struggle through the waves, somebody was in trouble somewhere out to sea. 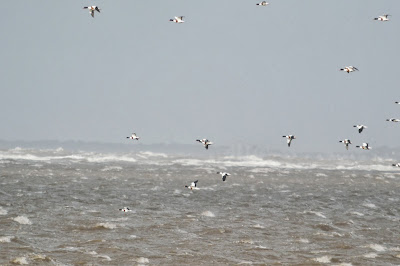 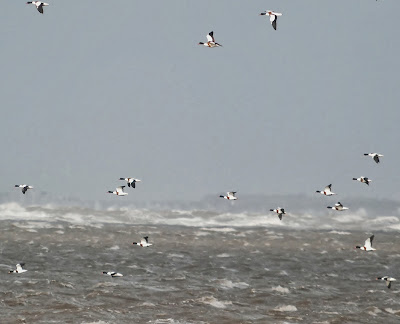 As we were both looking out we spotted a small black bird down low near to the sea about half way out. It was a Leach's Storm Petrel!! Quite a few had gone back a few weeks ago after our first Atlantic storm of the Autumn, however today, we just spotted the one bird.

A fitting end to an afternoons birding and as always, eventful!!