A Pec and a Dove

Got a call from my scouse mate Paul who asked if I fancied a visit to Burton Mere Wetlands and in particular IMF as he had never visited that hide before. No problem for me so he picked me up and we were in Burton for 10.30am.

The reserve is great at any time of year, but Autumn seems to bring an air of mystique, in that you never know what will be dropping in on Passage or has been dragged in by the low pressures in the Atlantic ( in particular Yank birds ) !! A quick scan of the scrape brought a surprising 3 Avocets, the main breeding pairs and young left a good while back so unknown where these had arrived from. A couple of Ruff were dotted about and Wigeon numbers are on the increase and a healthy number were busily feeding in and around the islands. I clocked some fantastic Spotted Redshank swimming on the surface and frantically spinning around in their search for food. One caught a fish and had a very difficult time trying to swallow the thing :) 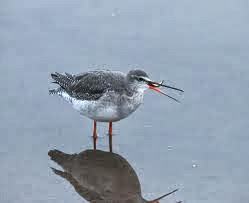 Paul had spotted quite a few Snipe in the far grass at the back of the scrape and their must have been 20+ moving about. He also spotted some Curlew Sandpipers which were looking just fine and dandy with a lovely peach wash on their breast. Their was at least 6 on our count. 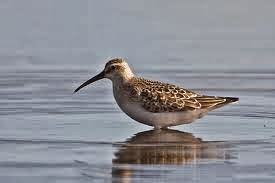 Greylag and Canada Geese numbers continue to increase and it seemed a constant flightpath from the Dee Estuary into BMW, who at this rate will soon need their own control tower!! Usual Mallard, Teal, Tuftys, Coot, Moorhen and the odd Shelduck were also present along with a couple of Common Gulls and some Black Headed Gulls.

We had a walk to Covert Marsh Hide and the feeders had the usual finches and tit birds, no sign of the Bramblings or Siskins just yet. On arrival at the hide, we could see just Greylags and then Paul spotted slight movement inbetween the Geese and a female Juv Ruff came into view busily feeding. I managed these phone scoped pics :) 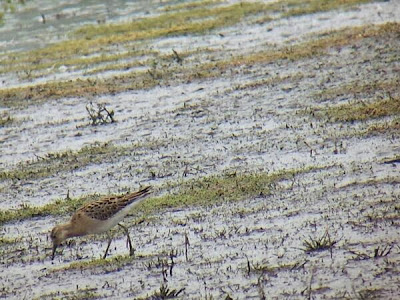 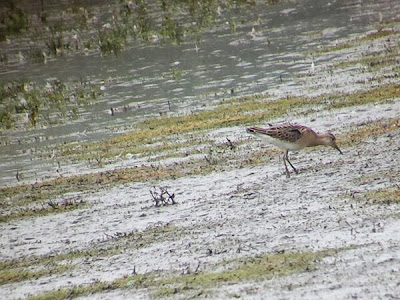 A Buzzard flew across, the only bird of prey we saw all day. Not much else was on view so we opted to go to IMF. On the way back to the car park, we spotted a White Wagtail on top of the reception roof hunting insects.

The weather was not forecast very good for the afternoon so we made haste and took the quick trip down Station Rd and into IMF car park. The hide is a 5 minute walk and along the way I spotted a badger carcass which looked more like a mythical beast. A Chupucabra perhaps, what do you think? 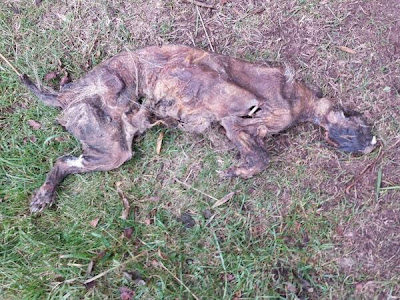 Nobody was in the hide when we arrived so it's always with a sense of anticipation that you open the hide windows and await what lies beyond. Well, 7 Greenshank were roosting to our left, hundreds of Black tailed Godwits (some colour ringed green and blue) and a few Curlew Sandpiper. What was that though feeding on the mudflats further out? Boom, Pectoral Sandpiper with the lovely demarcation lines finishing abruptly at the breast which makes it really stand out. Only a 1* vagrant but nevertheless a good Yank peep to add to the list ;) 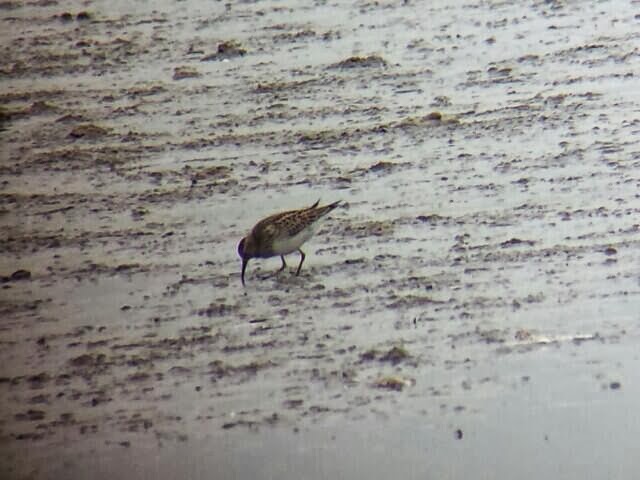 Looking through the visitor book, somebody had put in they had seen a Siberian Chiffchaff (tristis) on the path that leads to the hide. Interesting. A few more visitors entered the hide and then around 2pm the heavens opened and the rain came down BIG TIME! The tyew-tyew-tyew call of the Greenshanks signalled they did not like this sudden interruption to their sleep and they got off, however the Snipe all came out of the reeds and out onto the open water. It was getting difficult to view and we called it a day as the rain was coming in through the windows as we had a SE wind blowing.

A good days viewing though and glad I took Paul up on his offer.

I have been wanting to get the Blyth's Reed Warbler that Jane Turner had been so diligently stalking down at Red Rocks, but the hours she had put in with little reward by way of sighting put me off and hearing other birders stories of 'no shows' had made me decide on the easier option of Yellow Browed Warbler at Leasowe. Weather forecast showers with some sun later so I got the train from Overpool through to Moreton. It's about a 10 minute walk to Leasowe Lighthouse from Moreton station and the new public footpath cuts through past the brook and caravan park. I heard the hweet call of a Chiff and quite a few Greenfinches were moving along the bushes.

Going past the car park I spotted a familiar face who told me a Turtle Dove had just been spotted flying near by!! The poor guy was gutted as he had to go to work :( On arrival at Lingham Lane I spotted a few birders looking into the trees at the entrance to the lane and I thought bingo, we are in here. "Yellow Browed Warbler in there" a guy said, well as much as we looked we got the odd glimpse of a small bird now and again flitting around, but not enough to focus in on for a positive ID. Just then a couple of familiar faces from my twitter a/c turned up, Liam Langley was one and I'm stumped if I can remember the other guys name. They were looking for the turtur and moved on further down the lane.

It must have been around ten minutes looking for this damn YBW and by this time scouse Paul had turned up and was helping me look for the irritating Phylloscopus with no joy. Just then, one of the lads came back, "Turtle Dove just by the bridge round the corner" queue mass exodus of birders around the corner. Now I can tell you, it's been a long time since I've seen a turtur, let alone in Cheshire.

Boom, Turtle Dove sitting on a telegraph/power line. It was a young bird but I believe the neck markings don't appear on juveniles and this bird had them, but the markings on the wings stood out, but were not as stunning as the adult bird. Maybe a second year dove? A veritable mega of sorts in this area and a big year tick for me I'm pleased to say of a RED listed species. It was joined by some Collared Doves and a Wood Pigeon and began to look a little unsettled, it then flew down onto some Iron girders that are just above the brook. Having moved closer, Paul managed this record shot. 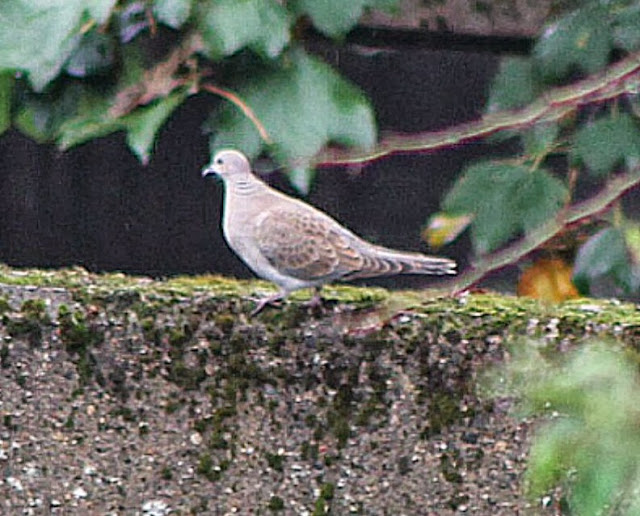 So what can I say, a great find and despite hunting for the YBW for another hour with no luck, the Turtle Dove most certainly made my day :)

Thanks again to those birders present for info.

Small RSPB piece on the decline of the turtur