Been a while, but got a call from Shaun to go and do a bit of birding down at Red Rocks. Those that know Red Rocks will have seen some great finds by local top birder Jane Turner. After the Easterly winds brought a Wryneck, Tawny Pipit, Citrine Wagtail, Spotted Crake and a cracking Little Bunting on Hilbre Island. Wow, some patch ticks there!! So with that in mind we were optimistic but not hopeful of any rarities as the North Westerlies had arrived :( good for a seawatch though maybe?

On arrival at West Kirby, the beach was pretty quiet and most of the White Wags have moved on to breeding territories. Near the steps up to the walk along the Golf Course I could see a Whitethroat characteristically flying up from a bush and calling away. In the dunes on the front were numerous Skylarks & Mipits. A Wheatear flew up and the white rump very visible then settled down to allow a pic. 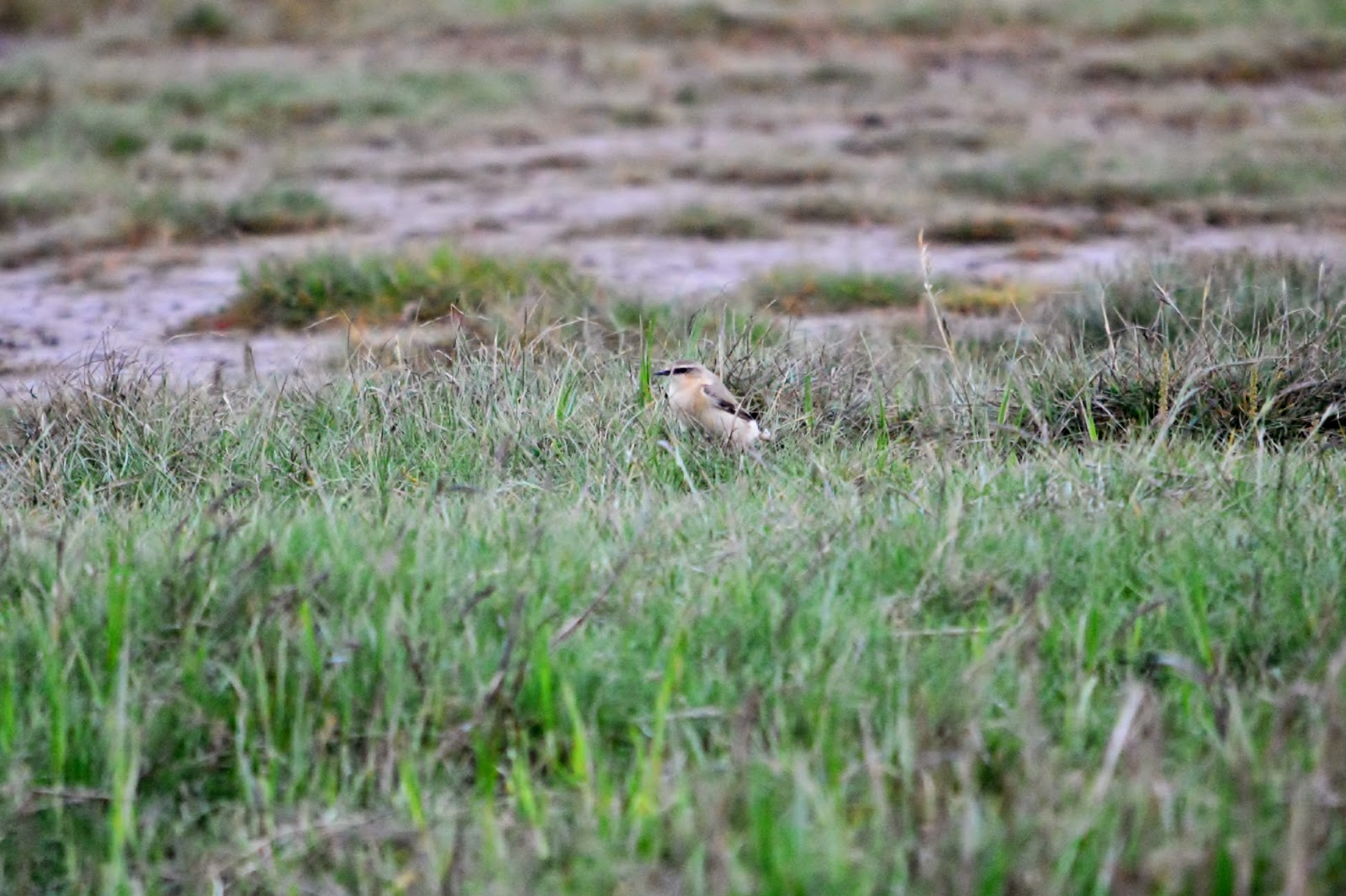 Further up an acro was calling after listening to scratchy song, defo a Sedge Warbler :) snapped by Shaun. 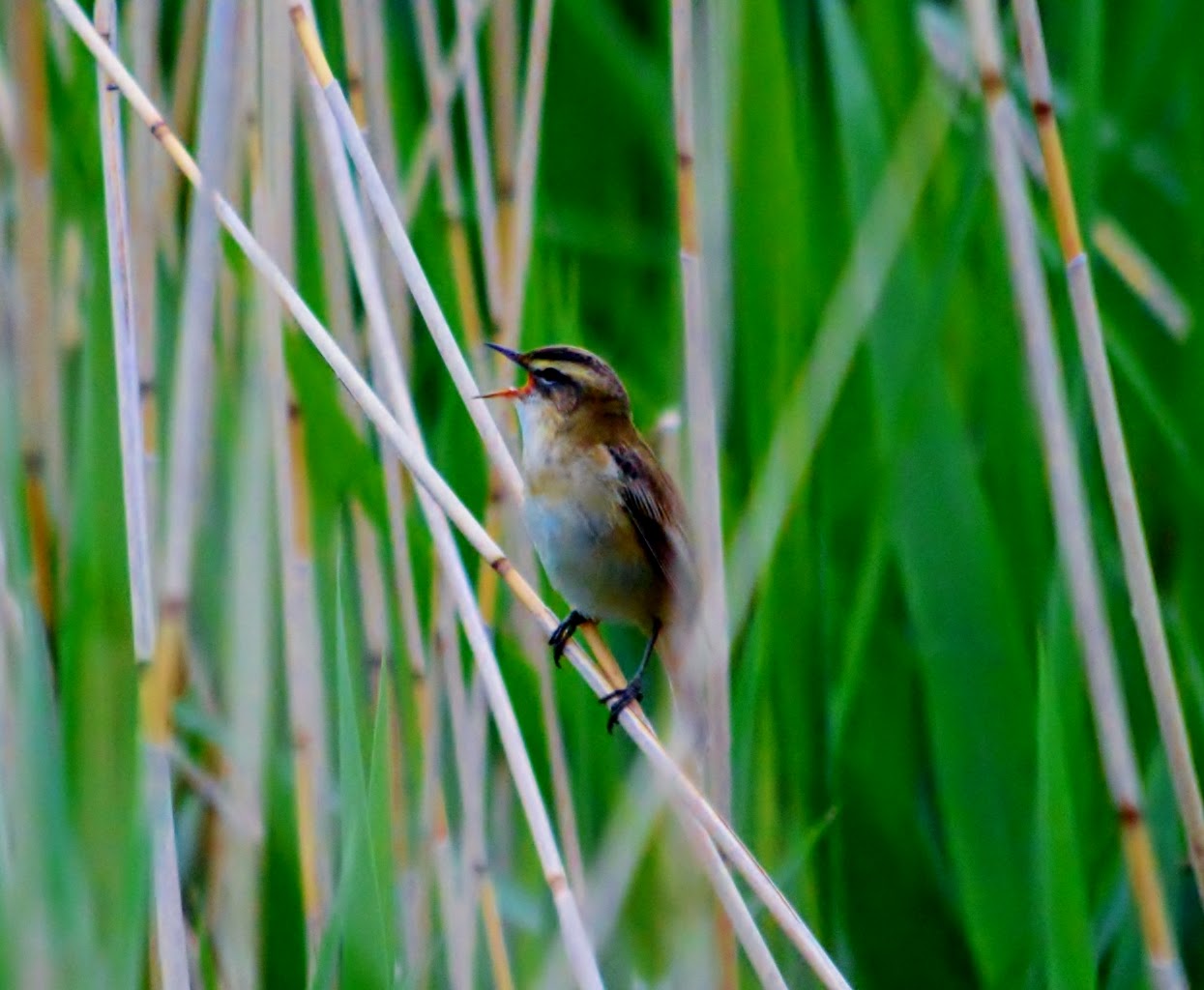 It really does look quite different and a shame seeing missing Poplars and some scrub near the front. Poor Mistle Thrushes will have to nest elsewhere! A few Goldfinches were flying over and some nice male Reed Buntings were calling nearby however which cheered me up. 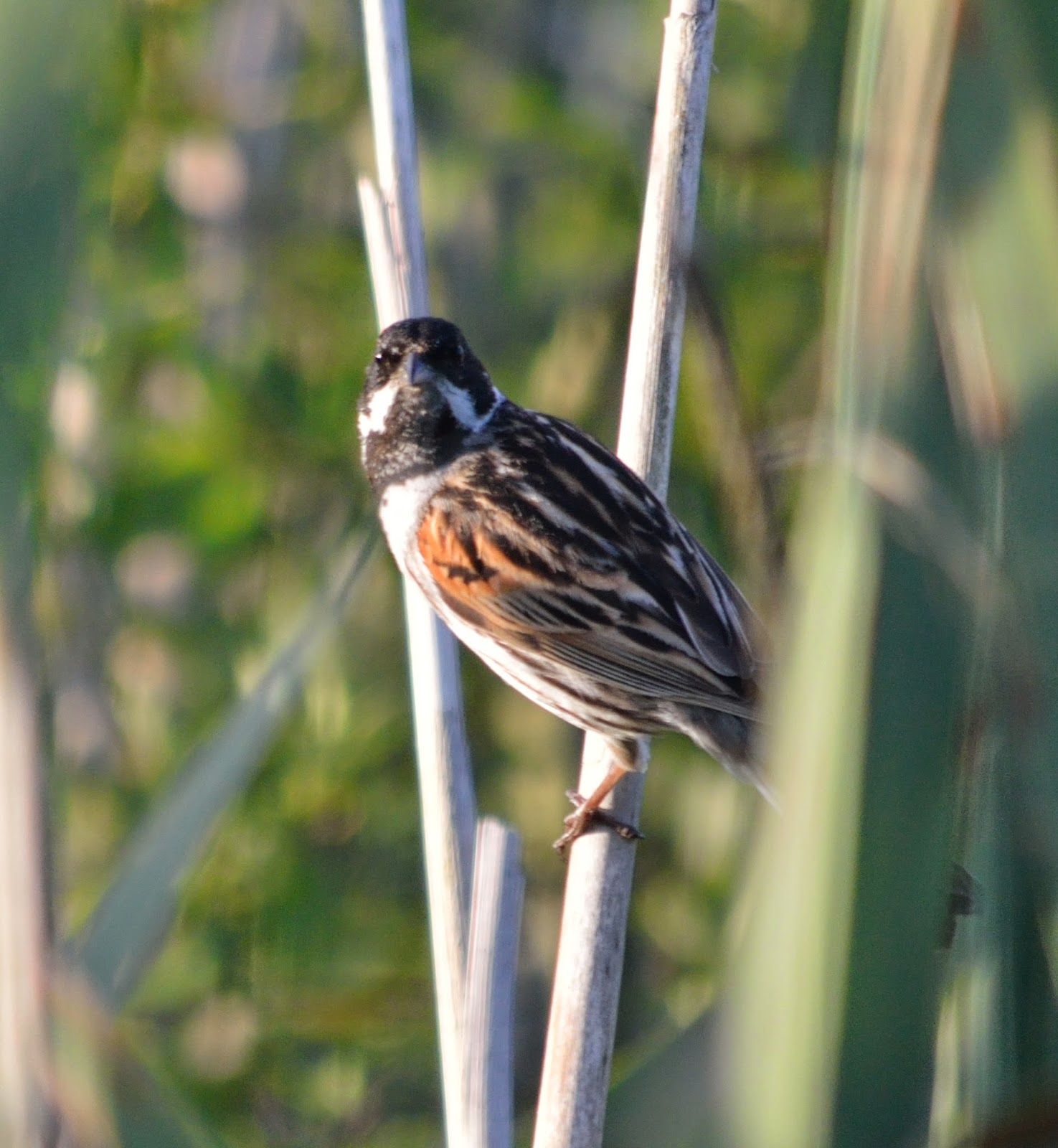 Up onto the red sandstone rocks the tide was well on it's way out but the mudflats between RR and Hilbre were covered in thousands of Dunlin & Ringed Plover, a few Sanderling also. About twenty Cormorants were out on the tide edge. 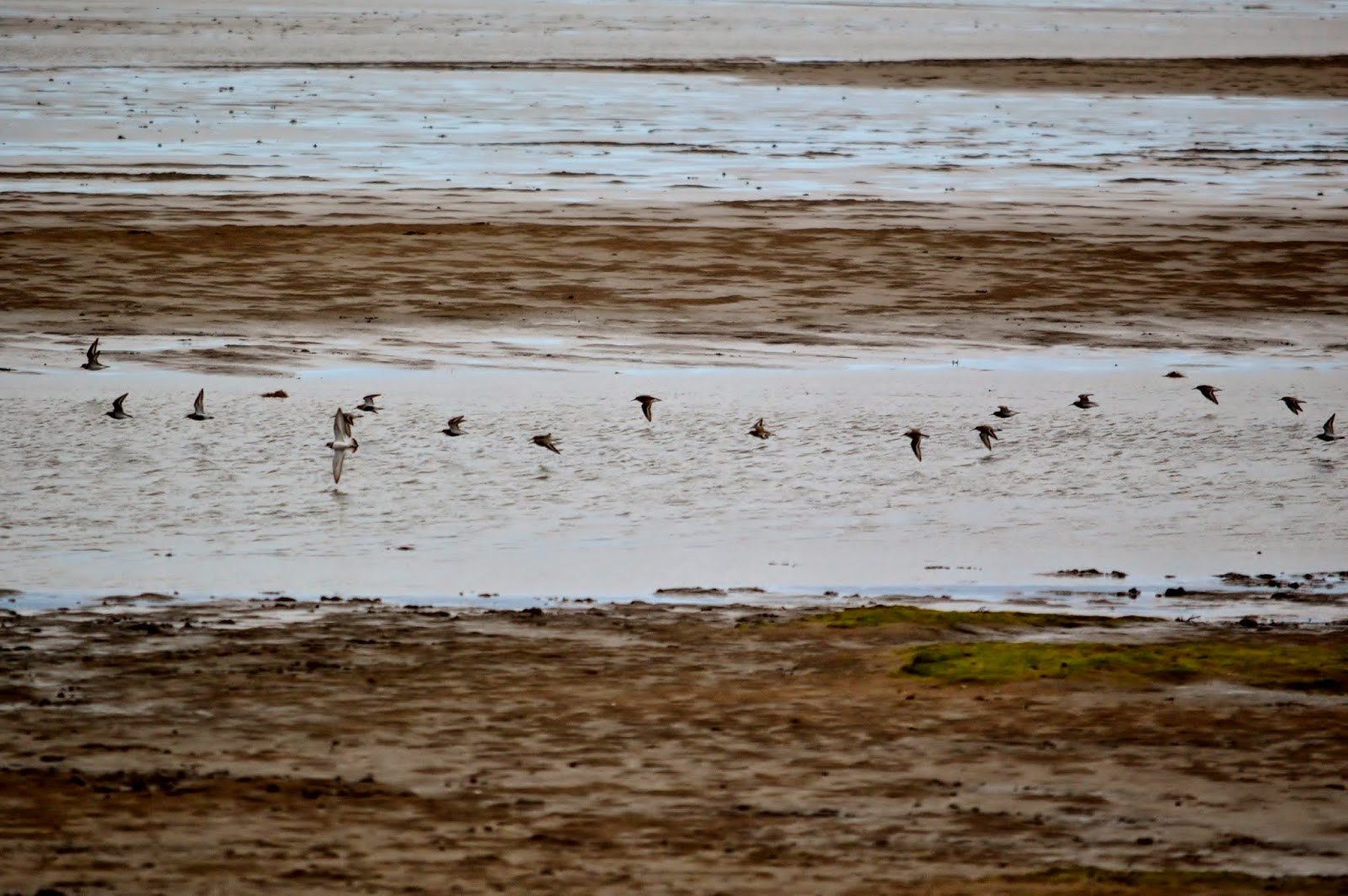 Looking out to sea was difficult as I never took my scope today, just bins, but did not seem to be much on the move. A Black Tern had been spotted by Jane at Hoylake, but alas no sign and we were prob a little late arriving for that. After enjoying the stream of Dunlin and Plovers, we made our way back onto the boardwalks and I was hoping to hear the whip whip whip call of a Spotted Crake (dream on mostly heard at night), stay optimistic! In the next few months the Open golf starts and the stands are already built in places. 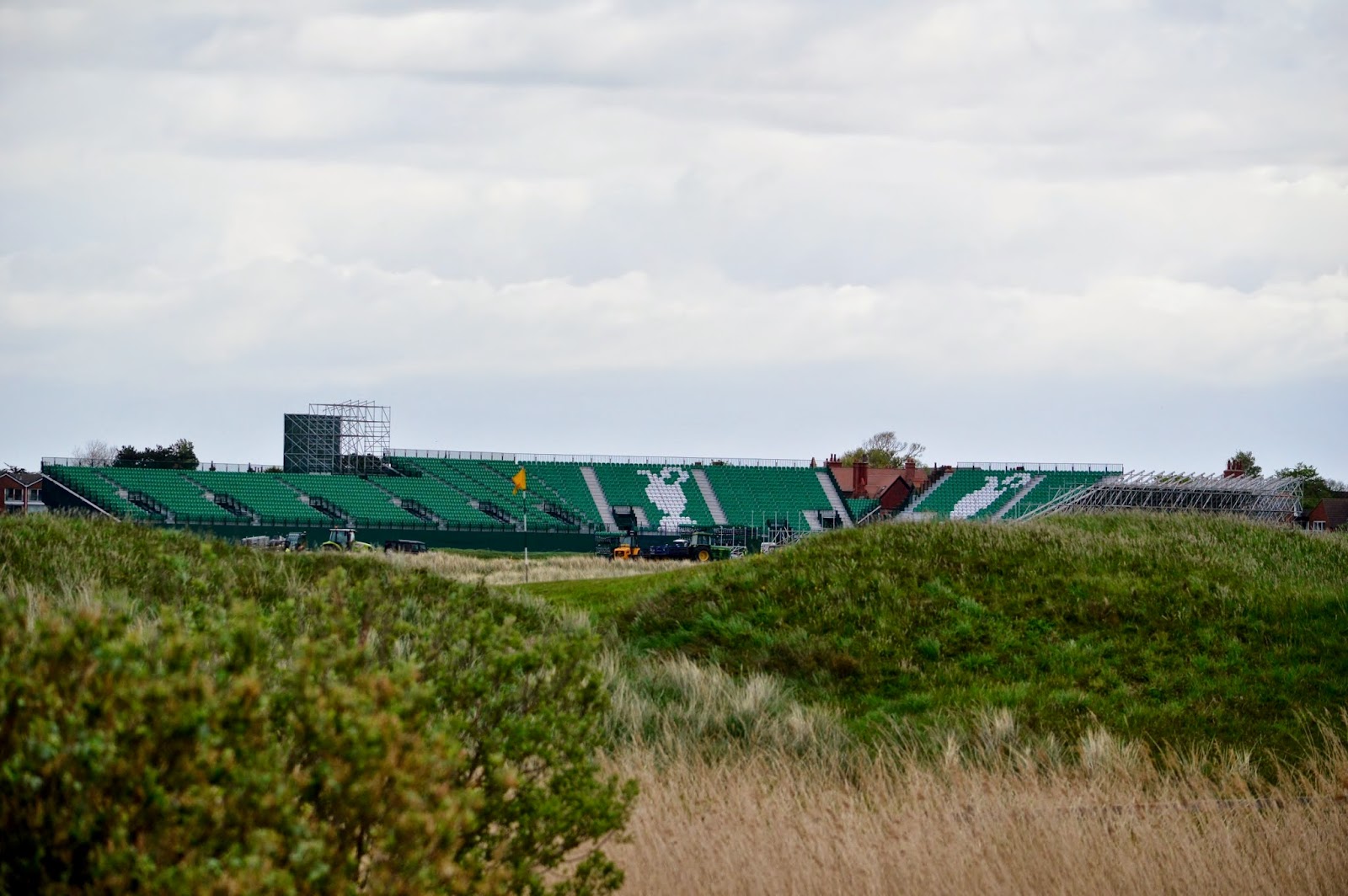 Another acro, this time a Reed Warbler calling from the vast reedbed. More Reed Buntings and another Whitethroat but not much else on show. Walking further up the boardwalks and scanning the golf course for Hoopoes as I do (one day I will see one here), nothing, very quiet. Shaun suggested we have an hour down at Burton Mere Wetlands so we set off and were hoping to see the Wood Sandpiper that was reported early doors on Birdguides. So after an enjoyable hour or so we set off.

Upon arrival at BMW we saw some local birders including Roger from Chester Zoo who said the Wood Sand was seen early morning but right out in the flooded pools beyond reception main scrape! Damn, and no scope. Still the gen consensus was the bird is still around but had not been seen for a while. A couple of Garganey were on view as well as plenty of Godwits and the Avocets. Walking up to IMF hide we heard Chiffchaff and Blackcap and the bubbling calls of the breeding Little Egrets! No Cuckoo sightings yet, won't be long I suppose. Only one person in the hide when we arrived and she had not seen the Wood Sand :( plenty of noisy Black Headed Gulls had prime nesting positions on the island and a couple of Redshank were on the muddy fringes of the pool.

After a while all the birds got up a way out, including Godwits, Lapwing, and corvids. A young Peregrine was spotted by Shaun just below the main group of circling waders. Just then it made a dive low and across the fields at the back, putting yet more birds up. They may come our way and indeed the Black tailed Godwits arrived but a different high pitched call alerted me and the erratic flight of a Sandpiper! It was our Woody and it flew around in circles for a while before disappearing over the hide and that was that! Flushed by the Peregrine. Suppose we would not have seen it otherwise so thank you Peregrine :)

The Black tailed Godwits looked stunning in summer plumage and the more drab immature birds mixed in. There were some islandica mixed in the flock as well as you can see the deeper rufous colours extending right down the breast. Spot the Dunlin (not Curlew Sand as one watcher suggested) 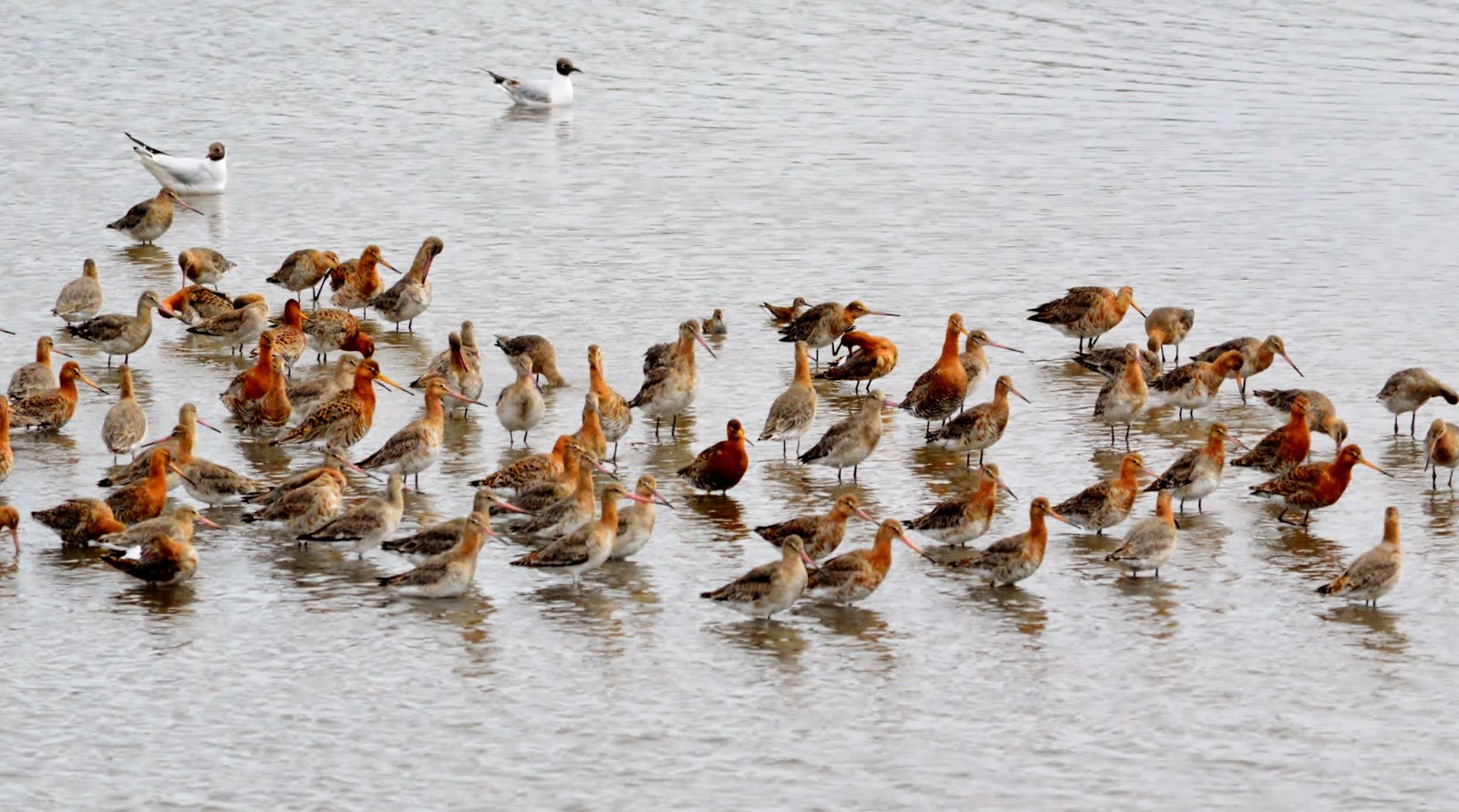 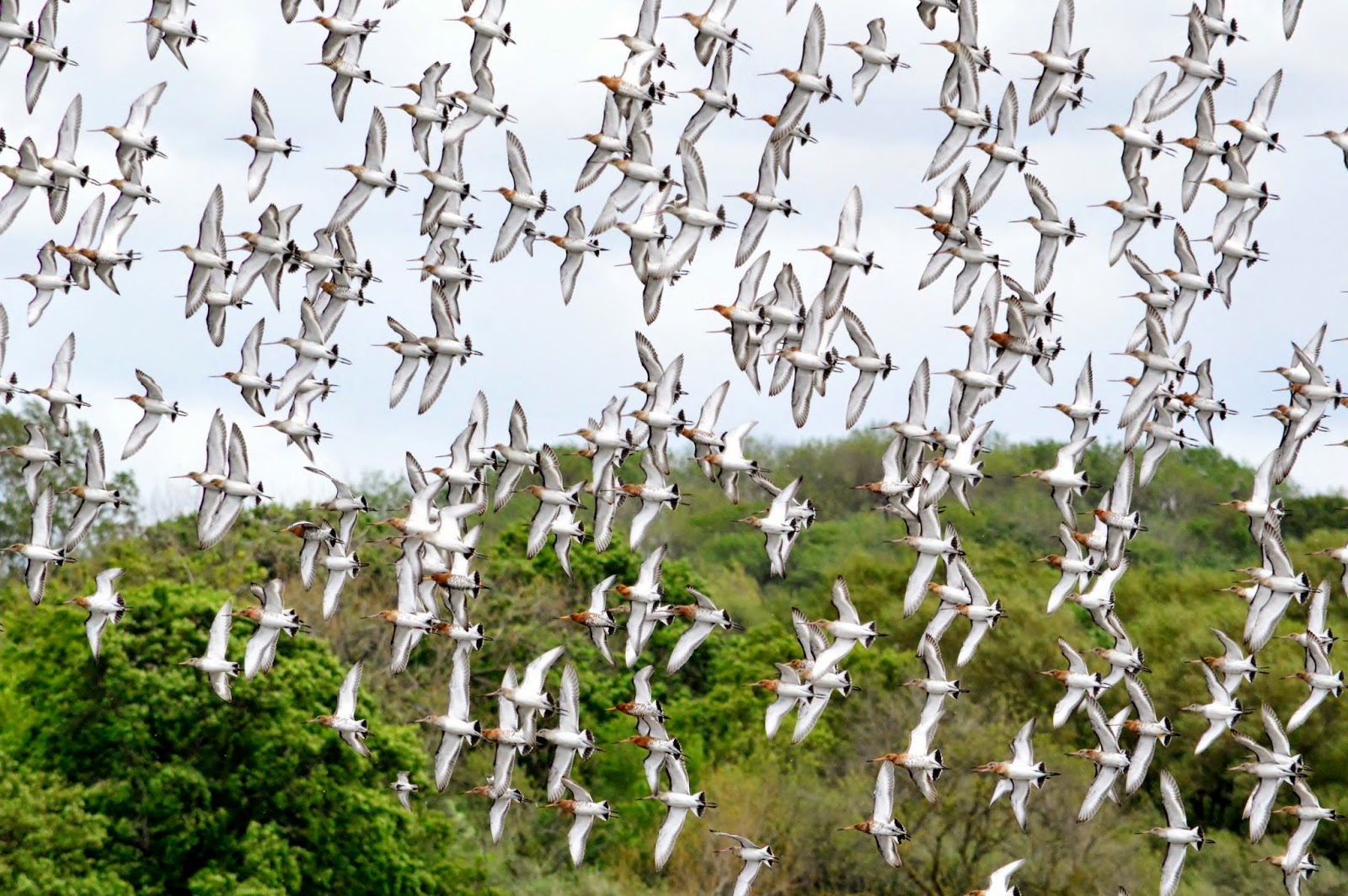 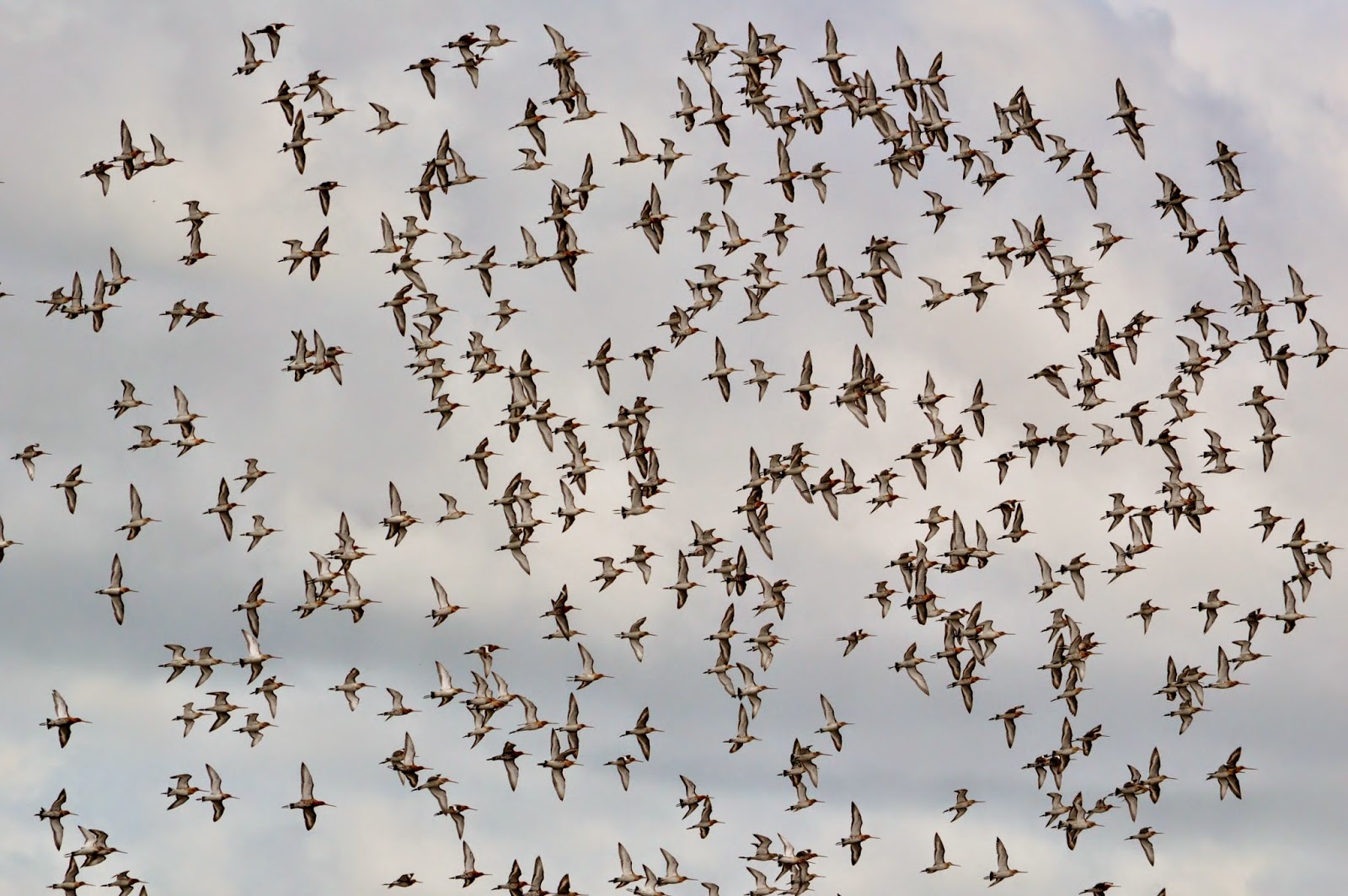 Wow, a great spectacle and a joy to watch. It was about 1pm and we had been out since 8.30am so stomach was rumbling and it was time for home and dinner. On the way back to the car park a Buzzard flew overhead. 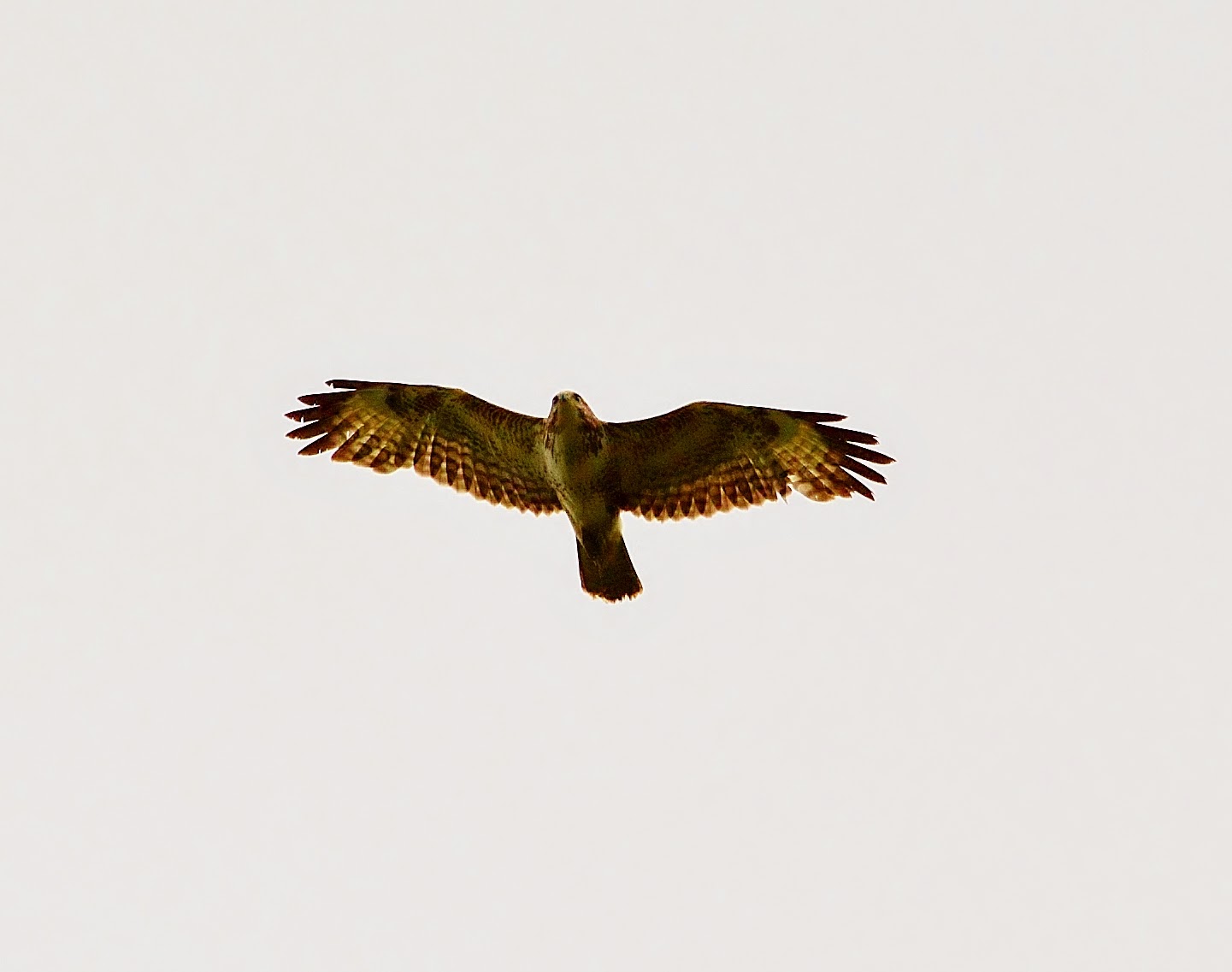 An enjoyable mornings birding and with Shaun going away for a few days with his lovely wife Gillian next weekend, we may just get one more outing in this week after work somewhere (hint hint).