Late on Sunday evening, I made the decision to take the train to Llandudno and do some birding up on the Great Orme. I suppose I was still cheesed off after having the possible Subalpine Warbler last June (small greyish bird in gorse with 'tekk' call), but only a day later, one was spotted and photographed by a local birder and confirmed as a SubAlp. So my mission was to get one for myself...haha asif. Passing Deganwy railway station was a gorgeous bay :- 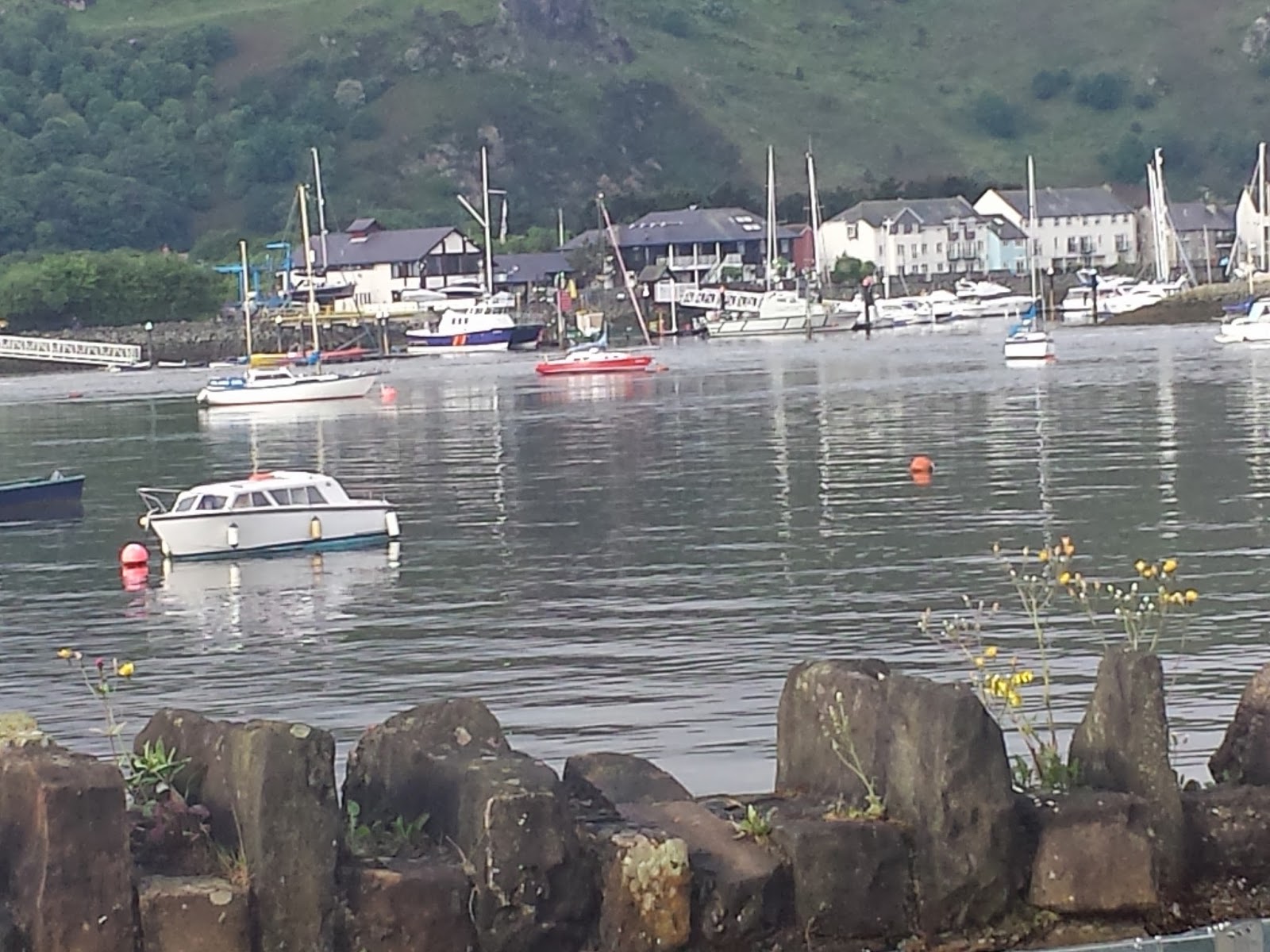 Arriving at Llandudno from Chester at 8am, it had been raining quite heavily and the pavements were soaked. I walked through town and arrived at the Pier and made my way up past the Grand Hotel and into Happy Valley Park, what a lovely place. 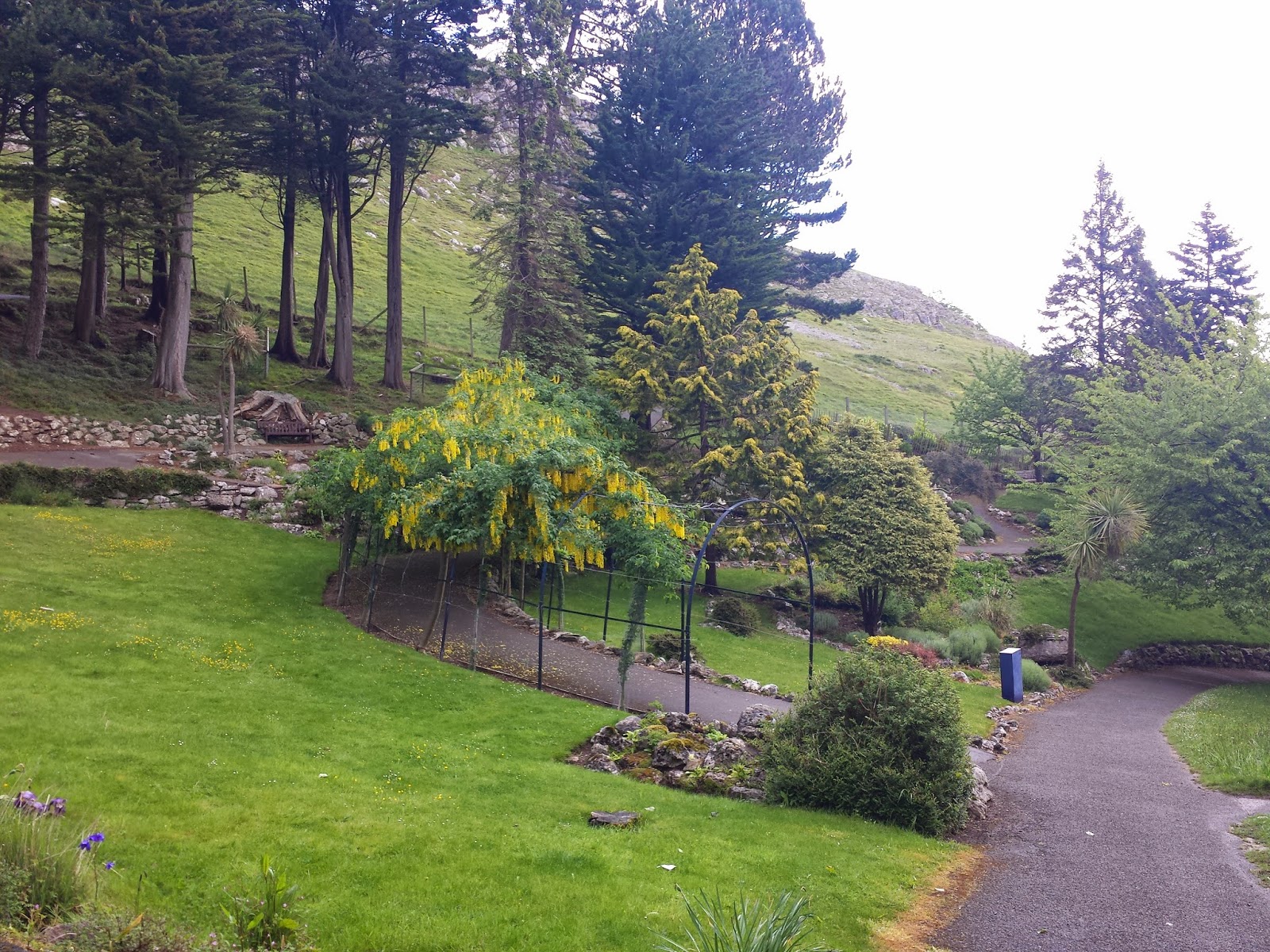 Chaffinch, Goldcrest and Great Tit were singing and a Robin and Dunnock were having a spat (as they do) nearby. As I made my way up the steps towards the ski-lift and the limestone pavement, Goldfinches and a pair of Blue Tits were calling from a nearby tree. Walking up the steps I had a good view out across the pier. 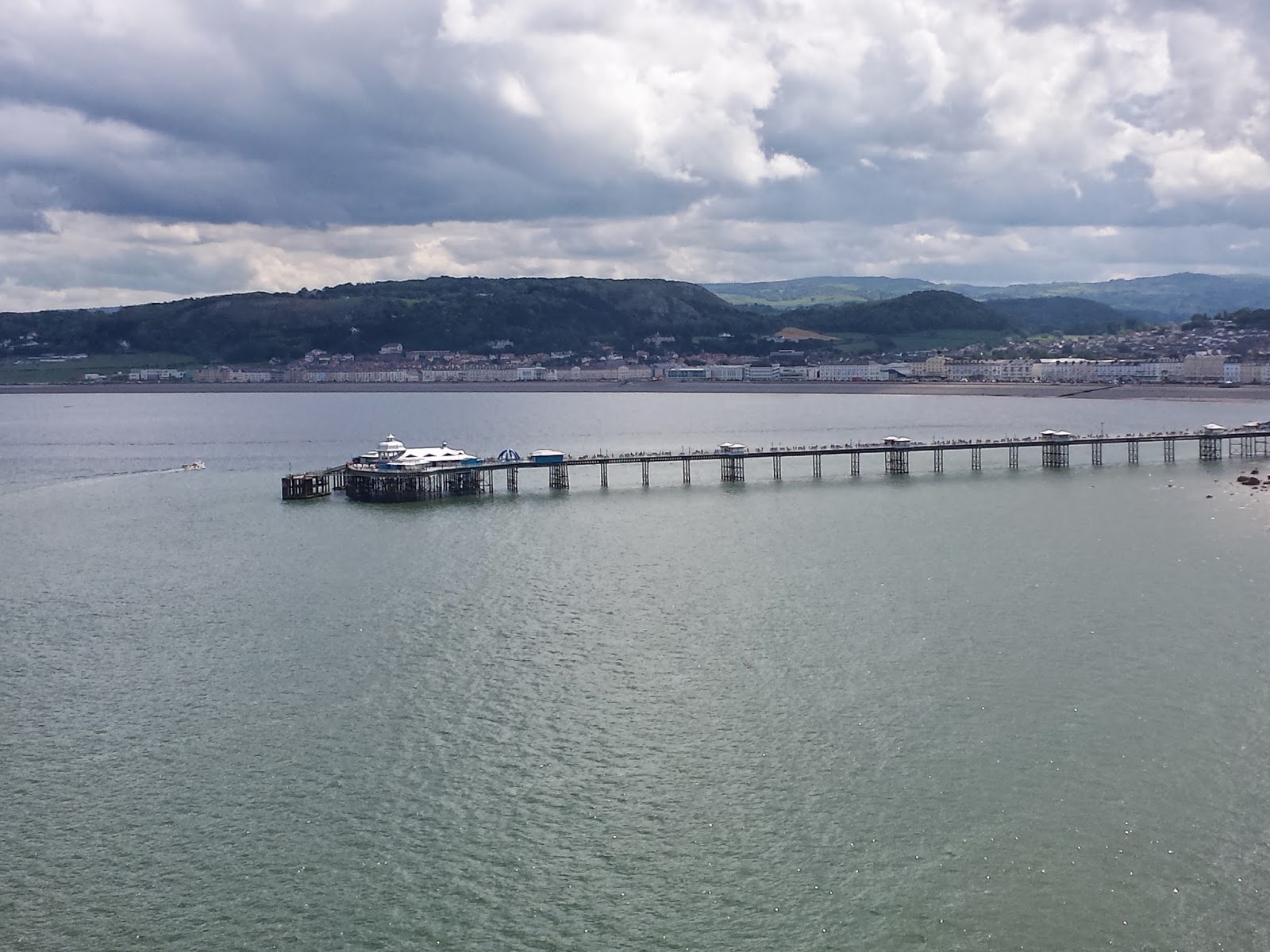 I had not brought my scope as planned on doing a fair bit of walking and it is quite heavy so these pics are just from my Samsung Galaxy S4, so apologies for those photographers who take superb photos :/ As I turned a corner past a few rabbits and jackdaws I flushed a Dotterel!! Bugger me that was not expected and it flew out towards Little Orme, too late to get a quick parting shot :( 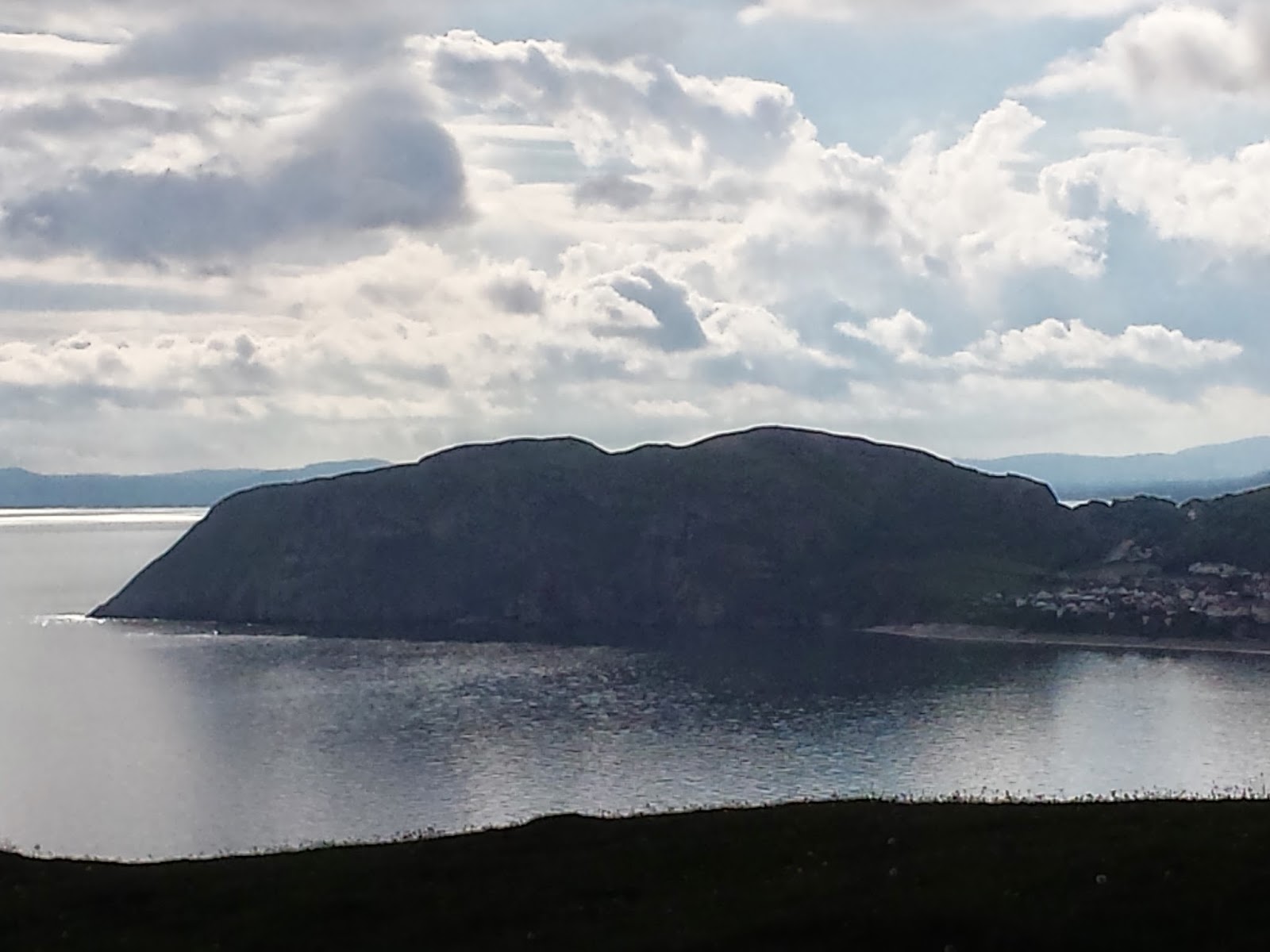 I walked back around towards the Alpine Lodge on the other side and did my best pishing to see if anything emerged. Sadly, just a couple of curious Goldfinches and a young Crow cawed it's dismay at my feeble efforts! I did however hear the familiar sound of young Great Spotted Woodpeckers and sure enough located the nest behind the cabin. Walking further up towards the summit I spotted about six Wheatears and a family of Stonechat with youngsters. Mipits called all around me and there was quite a few Linnets. As I walked further on towards St Trudos Church and Graveyard, I spotted a pod of around 20 dolphins just of the cliff edge and not far from shore, say about 400 yards. Brilliant to watch.

In the churchyard I saw a Pied Wagtail and a few Goldfinch and could hear a Chiffchaff. After a while I came to the cliff edge by the 'rest and be thankful cafe' and sat down for a drink and a sandwich. Looking out on the cliffs I could see Guillemot, Razorbill, Kittiwakes, Fulmar, Cormorant, Shag and a calling Chough flew over. As I was eating I attracted an audience and the jackdaws fancied a few crisps :- see small video clip below

After a rest, I saw a solitary Puffin fly past and a lot of Sandwich Terns were noisily making their way past also. A party of Kashmiri Goats went past and it's amazing how they cling to the rocks and cliff face. This one had been left behind and looked knackered! 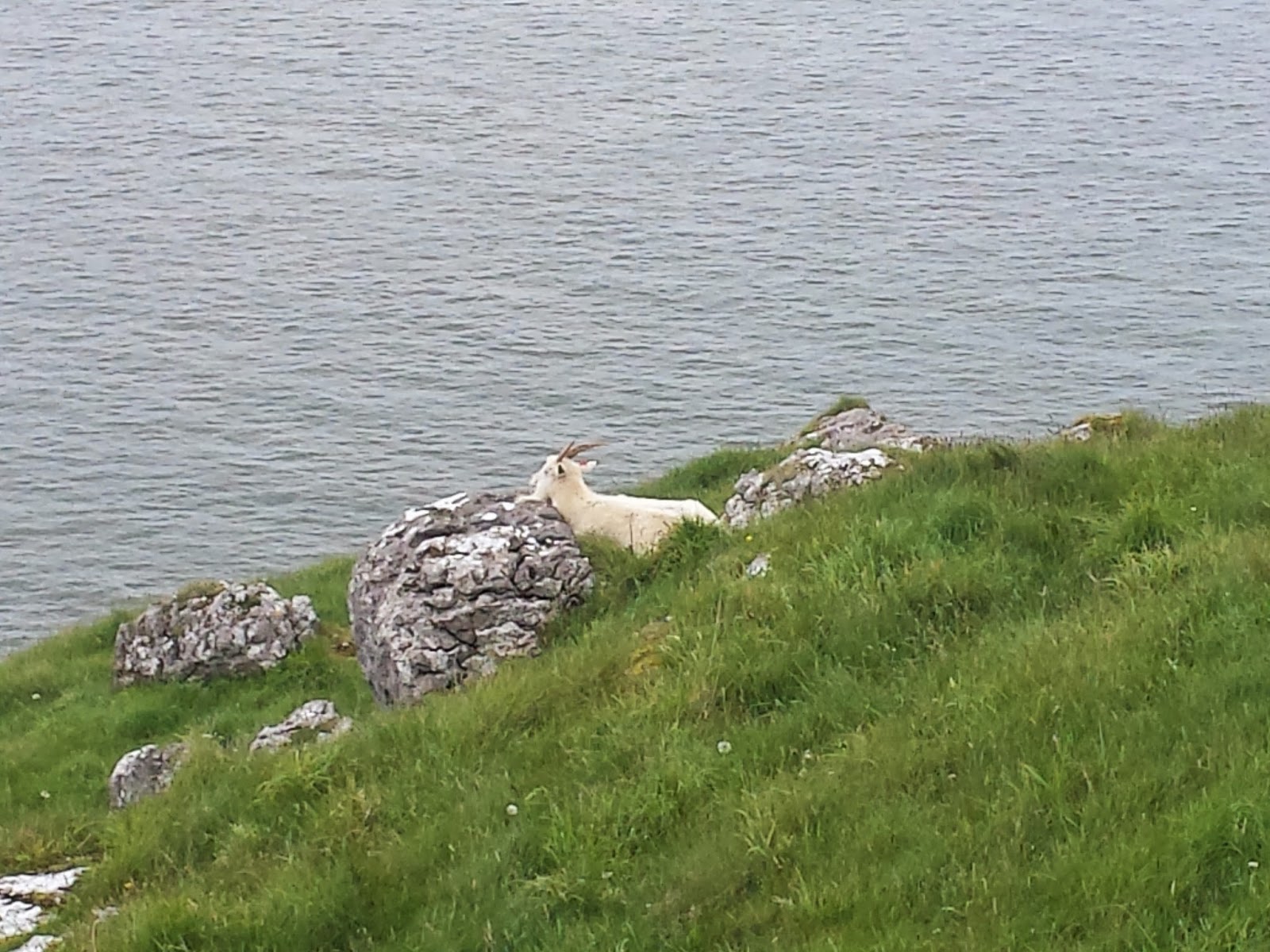 I decided to walk down the road back to Happy Valley, on the way down the path I saw nesting Fulmars (great noises they make at the nest) 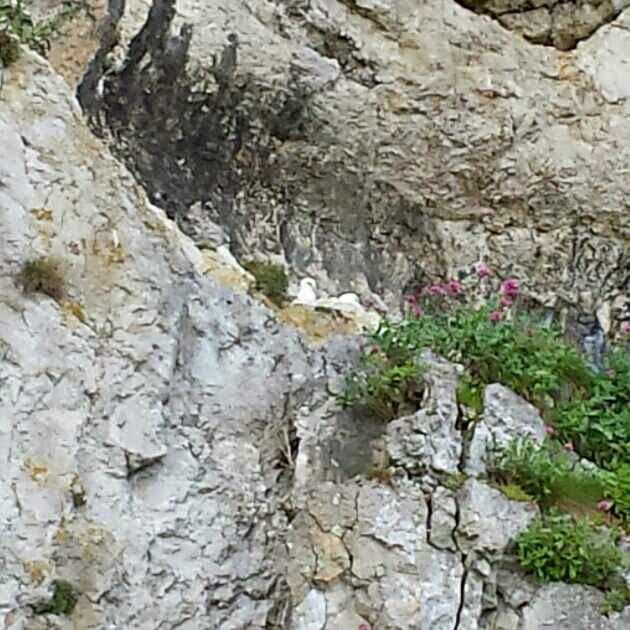 A hangout of Cormorants on a large slab just near the shoreline :- 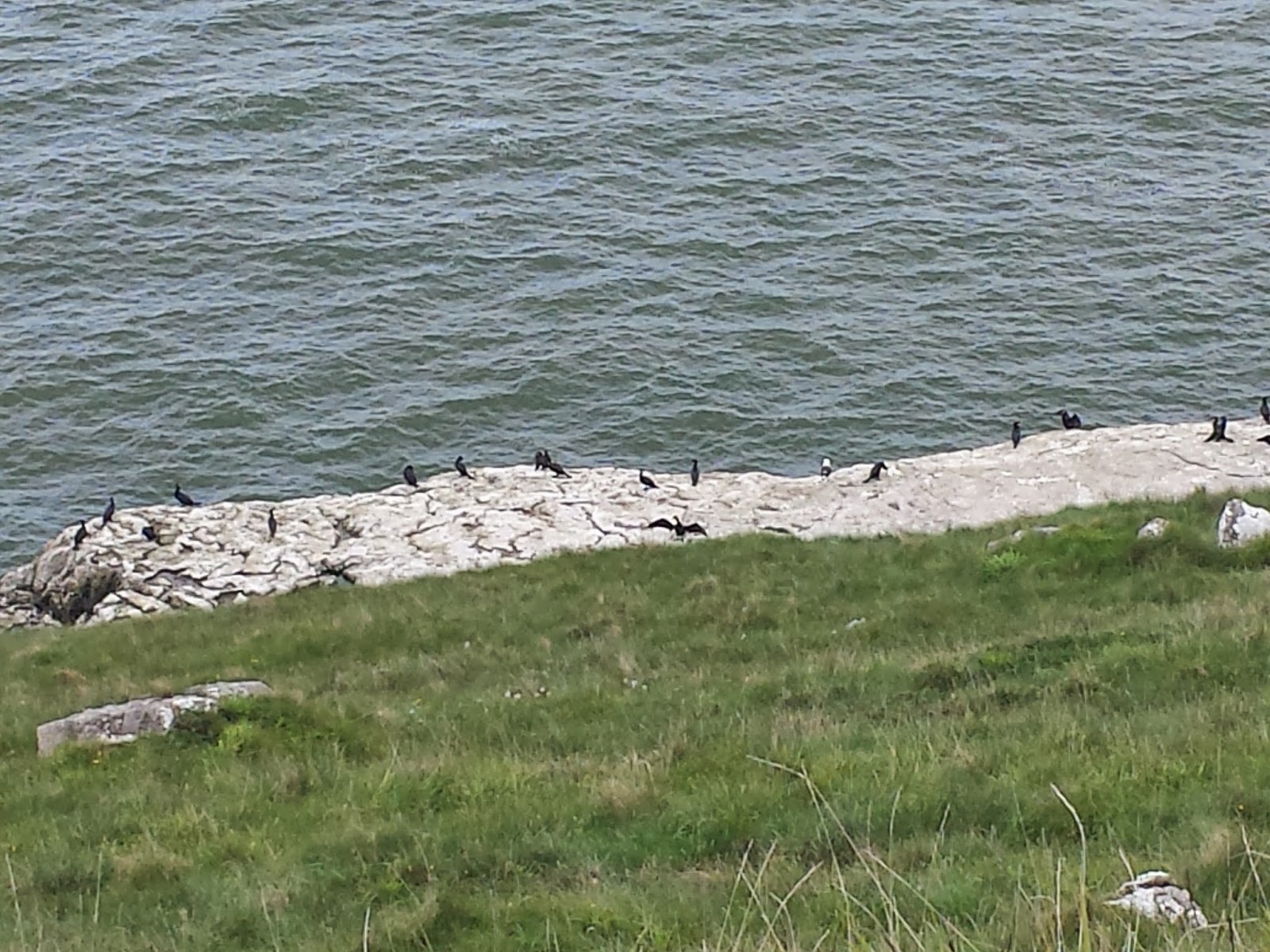 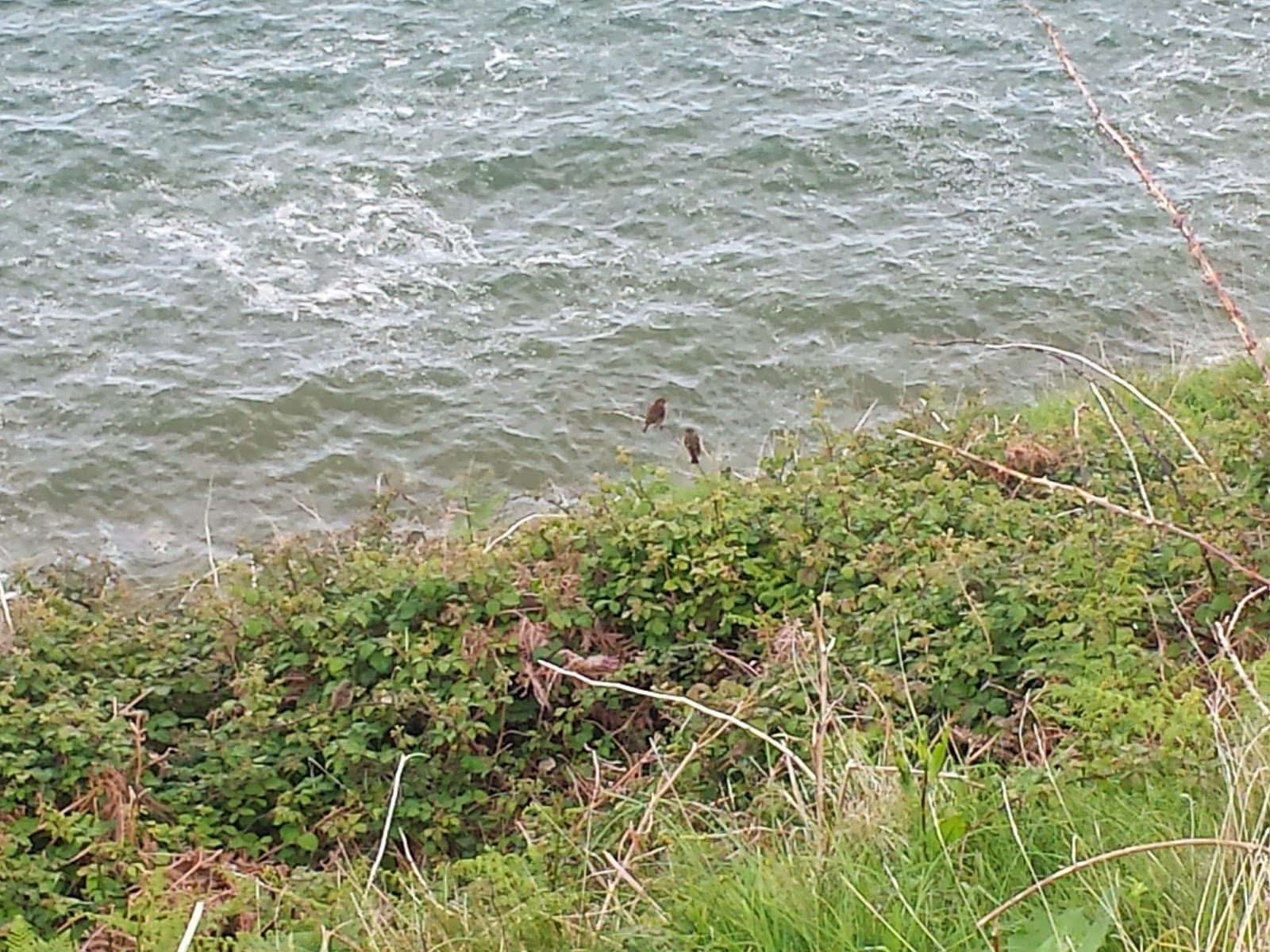 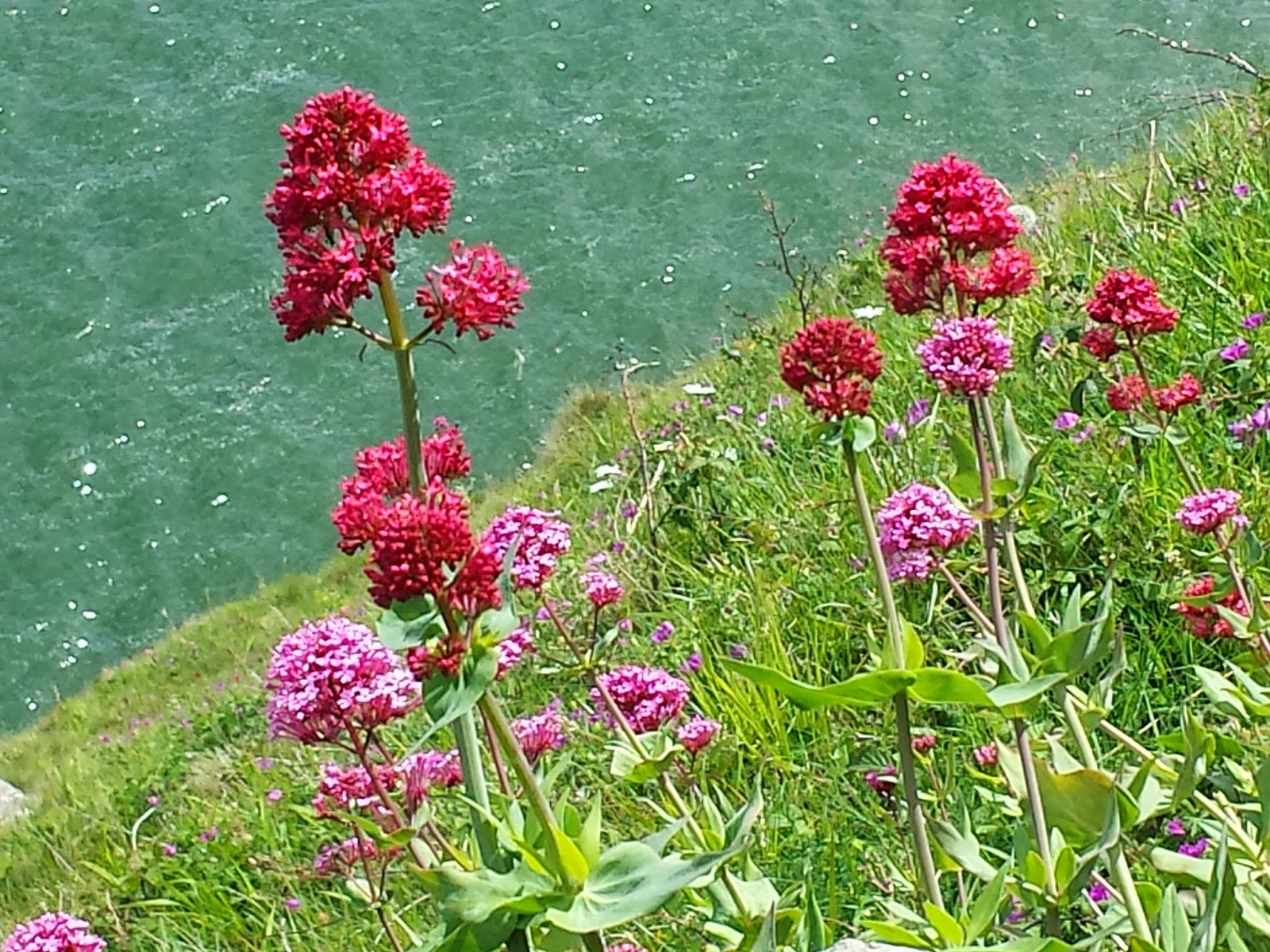 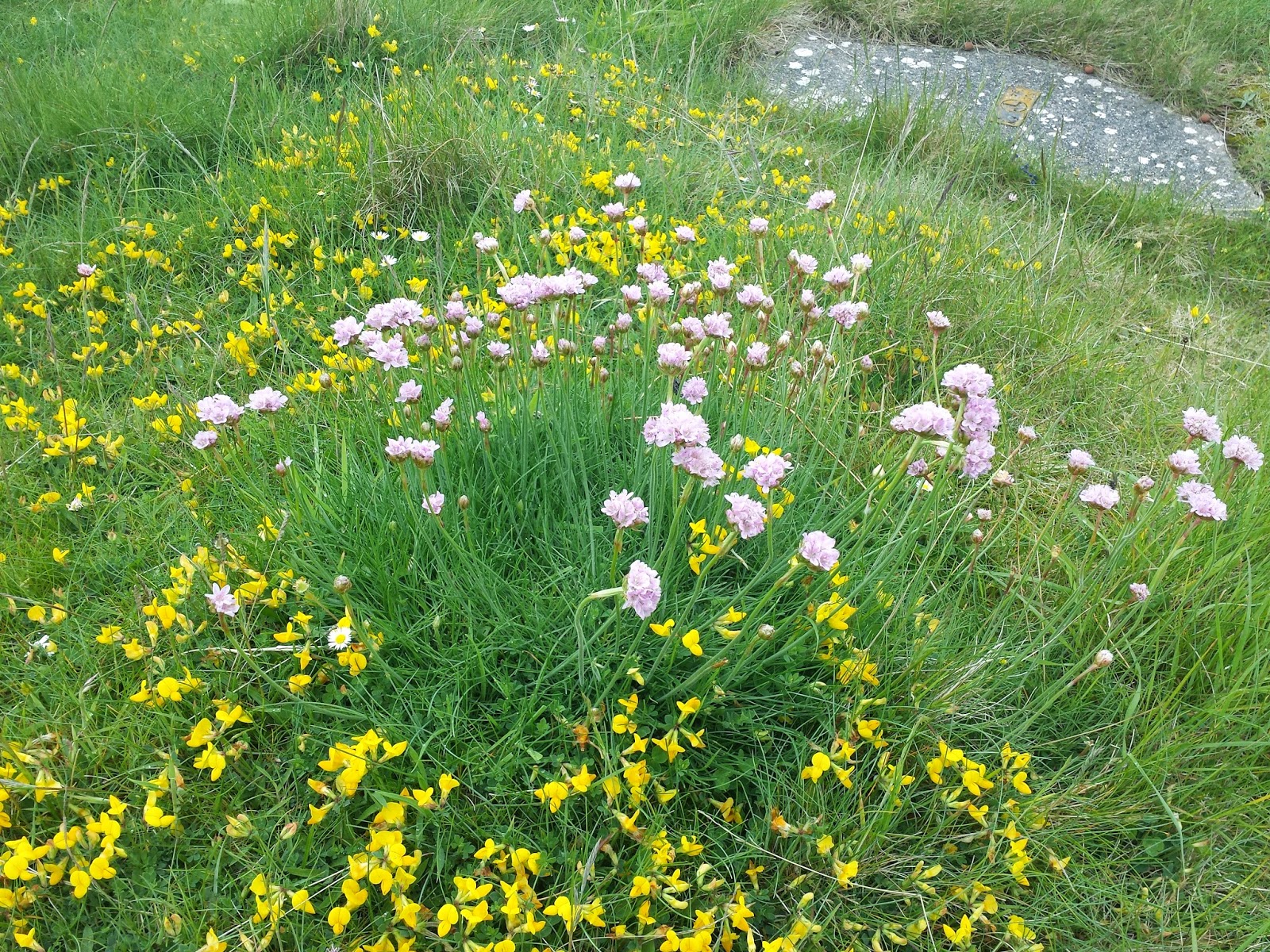 The sea was flat calm and the wind turbines were not operational. 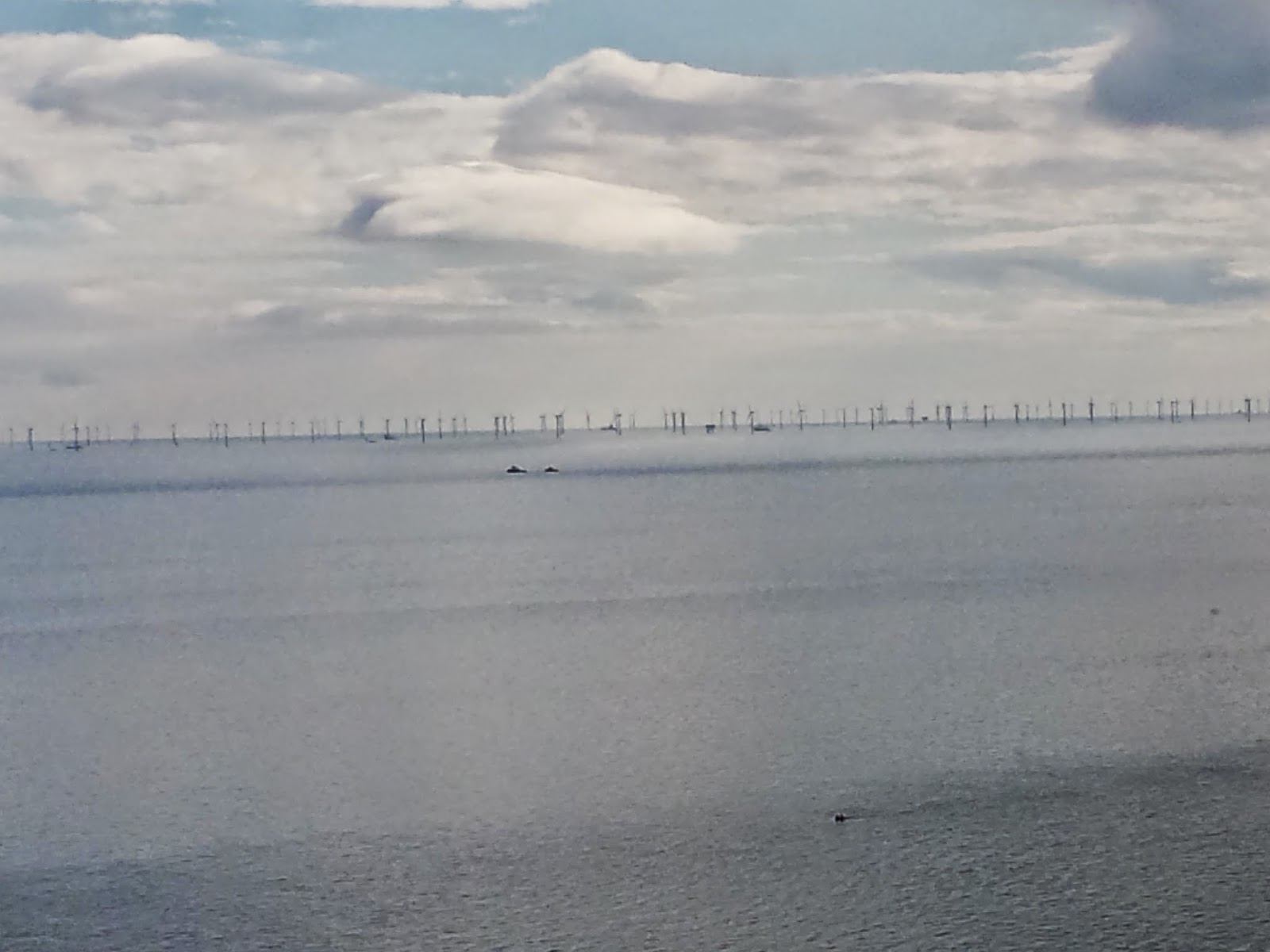 There was a curious structure that blended in with the limestone. Thinking this is probably an old pilllar box for sea defences? 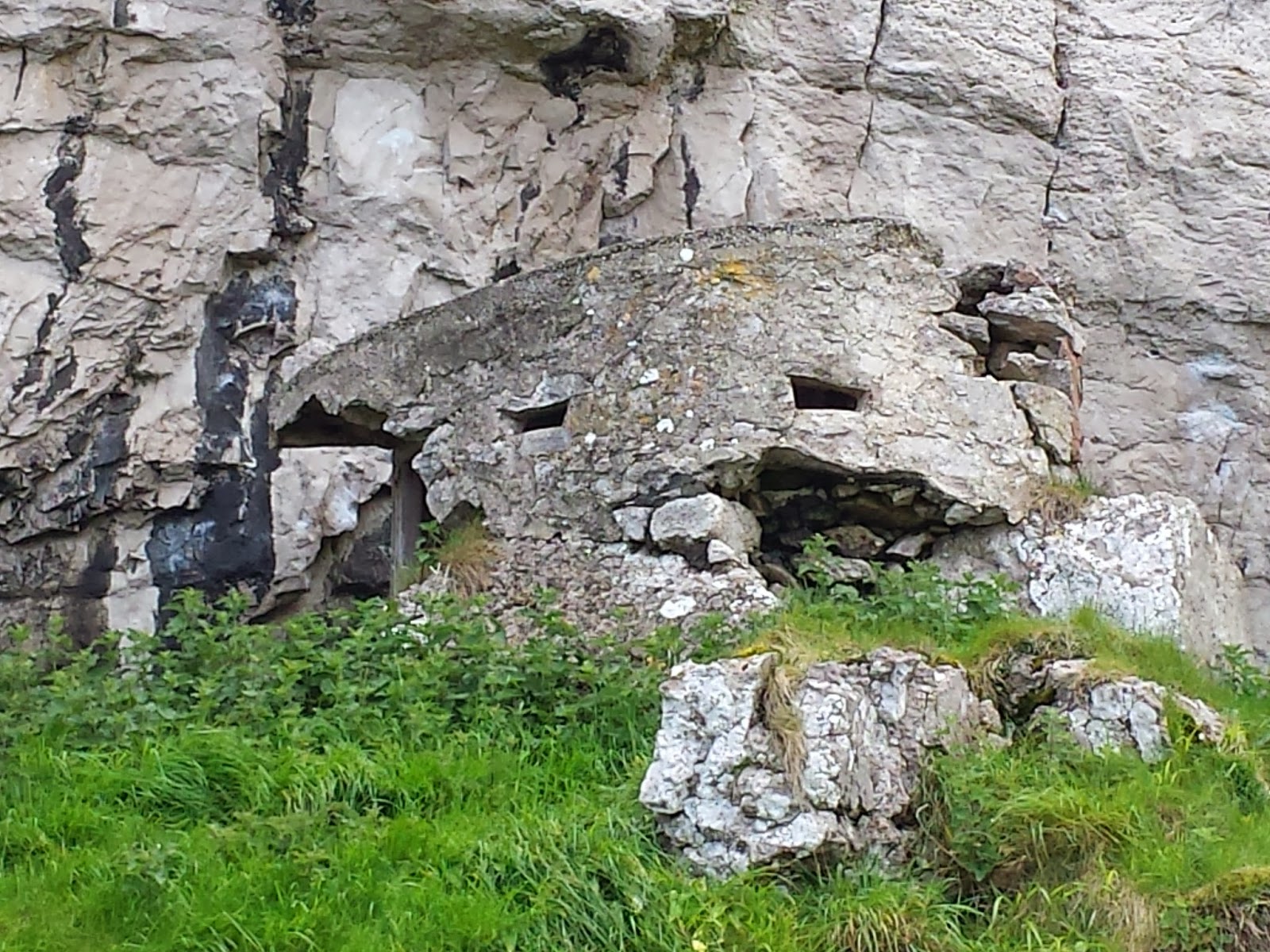 When I reached the bottom, I decided not to watch Punch & Judy as everybody else seemed to be doing on the seafront, but opted to get the train to Llandudno Junction and have a look around RSPB Conwy. Upon arrival I saw a Coot with young and a pair of Great Crested Grebes on nest. Singing Sedge Warblers and Willow Warblers could be heard. On the way to the Benarf Hide, I saw a Lesser Whitethroat which after observing had a mate on a nest in nearby bramble, again the sharp 'tekk' giving it away! I walked out of the reserve and down the estuary and saw Grey Heron, Shelduck, Little Egret, numerous Gulls, a Buzzard overhead and a Wheatear on the rocky shore. Also a great view of Conwy Castle. 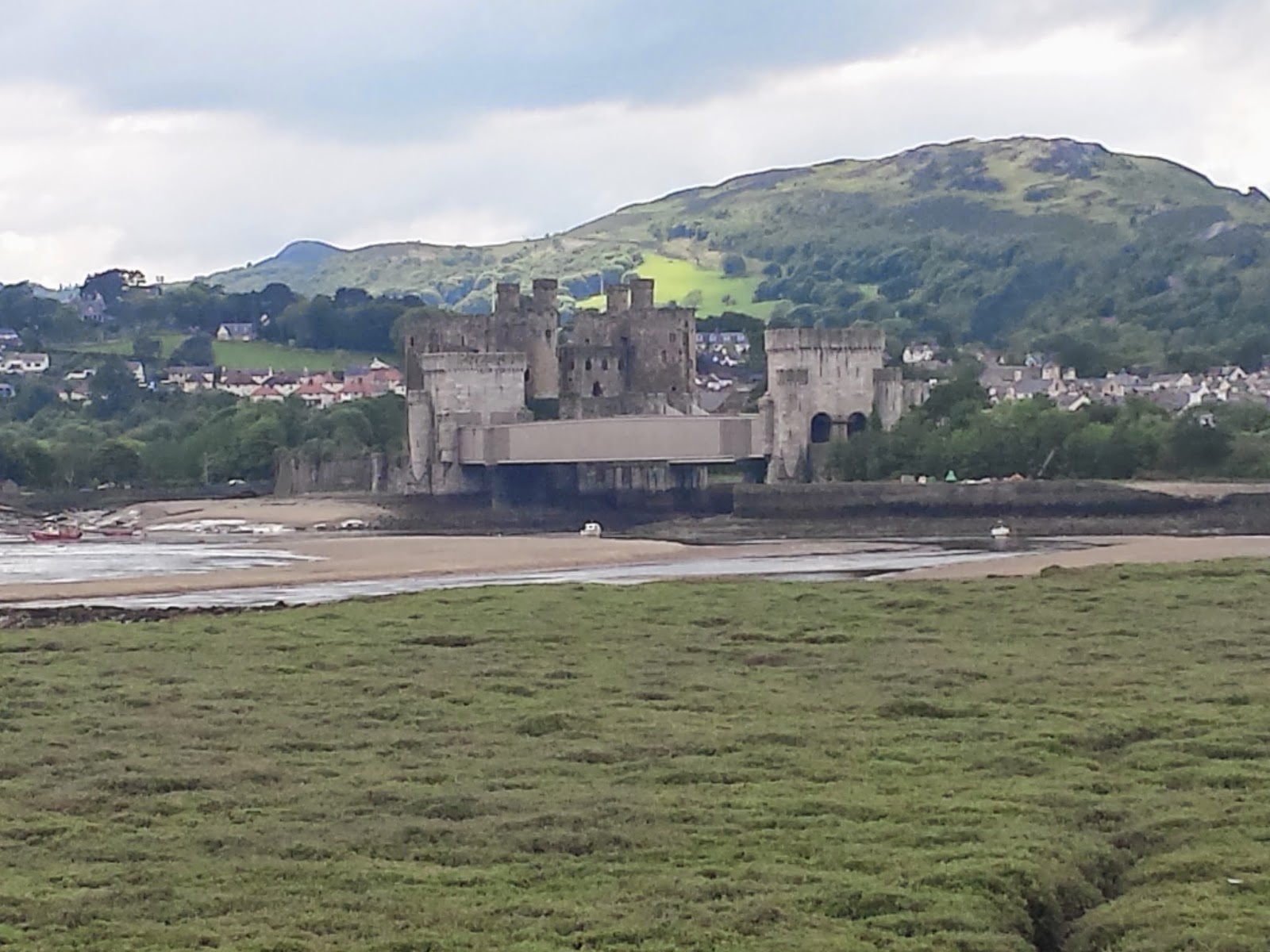 Train back to Chester and Merseyrail back to Overpool, I arrived in at 7pm and slept like a log. A very enjoyable Bank Holiday birding day out.