Having been earlier in the week, it was only right to take another look at the stunning Red Necked Grebe and the Lesser Scaup. My brother in law Gary was keen to see the RNG in it's stunning summer plumage and a bird rarely seen on the west coast let alone locally, but more regularly in winter on our East coast. So an opportunity not to be missed :)

Arriving in the Landrover we drove up towards Redwall Reedbed and parked up and donned in suitable attire (wellys) it was very muddy after many birders had slugged through the mud, we made our way down towards the River Weaver. I set the scope up and straight away could see at least five Great Crested Grebes, some Shelduck, Tuftys, Coot and Mallard. No sign, hmm, had it flown? Walking a bit further up, eureka, the Grebe emerged from the depths not more than six metres in front of us! 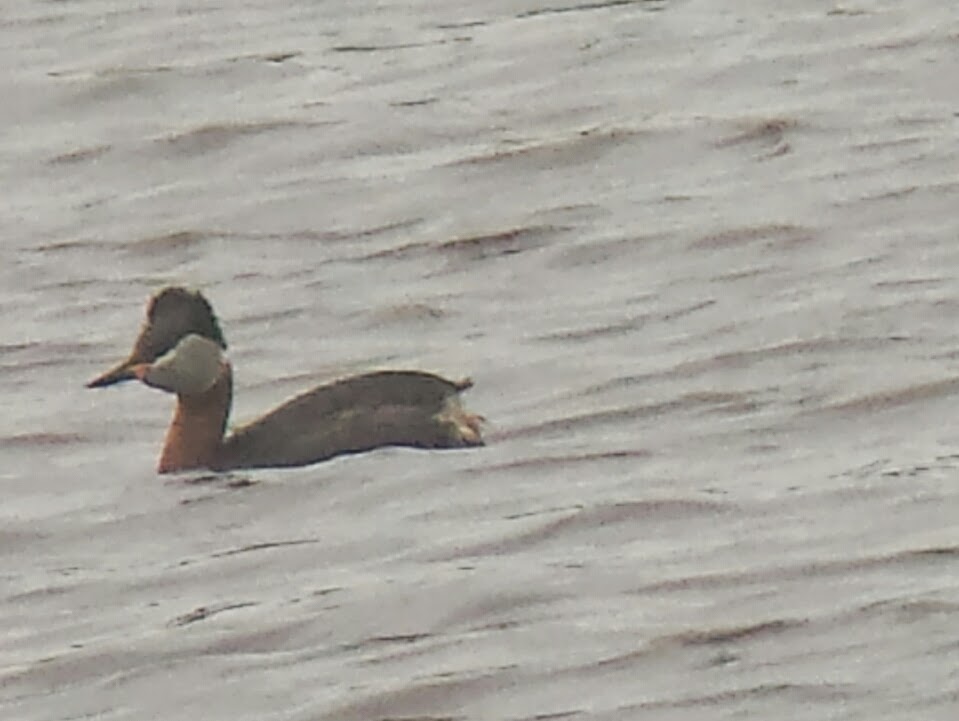 What a stunner!!! The bird was feeding and was regularly diving down for fish. These images are not the best but were taken phonescoping so best I could do given the light (very poor) at 7.30pm. 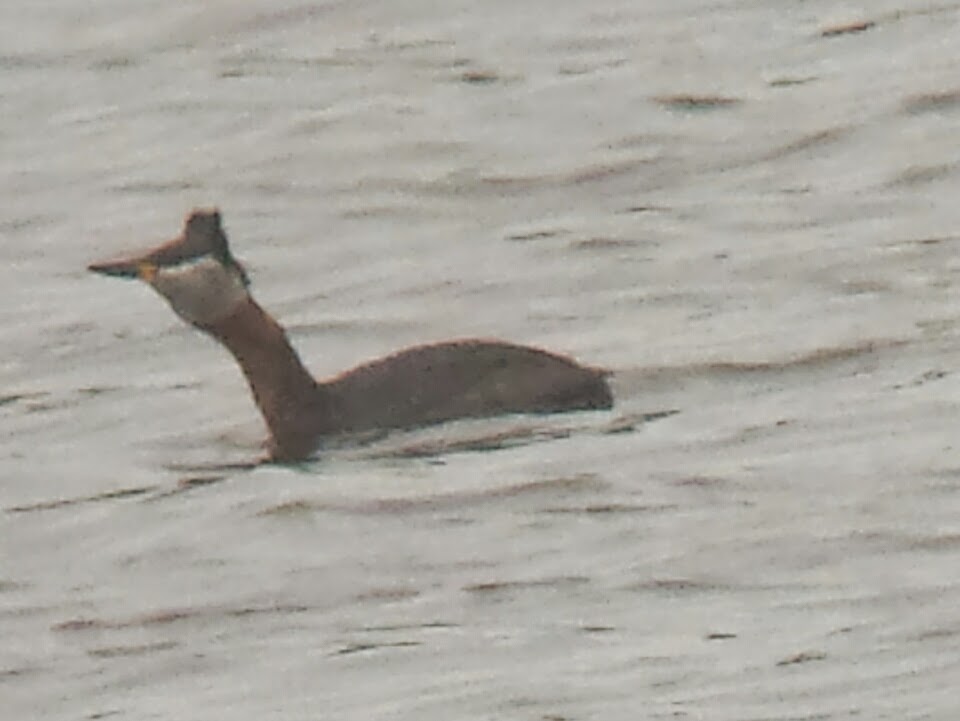 A bit of neck extending and a shake of the feathers and then down to catch another small fish :) Success, Yummy. 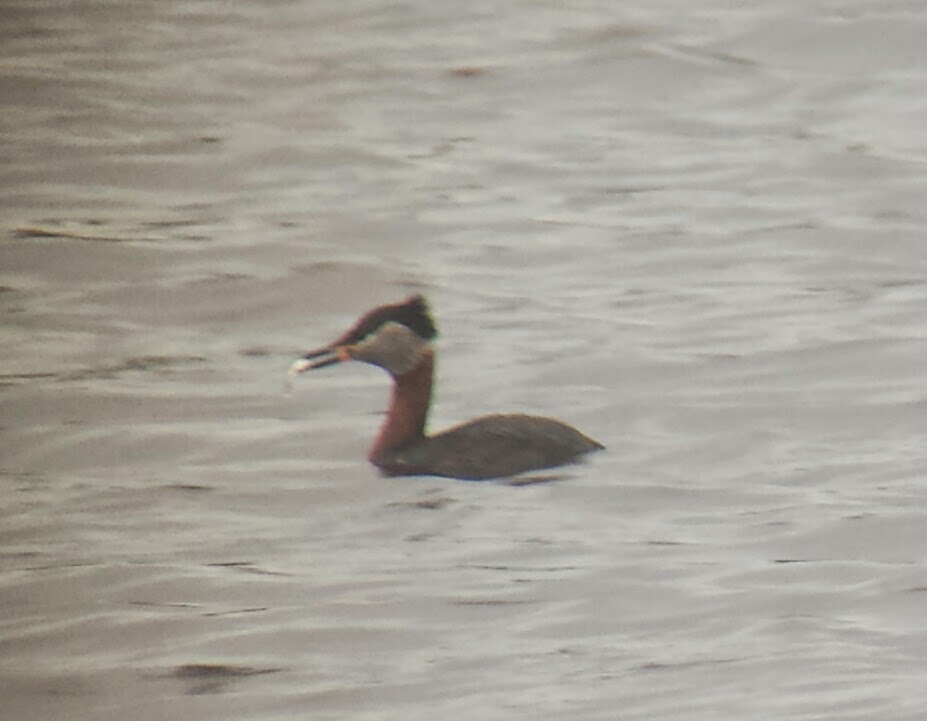 The little tufts that could be seen on the back of the head were so cool and the bird really was a show off, tonight there was only me and our Gary, a couple of other birders and Mr Bill Morton himself. Forgot to ask Bill, but I'm sure they have had a May Red Necked Grebe before, but back in the late 80's early 90's? If anyone can recall. 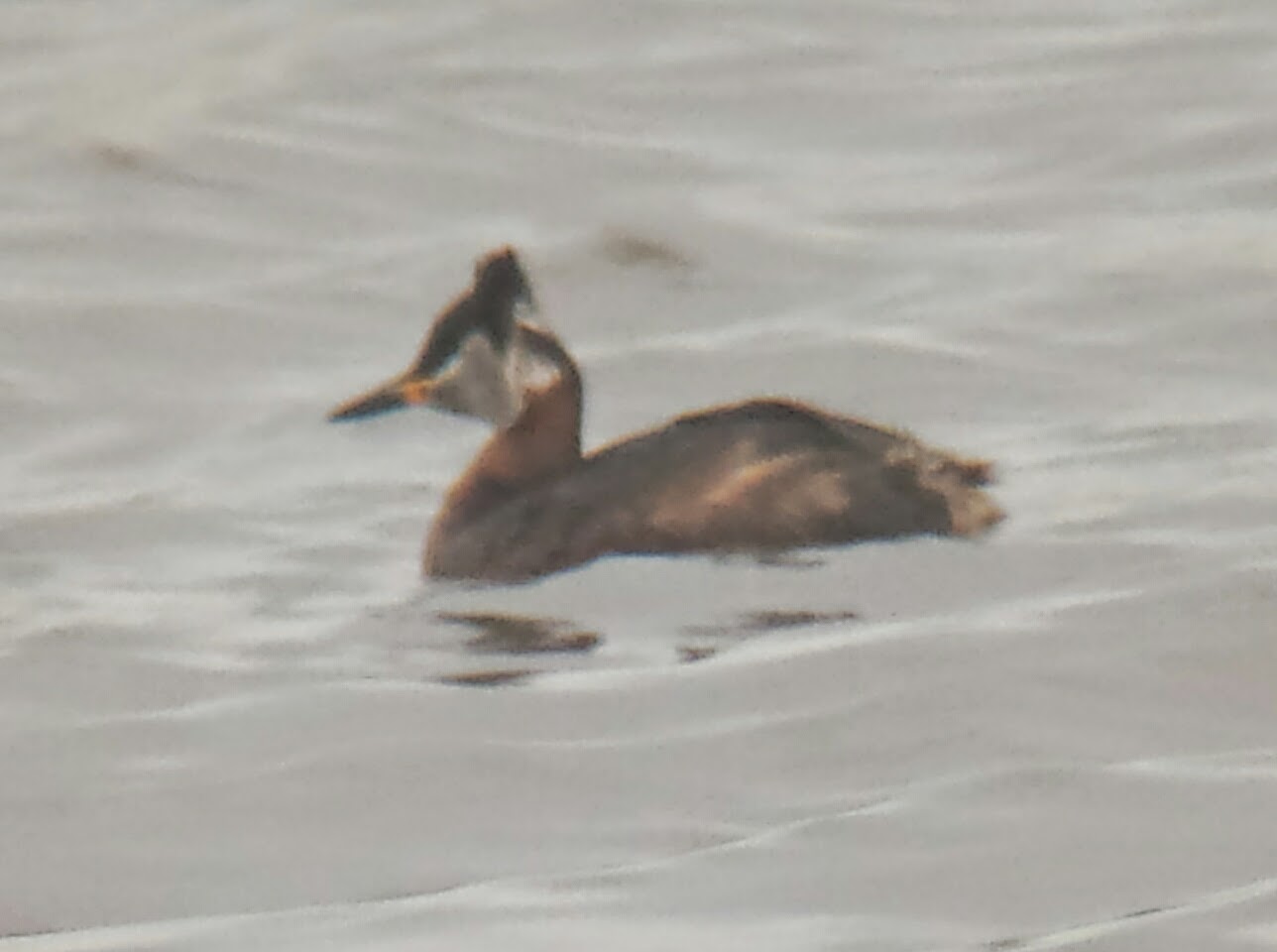 After a while watching with which our Gary was chuffed as the bird was a lifer for him, we moved on to try and see the Lesser Scaup (or Little Bluebill) on No6 tank. Walking up the track to No6, it was literally seconds before we spotted the Lesser Scaup. I had seen a much closer Lesser Scaup at Burton Mere Wetlands last year, but still great to see the North American *vagrant but quite a way out. I managed a couple of record phonescope shots before the gloom descended. 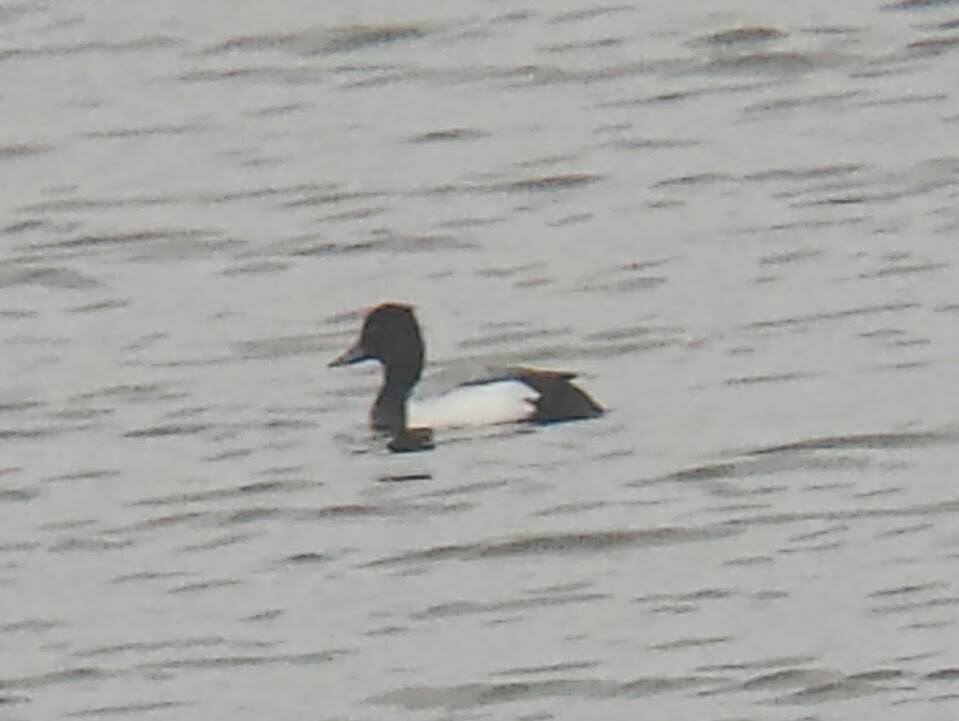 This fine drake bird has a small tuft on the hindcrown and a whitish grey back with darker vermiculations. You can just make out the black nail at the tip of the bill in this next shot. 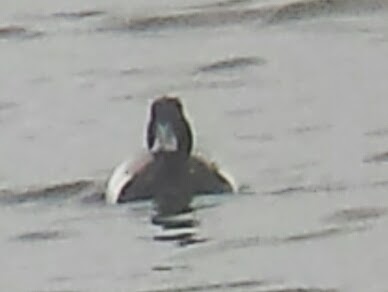 And a final shot before the bird moved closer to the bank and out of sight. The bird had been diving down and feeding and prior to presumably going to a quiet spot to roost, was joined by a pair of Tuftys. 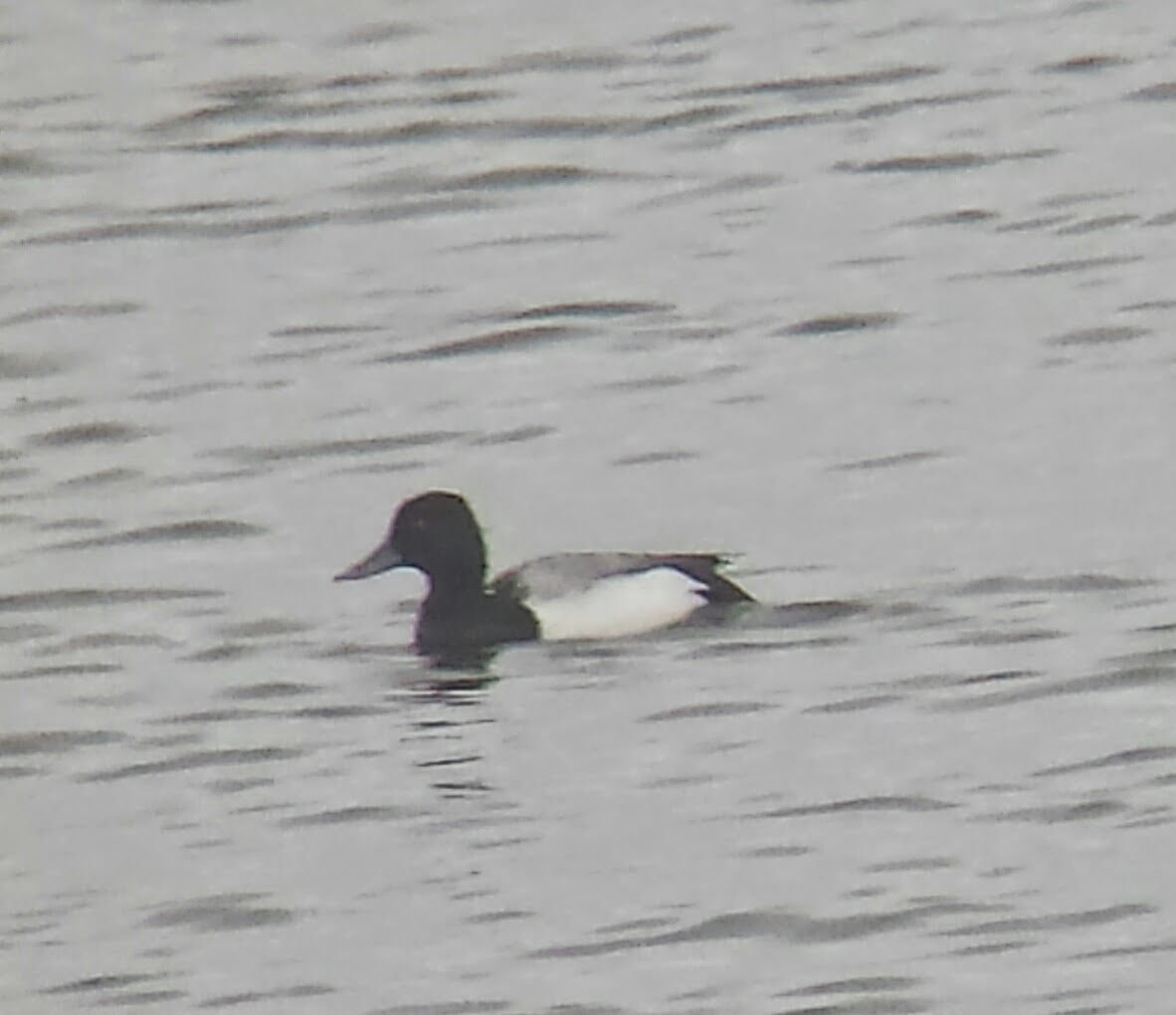 Two more ticks, to go to my adding yearlist, which not even into June and I have already surpassed last years total of 210.

Happy days and an excellent evening with other birds spotted including Avocet, Red Legged Partridge, Sedge Warbler, Chiffchaff and a Kestrel and Peregrine resting on a Pylon!