Last month I managed to get some decent pictures of juvenile Peregrines that were due to fledge from their man made box at Vauxhall Motors in Ellesmere Port. This was thanks to a kind security guard who let me into the plant and took a keen interest in my fondness for birds and wildlife in general. On my way out of the plant, I encountered another guy across the road who seemed interested in my scope & tripod and enquired what I was up to. When I explained I was a birder, he kindly offered me a visit and tour of the water treatment factory opposite Vauxhalls in North Road, so this Saturday myself and my photographer colleague Shaun, paid Tony a visit.

Arriving at around 8am, we buzzed at the gate and the electronic gates opened up to the Trade Effluent & Water Treatment Plant. After a quick tour by Tony, we set off around the site, to see what we could find, first up was a man made lake that is around 20ft deep, this is used if ever their is a fire at Vauxhalls and is an added water resource, it's also good for the odd duck. We disturbed a Shelduck into flight and a solitary female Tufted Duck paddled around in the middle and a Moorhen was in the margins. 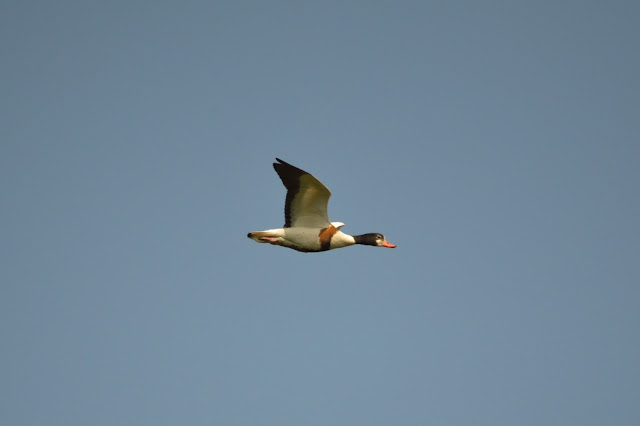 On the West side of the plant is an area that allows rainwater from Vauxhalls roofs and drain systems to cross underneath North Road and flow like a river through the plant and into the Manchester Ship Canal. This area was surrounded by trees and we saw Chiffchaff, Willow Warbler, Great Tit and Long Tailed Tits all around us. Down on the banks of the water, we caught sight of a family of Grey Wagtails and Shaun managed a shot of this fledgling enjoying the warm sunshine. 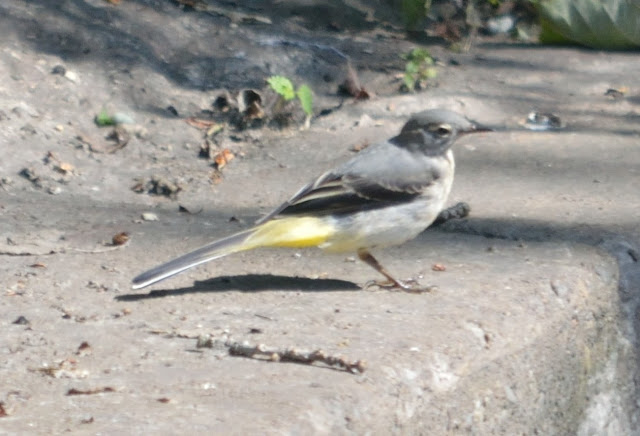 Tony had kindly allowed us access to the Manchester Ship Canal and we went through the plant gates out into Booston Wood which is opposite Vauxhalls and runs adjacent to the MSC. Lots of small birds were calling and a family of Nuthatches graced us with their presence and we watched as they scaled the large Oaks climbing up and down in search of insects. 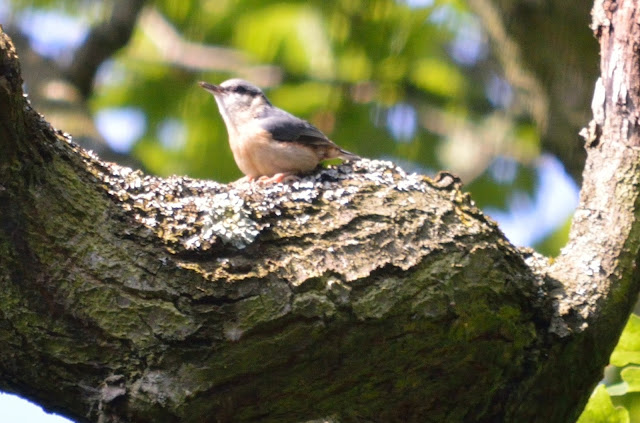 We had a quick look on the Canal and flushed a Mallard with ducklings and also a couple of Common Sandpipers. Shaun spotted a Kingfisher flying low across the canal before it disappeared into low branches further up the waterway. A couple of fine tugboats powered up towards Shell and these flushed at least a further half dozen Common Sandpipers that flew in front of the boats with their comical almost clockwork toy like wingbeats :) A Curlews plaintive cry could be heard across on the River Mersey mudflats.

Walking back through the woods, we investigated a plot of land that used to be used for Motorcross and has now turned into a fabulous wildflower meadow perfect for insects and birds. Swallows and House Martins flew all around us hunting the small flies and insects that were rising in the ever increasing warmth of this gorgeous Summer Day. I spotted a lot of Whitethroats and it was evident there was a few youngsters about and Shaun got this shot of one that posed for us whilst preening. 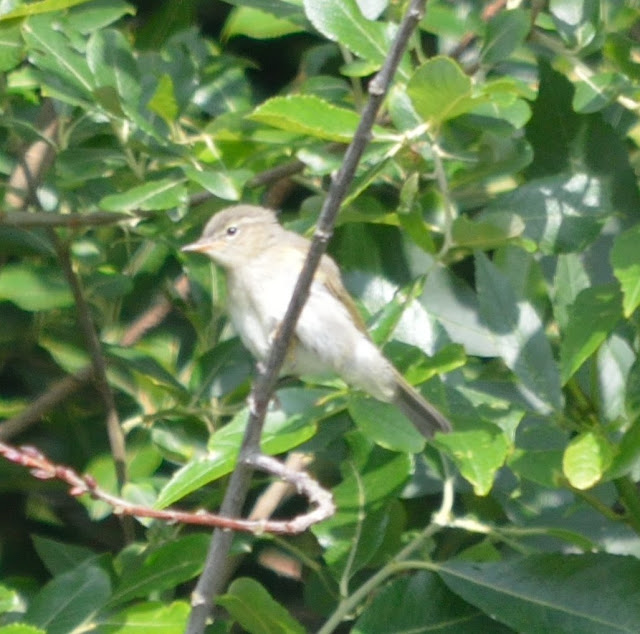 Burnet Moths, Red Admirals, Damselflies and Broad Bodied Chasers were in abundance and it truly was a great little plot of land and a haven for wildlife in general. 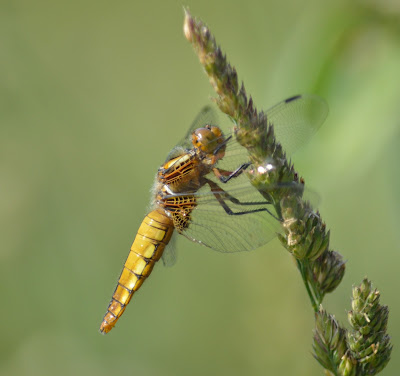 We only had a few hours as Tony (plant manager) leaves around 10.30am at weekends so we thanked him immensely for allowing us to visit the site and he said it was no problem and we were welcome anytime. Always nice to leave a good impression and then you may be asked back :)

Shaun had some business in Hawarden so we travelled across the border into Wales and then we stopped in afterwards at Shotwick Boating Lake. This can be seen from Burton Mere Wetlands reception hide, if you look out front and then over to your far left, you can make out the masts of the small boats that use the facility. I had never been before but upon arrival there did not appear to be much doing. It was not long though before the piping calls of a solitary Oystercatcher were heard and he/she was sitting out on a buoy keeping an eye on proceedings. On the very far side of the lake, some kind of training session was going on for Newfoundland rescue dogs and they were making a right old racket!!

As we walked around the lake we saw Whitethroat and Linnets on the perimeter fence and a Swallow flew onto the top of a building to see what we were up to. 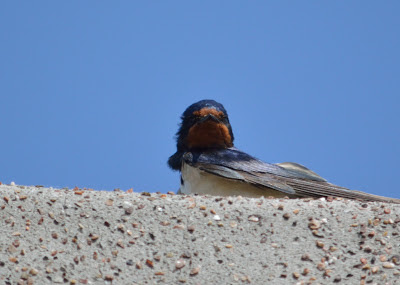 Out on the lake were several Mute Swans and right in the corner was a large group of Coots who seemed to have claimed this part of the lake to themselves.

As we were leaving, we bumped into some more Common Sandpipers whom seemed to be out in force today, Shaun managed this nice shot of a bird on the rocks at the lakeside. 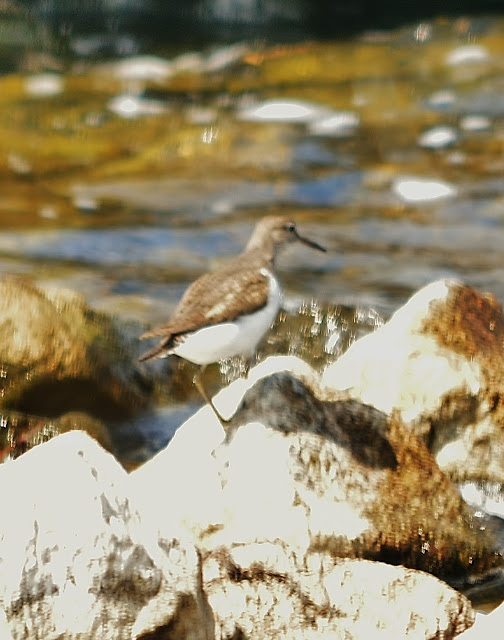 It was far too hot now, so we decided to call it a day and head off home for a rest and in my case a few drinks up at the Groves Club in Ellesmere Port later on in the day (much needed).