1st birding trip out since my return from Spain, so was keen to see what was at the local reserve up at Burton. Upon arrival, the doors were wide open as the weather had been very warm over the weekend, unfortunately this had facilitated hundreds of flies into the reception hide which made viewing through the windows awful, so we did not stay inside long and went down towards the barn.


Quite a few Avocet chicks had been born and were scurrying around on the islands on the scrape :) 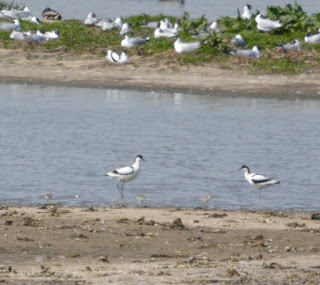 Black Headed Gulls and a couple of pairs of Common Terns were also nesting. The usual Tufted Ducks and Coots were on the near pool along with Canada Geese and some goslings. 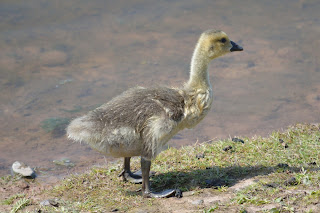 Up by the barn Shaun spotted some Whitethroats flying up from the hedgerow, also accompanied by a singing Sedge Warbler. 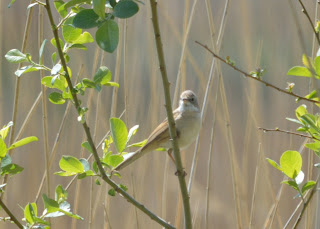 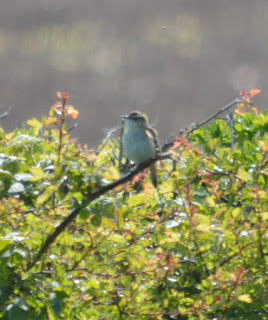 Not a lot else was present by the barn, just the odd Linnet and some Lapwings could be heard in the fields further out on the marsh, occasionally taking to the skies to ward off the Carrion Crows! Just then around a dozen Mute Swans flew across from the direction of Shotwick boating lake. 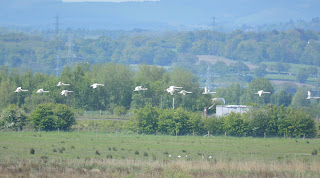 Walking back through the reception hide and out towards the feeders not a lot of small birds could be seen, however the warm weather had brought the Carp to the surface and there were some rather large splashes as they fed near the top. When the ponds were netted prior to the RSPB purchasing the mere from Terry Knight, they took a lot of the fish out and removed to Denhall Fisheries, however an awful lot remain. 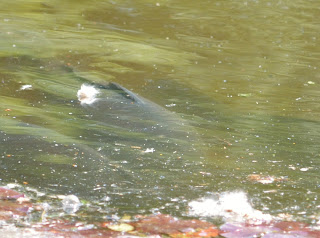 Making our way to Marsh Covert Hide, we spotted a Cuckoo flying over the reedbed, the Swan was still on the nest and numerous Sedge Warblers were rattling away. The Little Egrets nesting in the wood have settled down and are nowhere near as noisy as they were a month ago, thankfully! The Cuckoo was showing well from the hide, it was out beyond the gate and gave good views perched in bushes and on top of reeds. It was constantly mobbed by Reed Buntings and I was wondering if it was a female looking for a suitable nest to lay its egg. 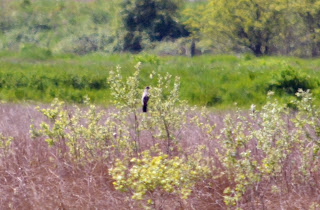 Quite a few butterflies were out in the warm sunshine and this small tortoiseshell was pictured by the feeders. 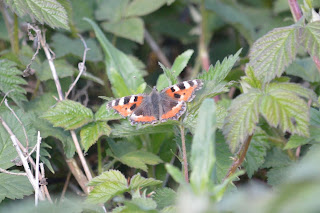 Time was getting on and as we we had both been out the night before, Shaun in Chester and me at the Groves watching the footy we were both nursing hangovers. It was therefore time to make it back home for much needed grub and forty winks at our respective abodes. Not a bad two hours birding.