Decided to meet up with Paul at Frodsham, so after catching the early train from Overpool, I arrived at Ellesmere Port at 06.50am. I then caught the Northern rattler up to Frodsham and walked from the station down Marsh Lane and onto the Marshes.

It was a clear bright morning and after Sundays sighting of an overhead Glossy Ibis, I was on the lookout for anything unusual above. I could hear Chiffchaffs singing away and spotted a Pheasant in a nearby horse paddock.

Paul arrived at around 8am and we walked up the path that leads to No6 sludge tank and on the way encountered some Goldfinches in nearby bushes. 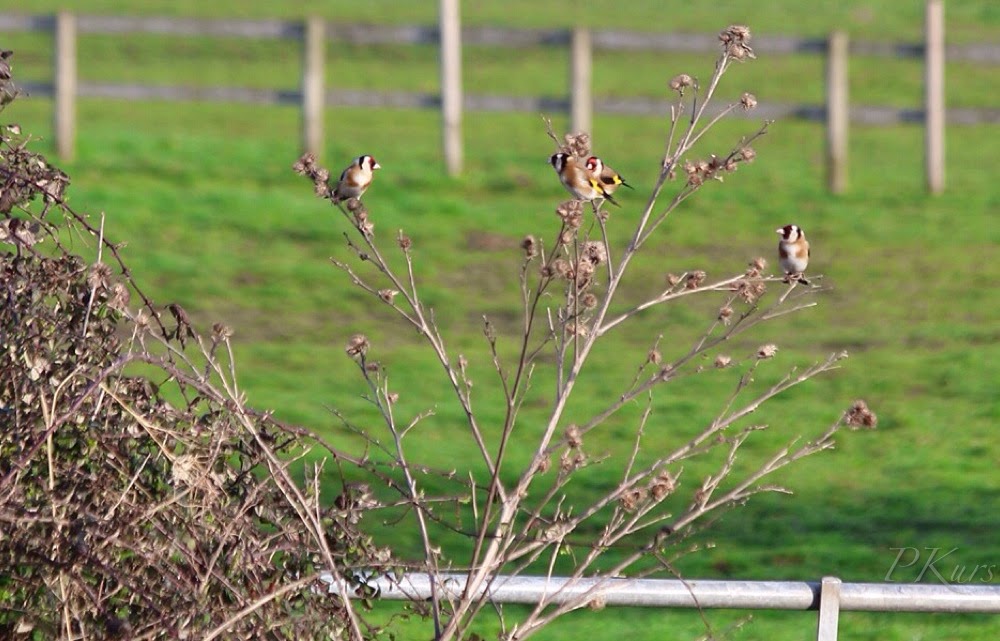 A quick glance through the scopes produced Shelduck, Teal, Mallard and a few Shoveller. A flock of about 20 Common Gulls over on the mudflats of the lagoon was the only other birds out there.

It was quite windy and a hunting Kestrel along the path up to No4 Reed Bed did it's best to hover in the stiff breeze. We flushed a hen Pheasant from the nearby track and a few rabbits also darted for the safety of their burrows. Numerous Buzzards were having their usual tet a tet with the local corvids and a couple of large Ravens cronked their annoyance!

Skylark song was all around and the odd mipit also got up calling loudly. No other small birds of note apart from the odd Reed Bunting. On the pool at the top of the path just before No4 bed we saw Tufted Duck, Gadwall, Mallard and about eight Moorhens and a solitary Coot. No sign of the Marsh Harrier alas as we walked back down the path towards Lordship Marsh. We did spot a birdwatcher though who had climbed the embankment of No 6 tank and was on the inside of the embankment hiding behind reeds. I thought you were not meant to go over the embankment or skyline it!!

A couple of Whooper Swans remained in fields further out past Lordship Marsh but no sign of any Wheatears despite thorough scanning of rocks and mud mounds. It was very quiet so we opted for a quick trip up to Burton Mere Wetlands.

Nothing of great note to report here, but Paul managed some shots of a Little Egret and a Black tailed Godwit from Marsh Covert Hide. 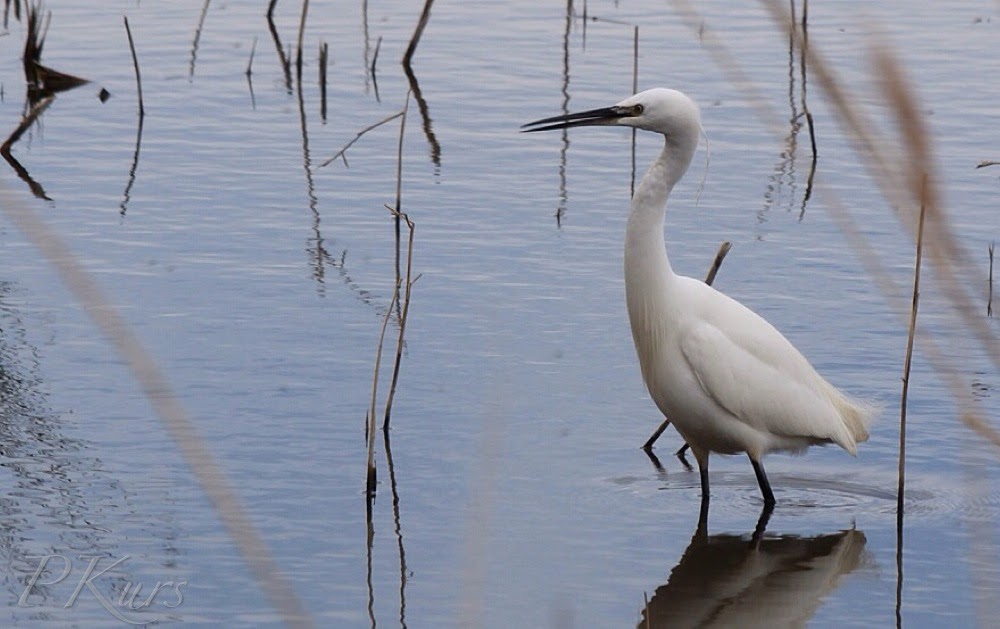 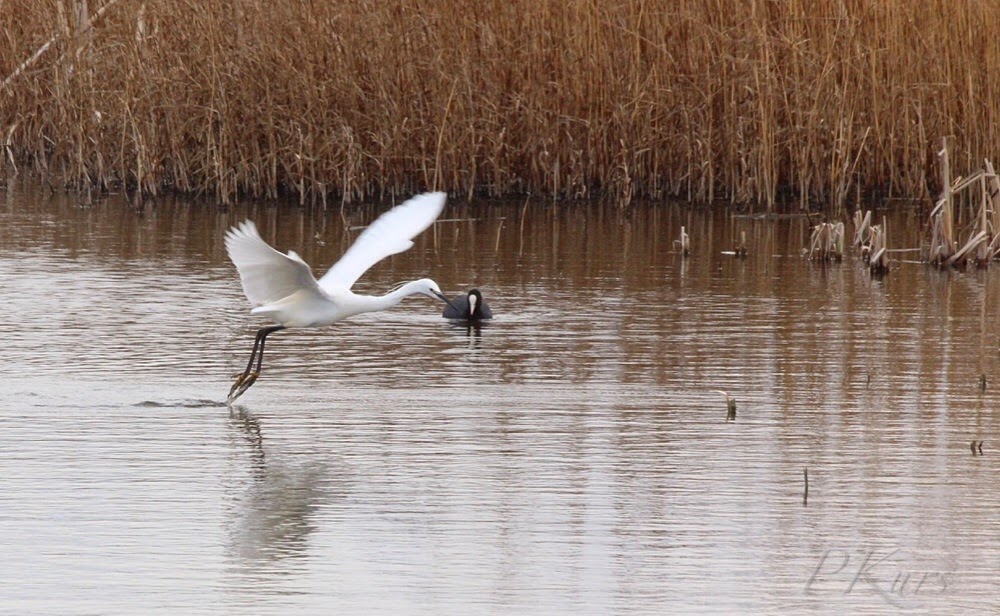 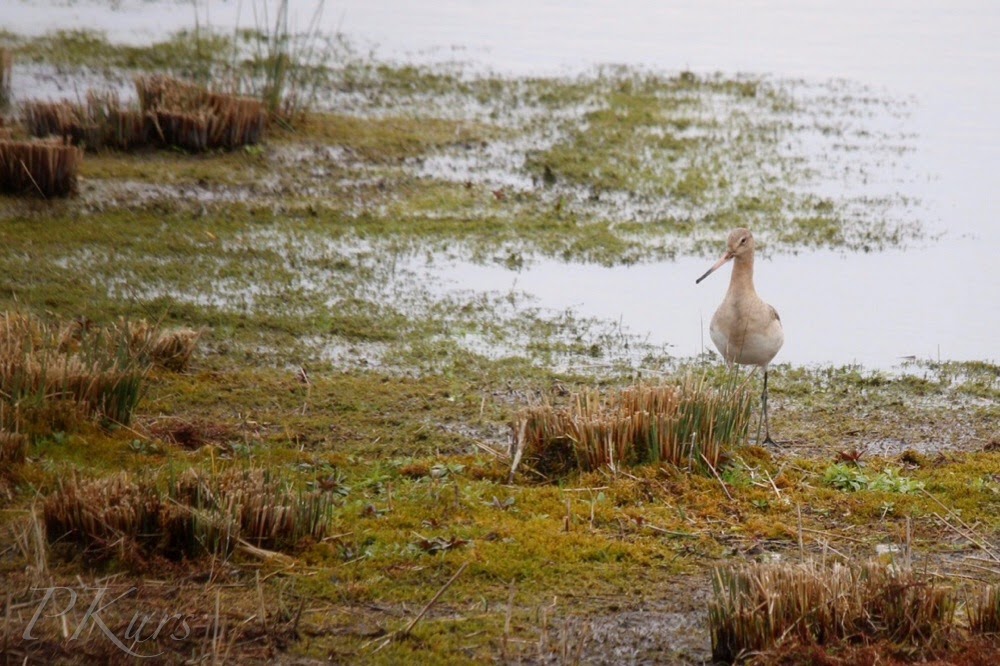 On the way out of Marsh Covert Hide we were alerted to calls of Redwing and in an old dead tree we spotted several Redwing with a few Fieldfares and a Starling. With the backdrop of singing Chiffchaff it heralds the departure of the winter visitors and the arrival of our Spring migrants.