It was good to catch up with my old mucca Shaun as our last visit out was early New Year. Today was WeBS (Wetland Bird Survey) count on the River Mersey and weather was fine and sunny. As Shaun arrived he told me he had spotted the Green Woodpecker on the park at the front and I explained I had heard it's maniacal laugh earlier in the morning! Song Thrush, Dunnock & Great Tit were all belting out their songs like it was the first day of spring! Let's hope we don't have a late winter like last April, although it's looking increasingly more likely.

Arriving at Stanlow at 9am, we checked in with security and obtained our passes, today we had 8 counters which is the maximum as the ferry only holds 9 including the ferryman! The minibus picked us up and took us over to the ferry area and with a toot of his horn to notify the ferryman, we disembarked onto the pier area. On the Manchester Ship Canal we could see two Coots, first count of the day! All aboard, off we set for the brief journey over to Stanlow Point. The South Shore of the River Mersey and tidal Estuary is a mix of fresh and seawater generated by the tide's ebb and flood. This is in the top 10 sites for wildfowl and waders in the whole of Britain. Today a 10.2 metre tide was forecast for 12.45 so we expected the whole saltmarsh to be covered! First up we see the River Gowy and it's tributary as it flows into the Mersey. This is excellent for Teal and Redshank who feed in the creeks. 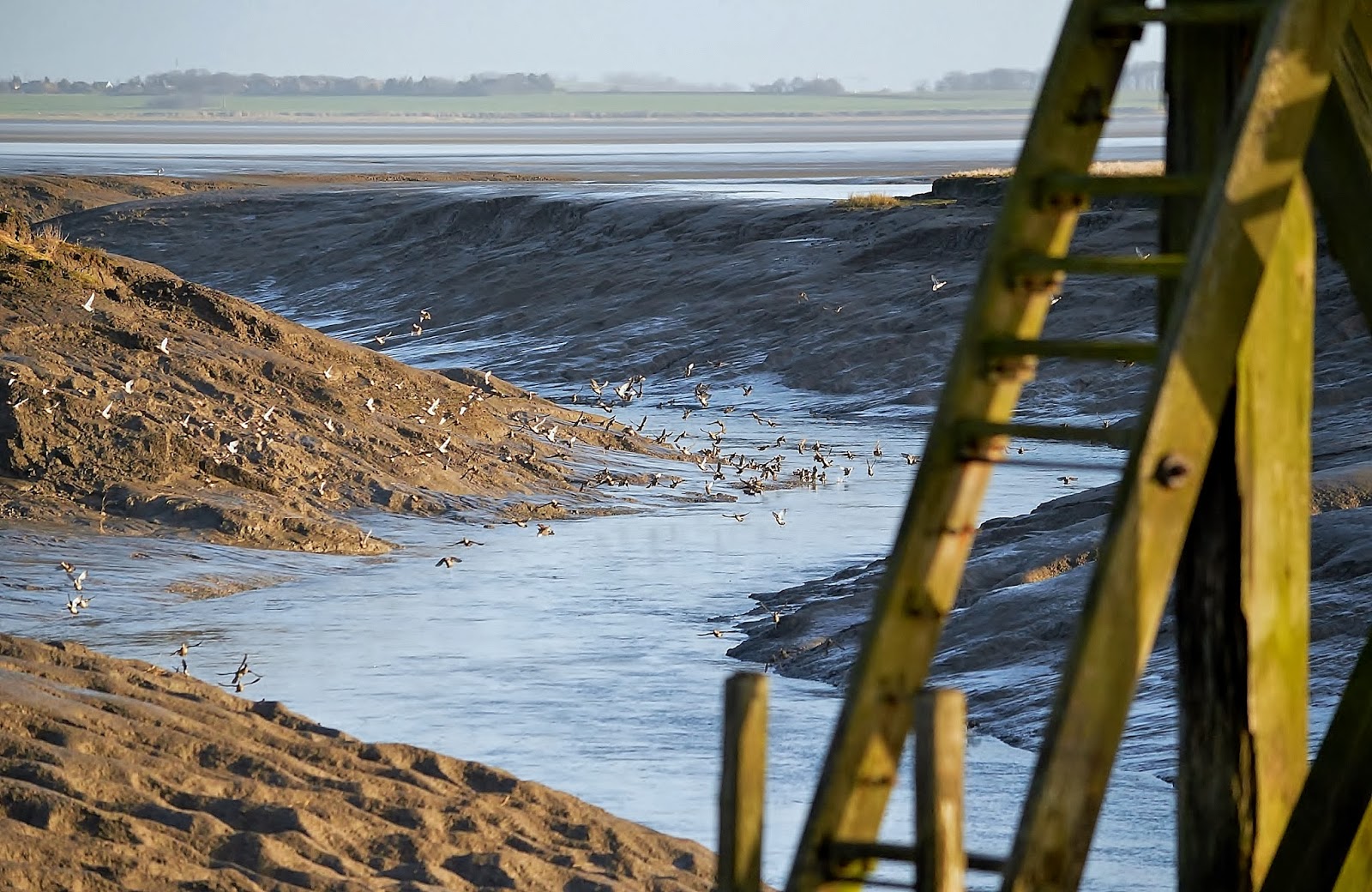 This area is undisturbed as it is managed by the RSPB and has no visiting arrangements due to it's difficult access, other than the designated counters, nobody comes over here, so we are very privileged to get to see this amazing area for birds and wildlife.

After we had flushed the Teal and Redshank from the creeks, we walked up to Stanlow Point and spotted two foxes playing on the marsh. They were totally unaware of our presence and even when they noticed us, they looked shocked as humans are not normally here!! 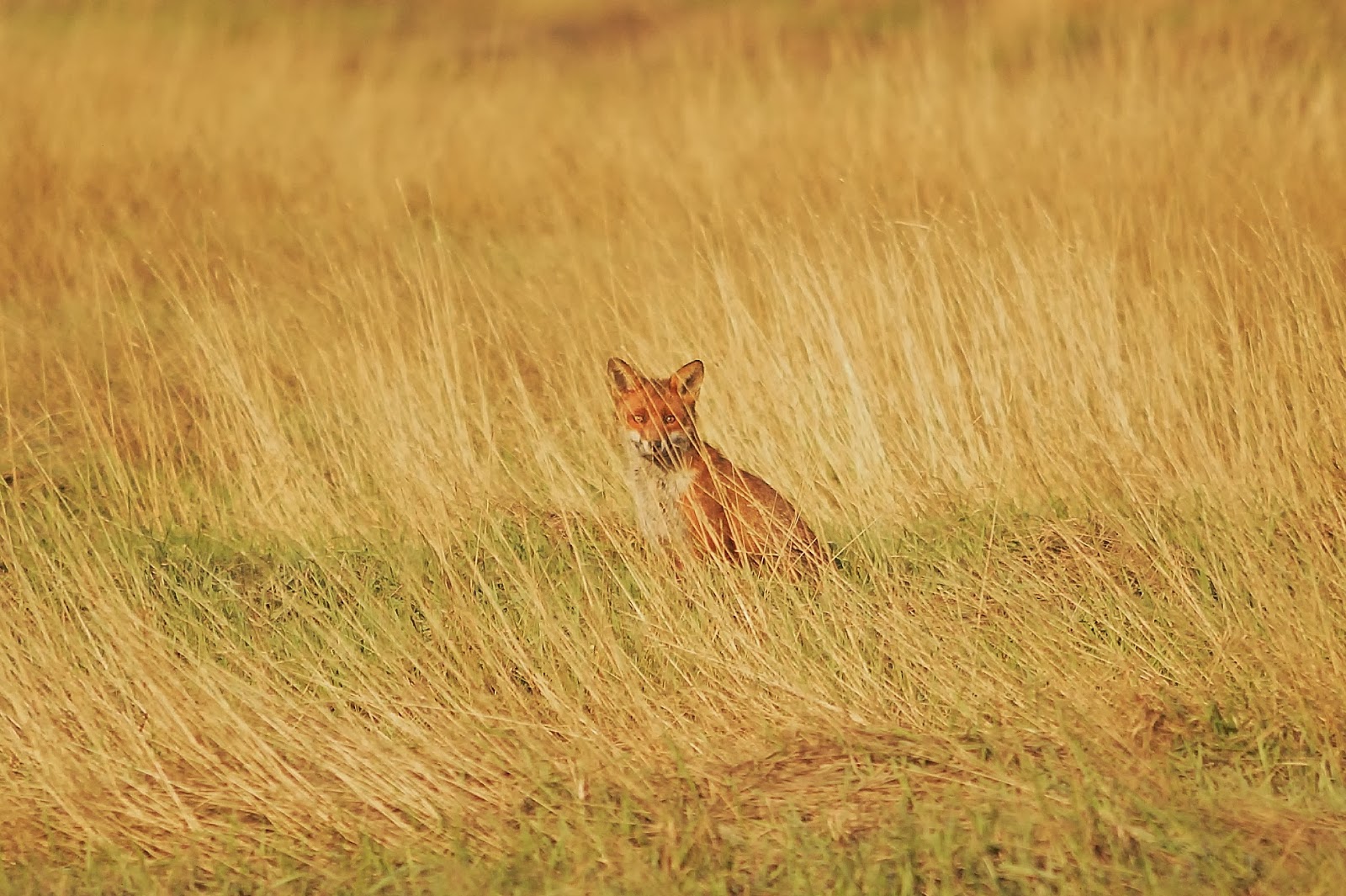 At Stanlow Point, we looked out and the tide was well out and all the sandbanks were exposed. Few birds were on these banks as they have fewer resident invertebrates than the mudflats so are of little importance to the birds. However, huge numbers of Dunlin were roosting on the mudflats. Over the years and where the currents are at their slowest, sediment builds up. These high mudflats are colonised by salt tolerant plants. Grassy banks are covered by sea poa; the ungrazed Stanlow & Manisty Banks support herbaceous species such as sea aster, scurvygrass and orache, which all produce huge numbers of seeds. These seeds are excellent for Teal, Pintail & Mallard, while Wigeon prefer the grazed sward.

We now go our separate ways, so myself Shaun & Ian were counting at Manisty, Ray & Toni were staying at the point and Dermot, John & Katie Swale were making the long walk up to Ince banks. Katie is from Natural England and was here today to get an idea of the work we do on these counts. Ince banks & Frodsham score are particularly important for large numbers of Lapwing & Golden Plover who join many other waders and grazing Wigeon.

Walking towards Manisty is about a two mile trip and on the way we pass a couple of pools that are normally good for Egrets. Straight away we spotted some Egrets feeding and after I looked through the scope, I could see it was the Great White Egret!! Shaun managed some photographs just before it flew off over towards the point. A bit further on, we spotted another Great White Egret, so maybe a pair? If so this would be excellent news! 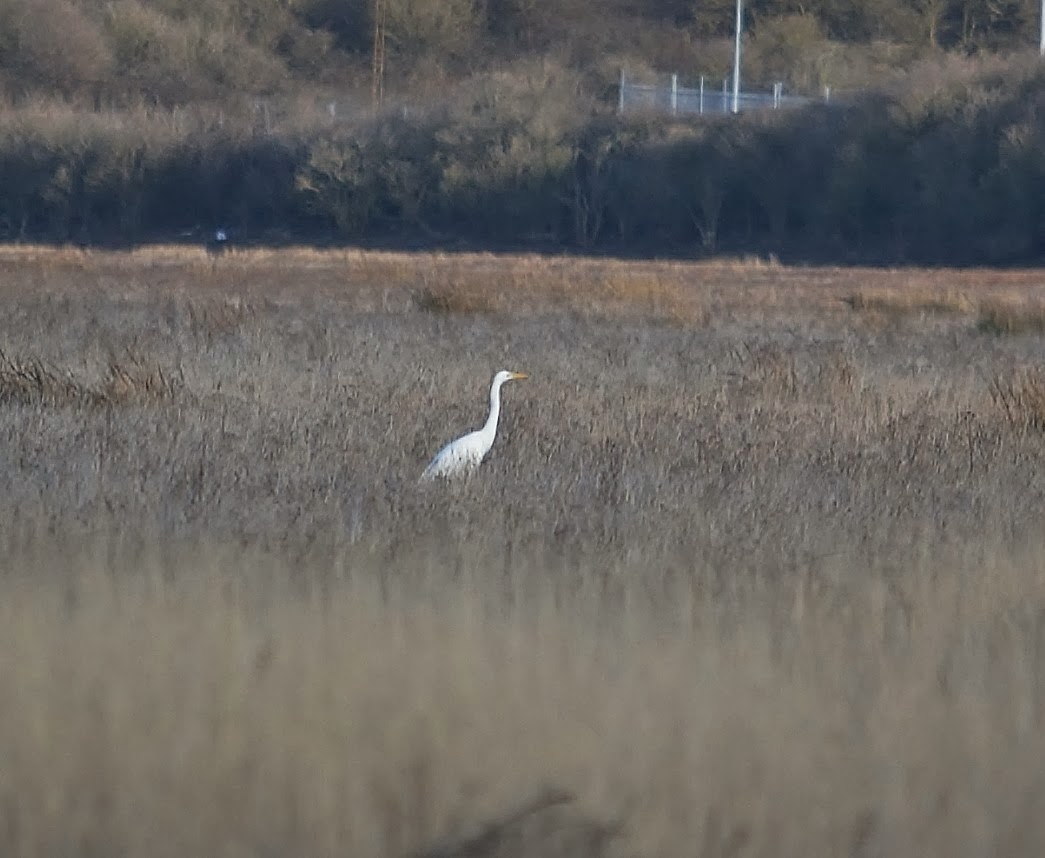 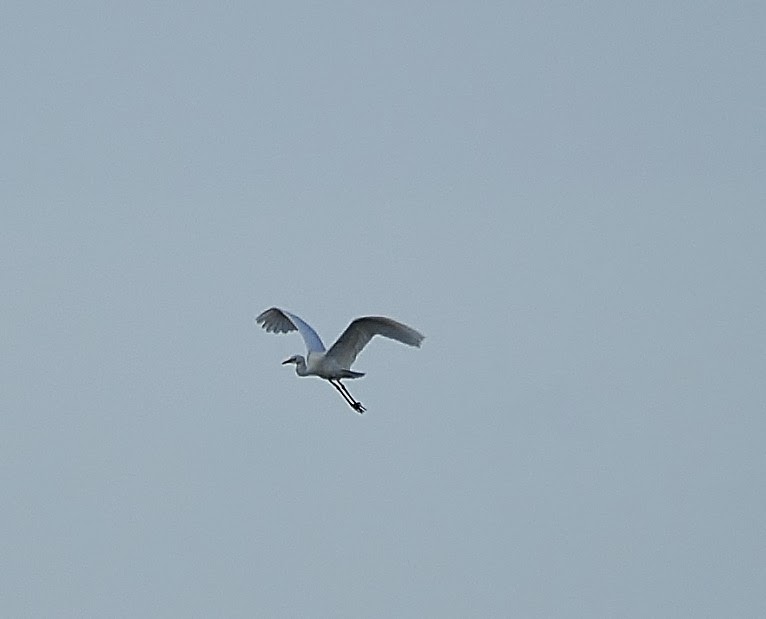 As we hugged the edge of the banks that separate the Ship Canal from the Mersey, we encounter small birds in the bushes. We had some Reed Buntings and Chaffinches that followed us on our way. Also we flushed a few Snipe and were tuned in to Mipits & Skylarks overhead. 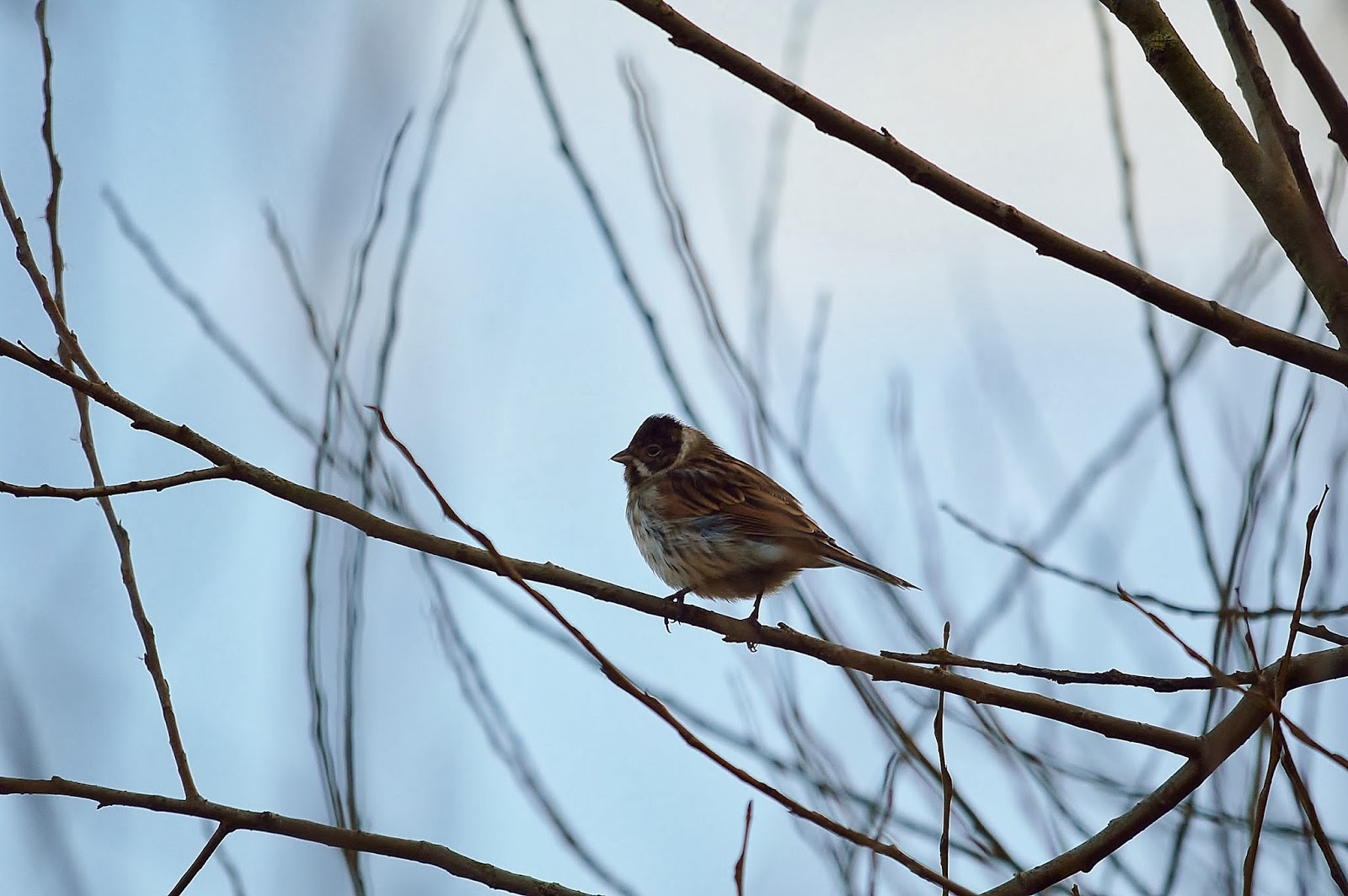 Half way down, we spotted a Peregrine hunting and it was mesmerising to watch it swooping on Curlew (yes Curlew) but without success, it landed a bit further out, but too far away for a good pic. Overhead, the Buzzard must have been watching the activity and was calling as it flew past. 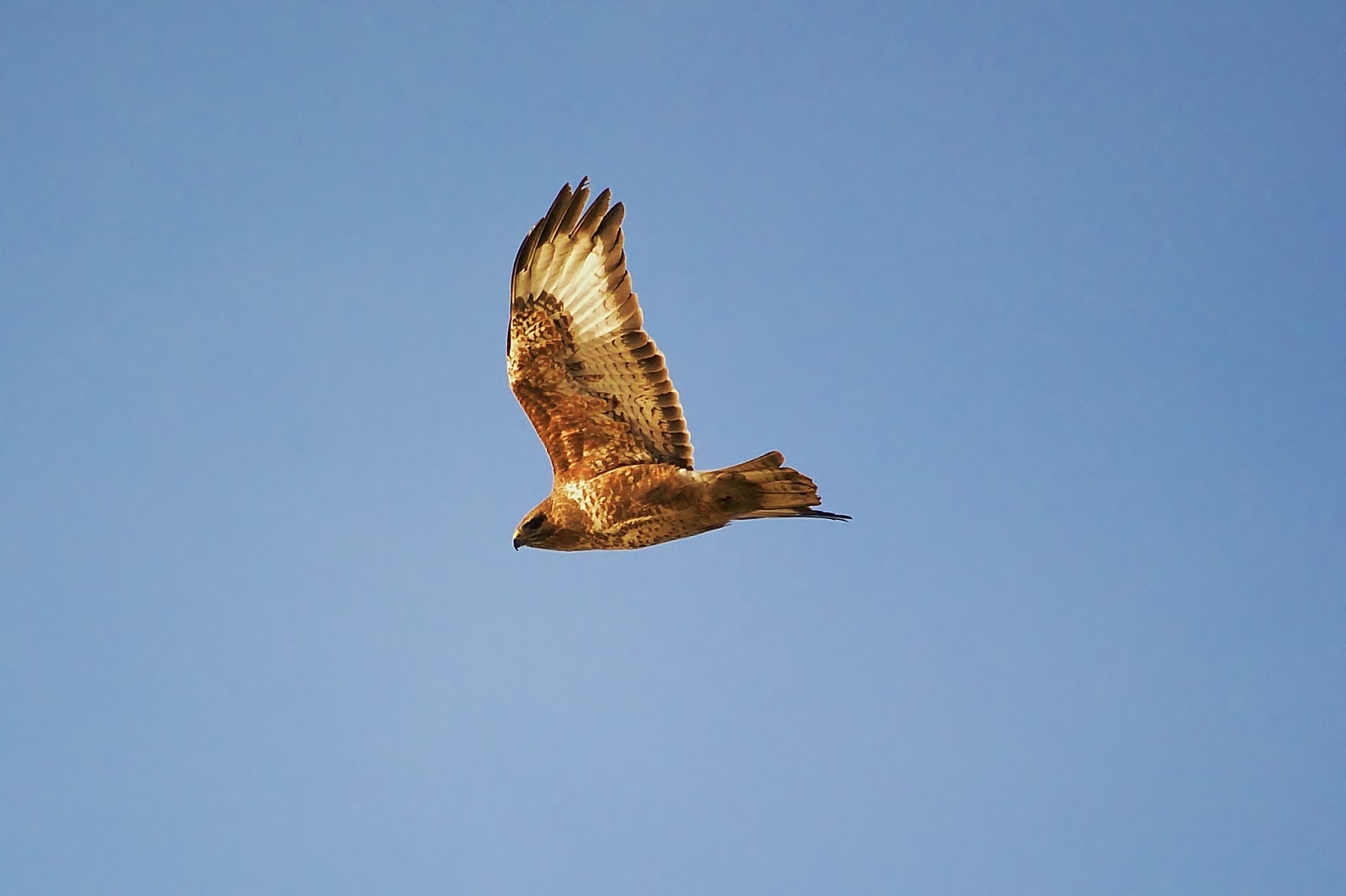 Ian was counting about half a mile away from myself and Shaun so we could get the best count of birds available, as at high tide, some areas would have been unobserved had we all stayed together. We set up on a pipeline on the banks of the Ship Canal about an hour before high tide with a great view of the River. The tide was making it's way in slowly but surely and numbers of birds began to appear in the forming channels and creeks.

Shelduck were making their way across the river and forming large groups close to Manisty Bay. 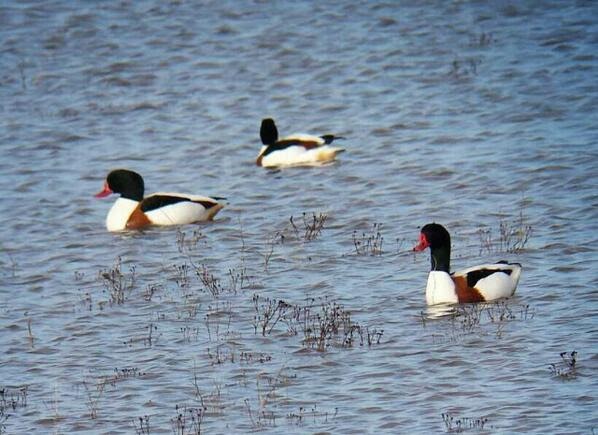 Redshank were wheeling around excitedly and calling very loudly (warden of the marshes) I took some phoneskoped pics of roosting birds just before the tide and Shaun got some cracking flight shots (spot the two birds with no legs?) 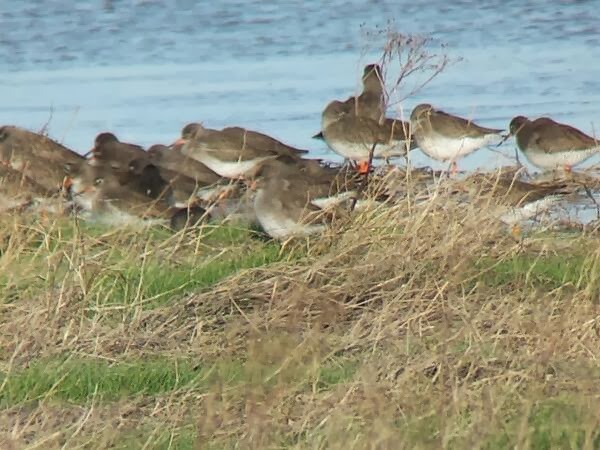 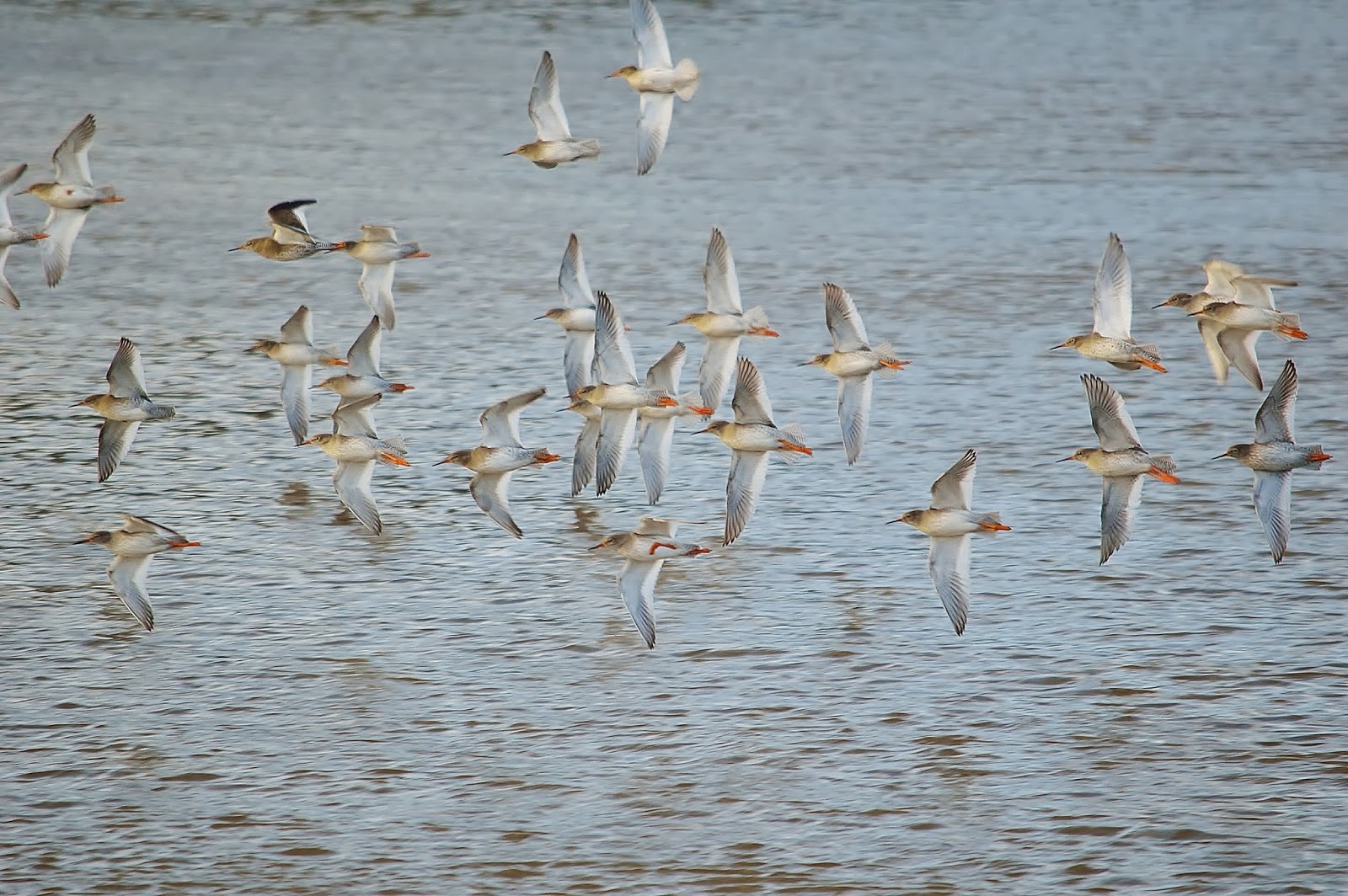 Lots of Teal were emerging from the grass as it became further covered by the approaching tide, as were Pintail and Mallard. Curlews were calling and flying in even closer to get on the grass not yet covered by the tide. 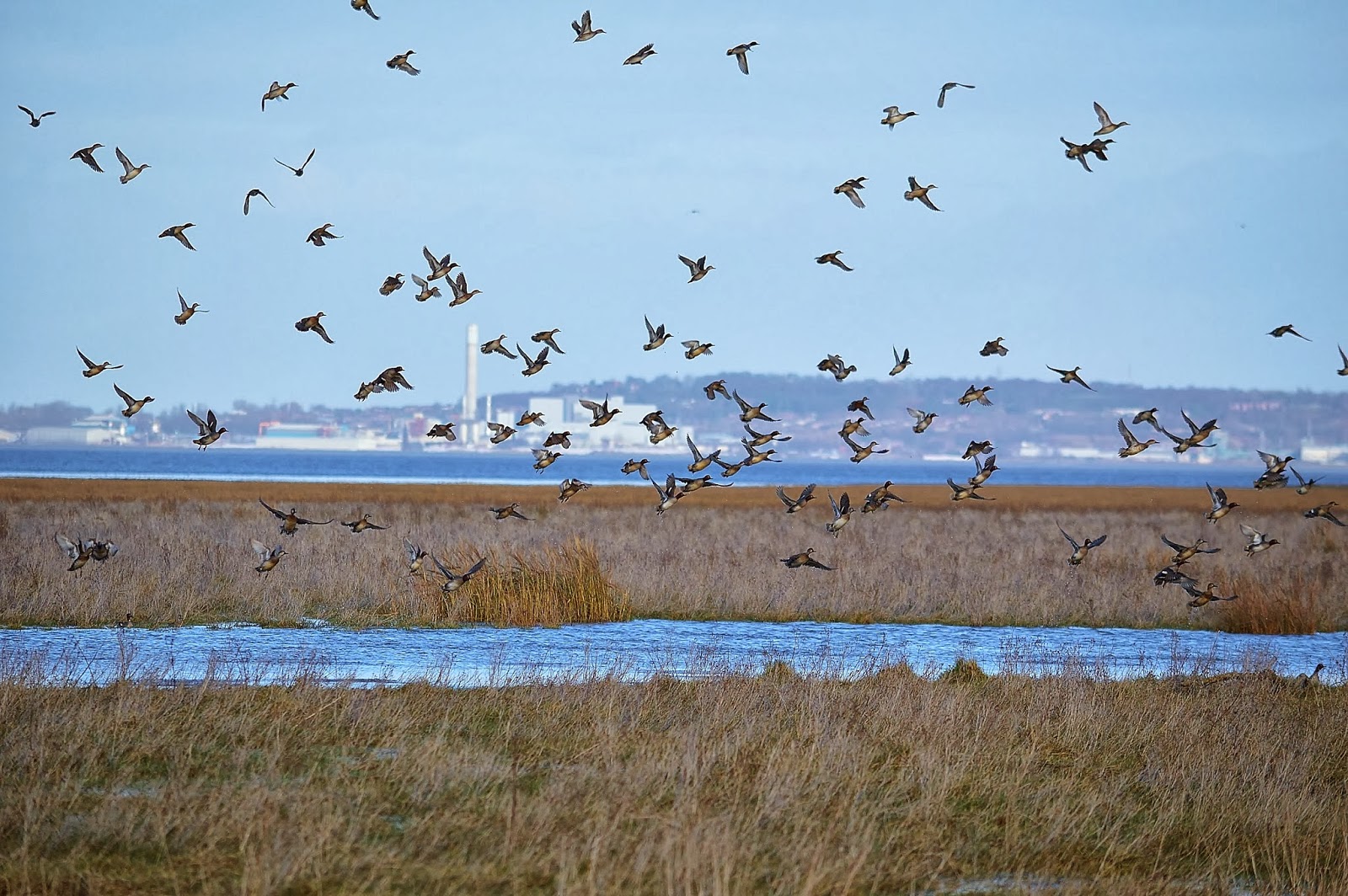 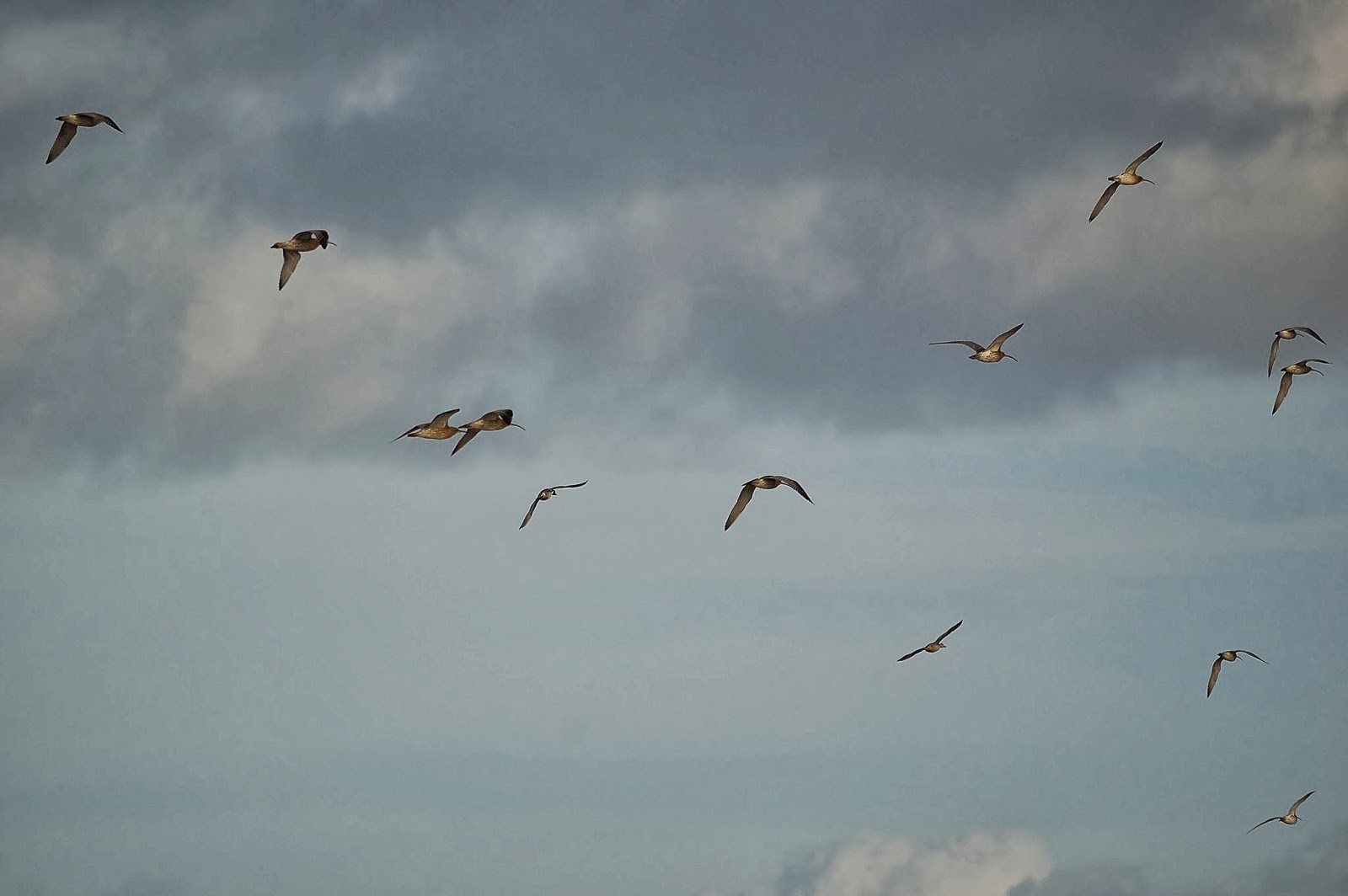 A short 1 minute video I made before the tide was coming in, click Manisty Bay link below :-

These glorious Pintail are one of my favourite ducks and to think back in the 1980's, Pintail numbers here on the Mersey peaked at around 18,000 birds, sadly today we only counted 64! This is most probably due to the mild winters :( 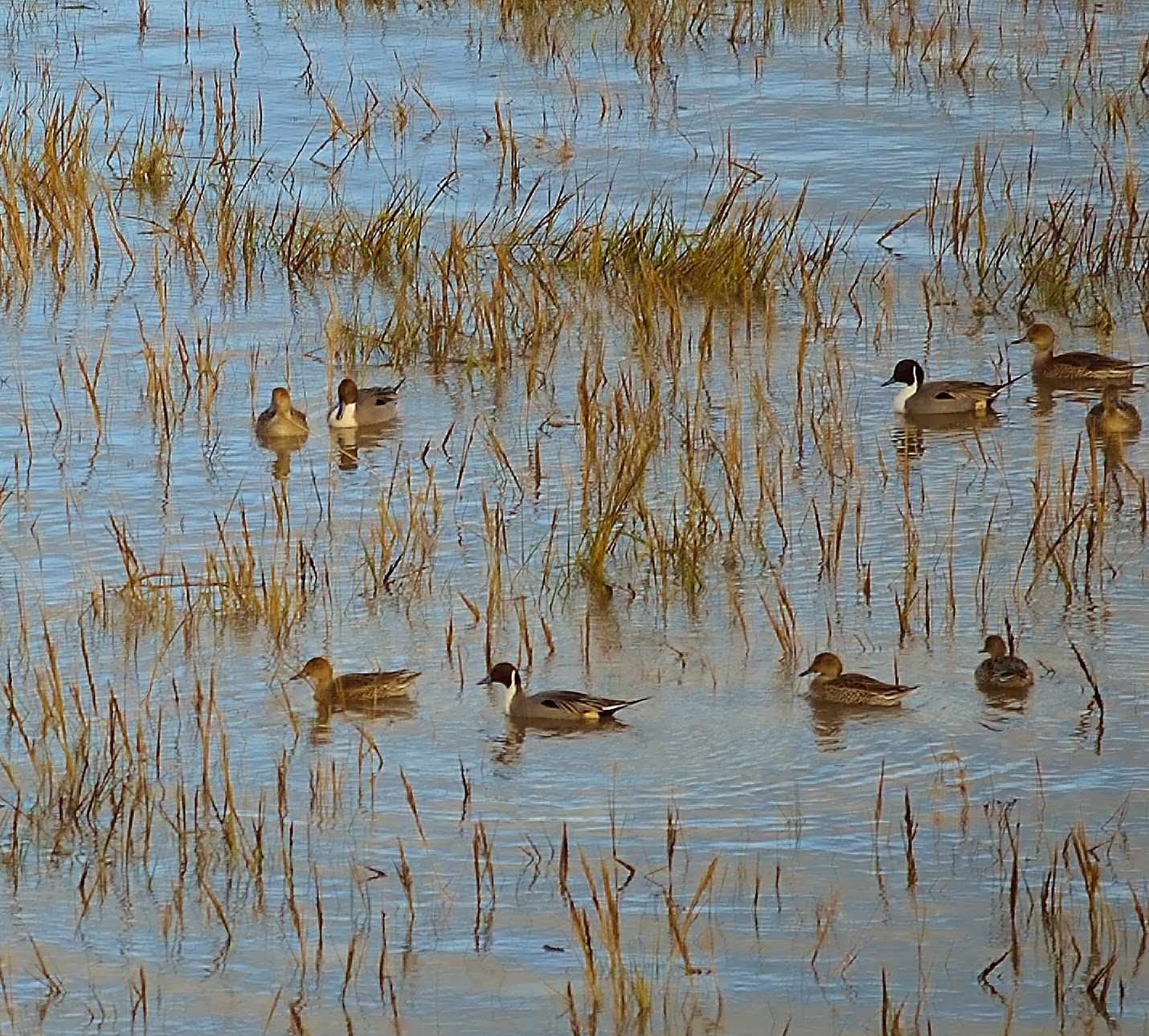 The tide was racing in now and completely flooding the marsh, huge numbers of birds were up in the air seeking refuge on drier ground. Black tailed godwits wheeled past us and flew North West disappearing behind Manisty Bay. 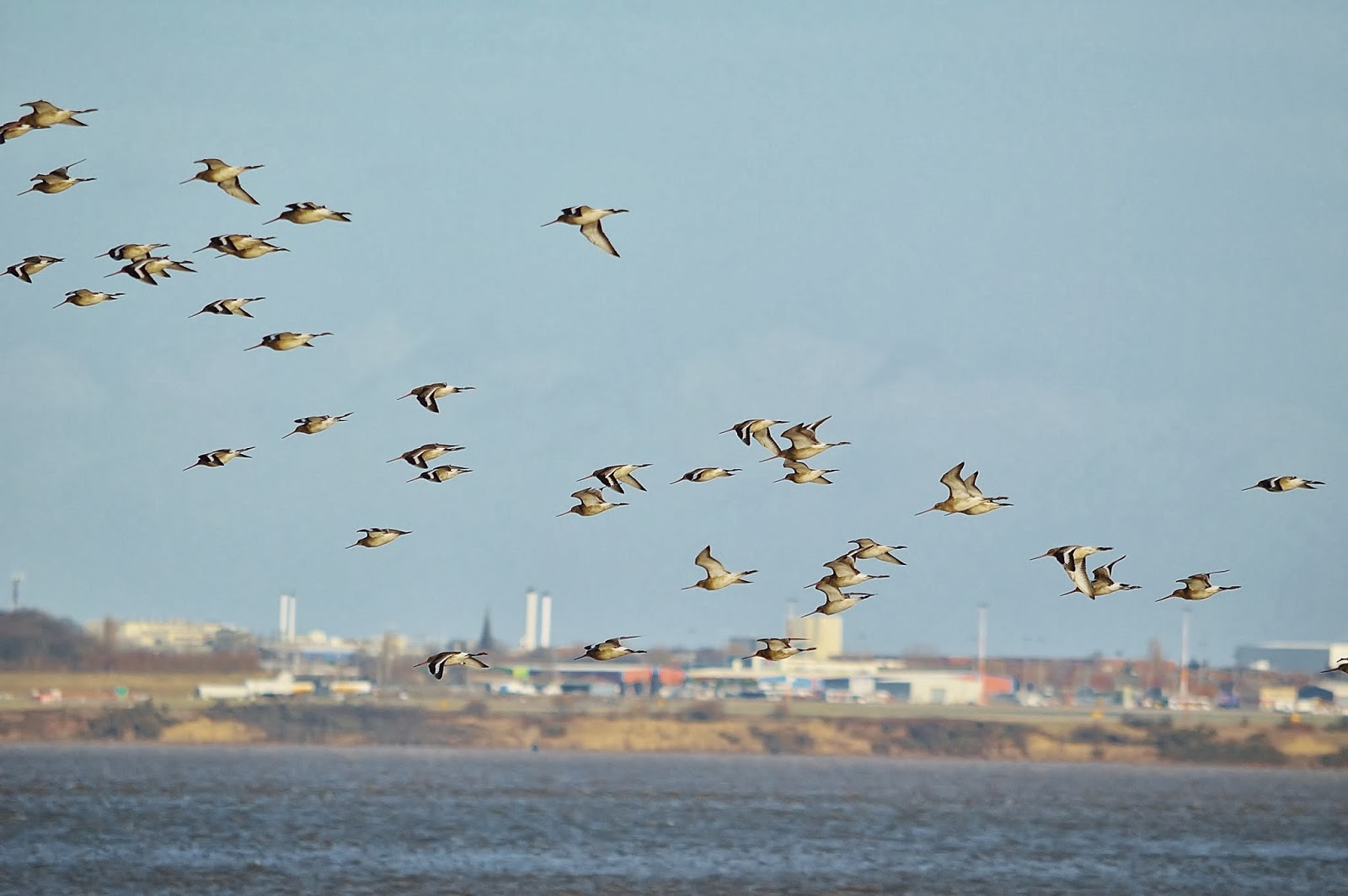 The tide had now reached the bottom of the bank we were sitting on, so we were trapped here for at least an hour until it started to recede! Hopefully :/ 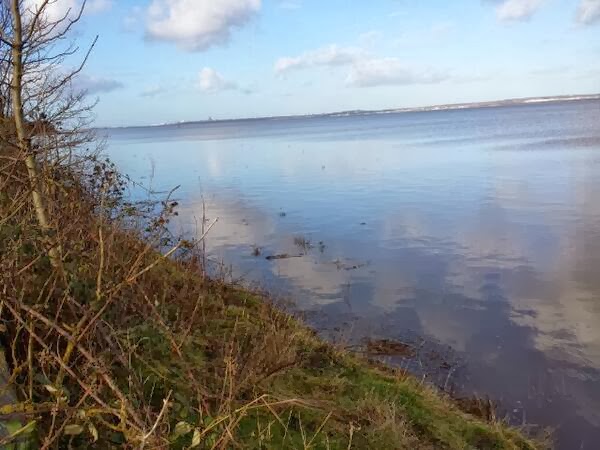 It was at this point, Shaun went on a recce to try and see if he could spot any birds we may not have counted a bit further up nr Manisty Bay. This involved walking along the wall on the Manchester Ship Canal side and also gave a good chance to see any birds that may have passed over onto the canal. Meanwhile I was busily counting passing Godwits, Cormorants, Redshank, Mallard, Teal and some Wigeon who were quite a way out on the river. Just then a Sparrowhawk flew right from a bush a few metres away from me and glided effortlessly past me and back out over the river and over to the canalside! Brilliant, I had not even spotted it sitting there! After an hour or so, Shaun came back and had some more records of birds further up the river. He took some shots of Redshank on the canalside. 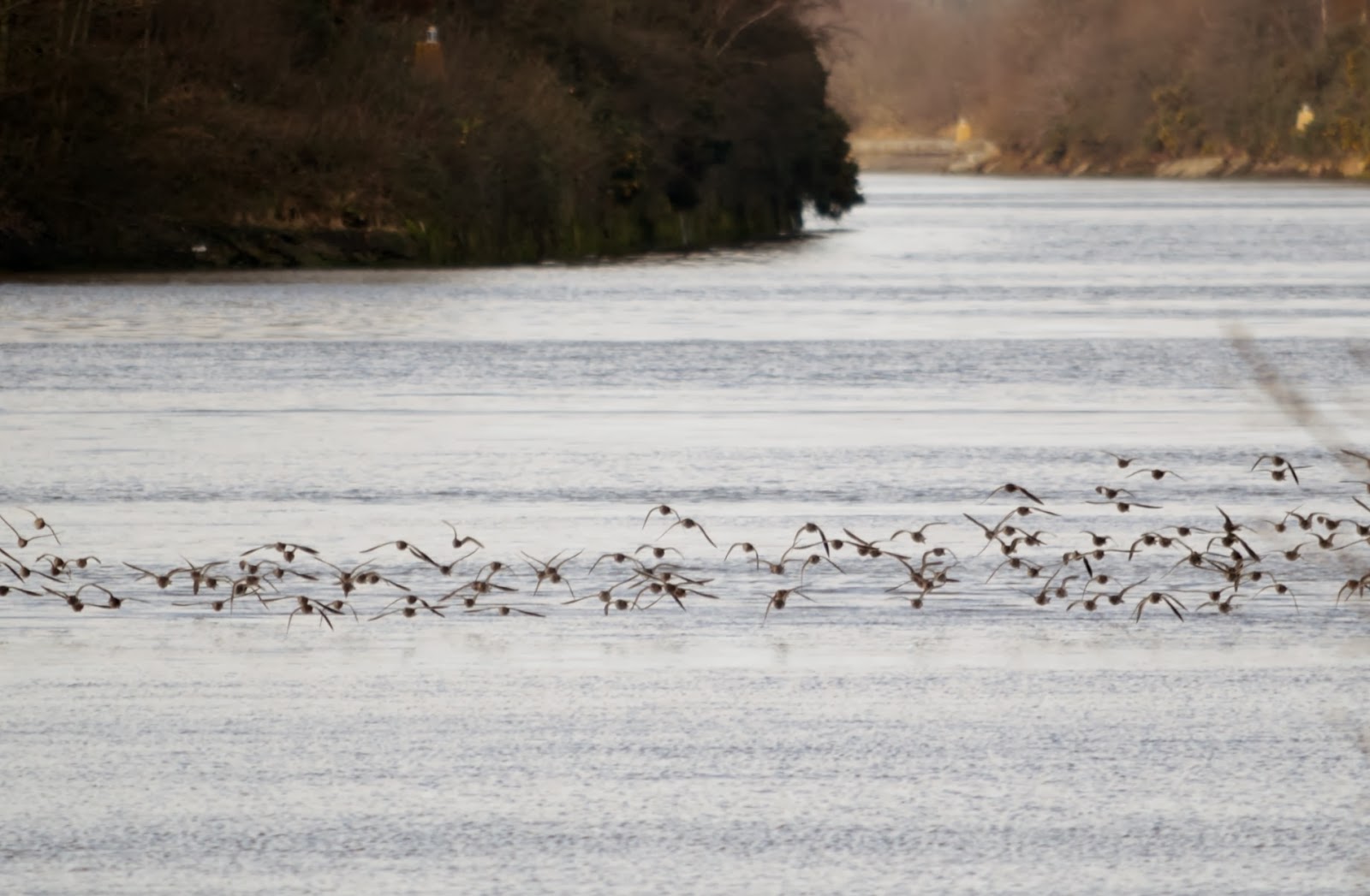 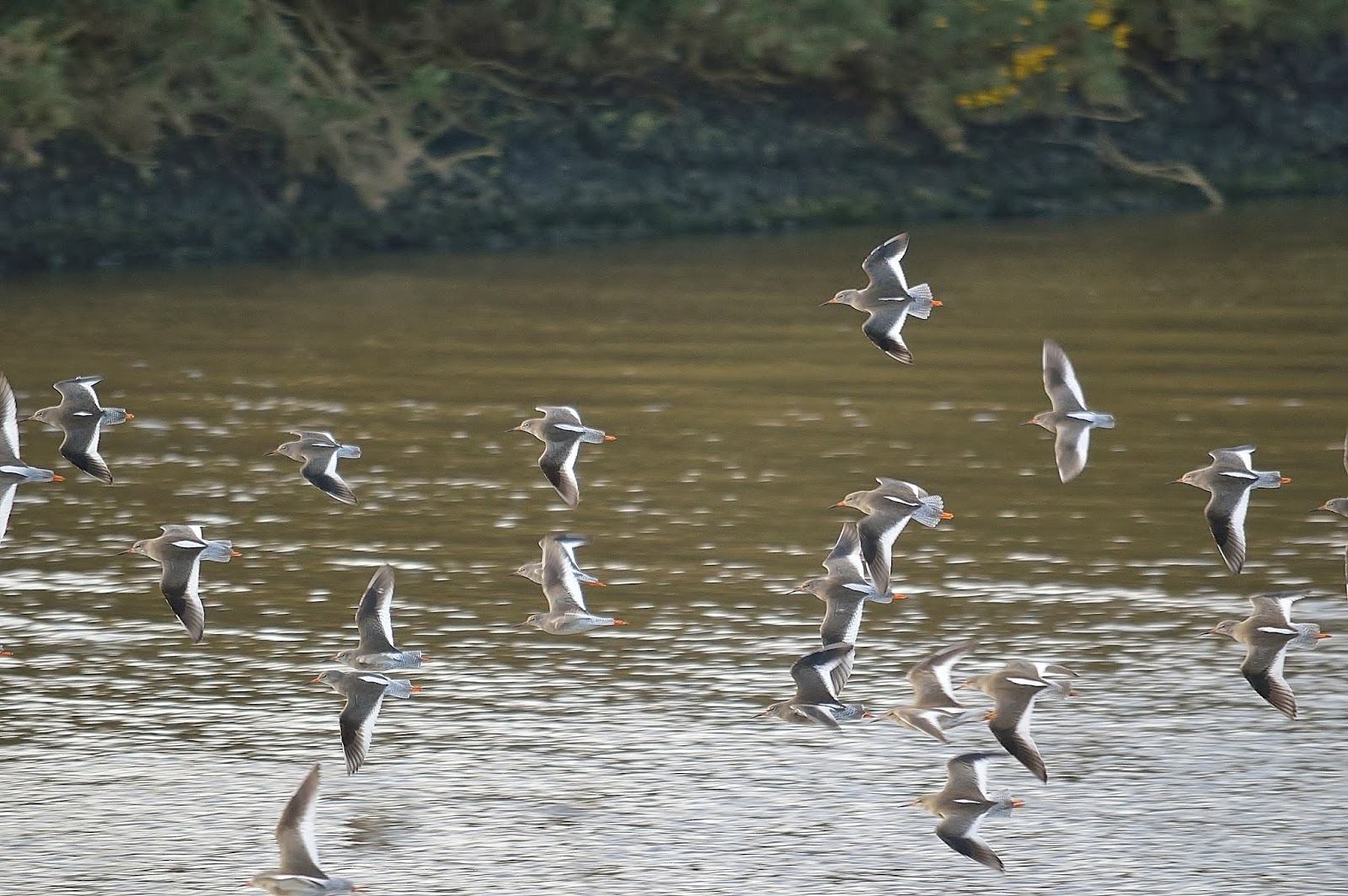 He had heard another Green Woodpecker at Manisty and also managed a photo of a Long tailed tit in the reedbed. 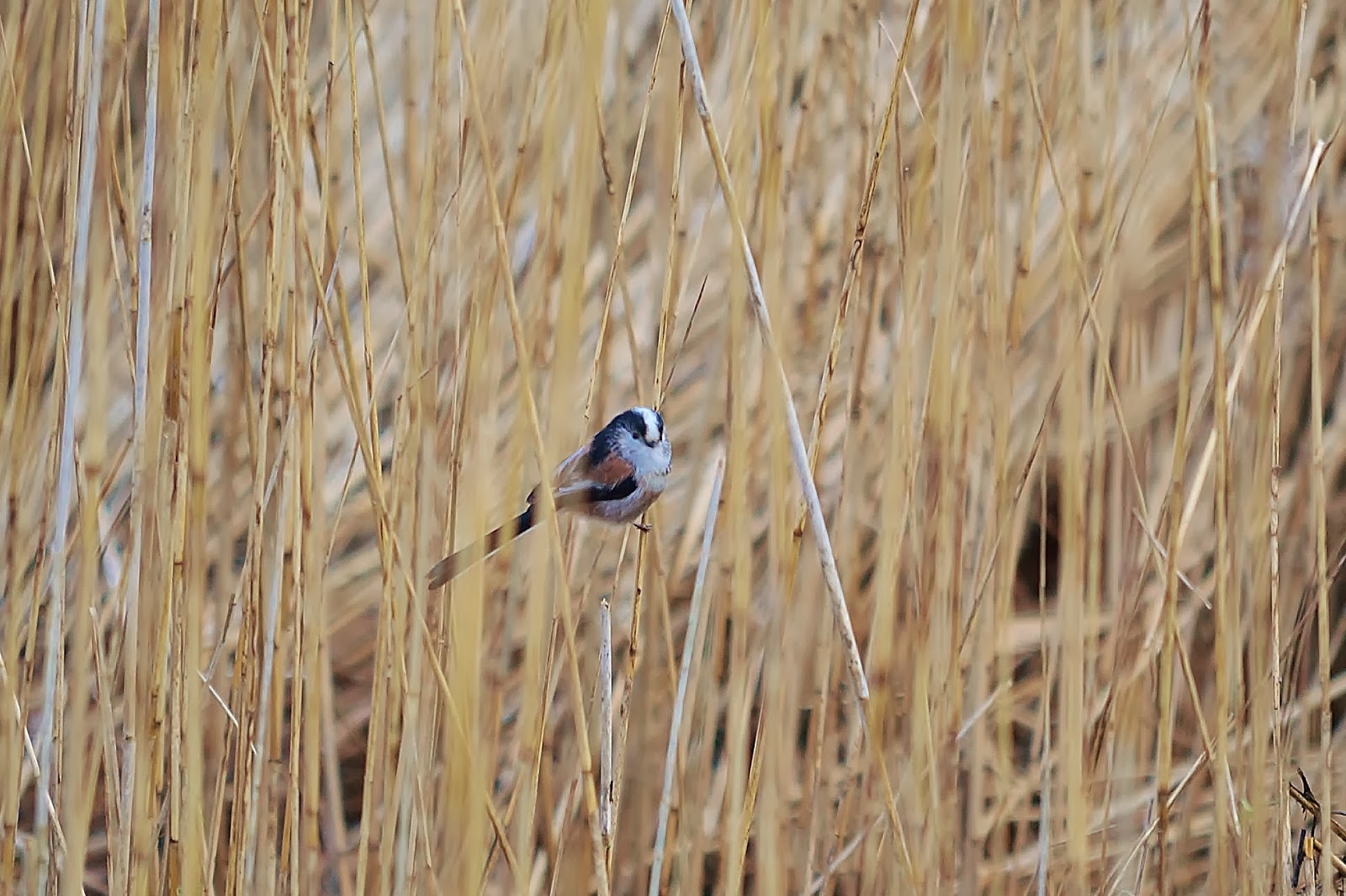 A solitary Teal cut a lone figure on the ship canal :( 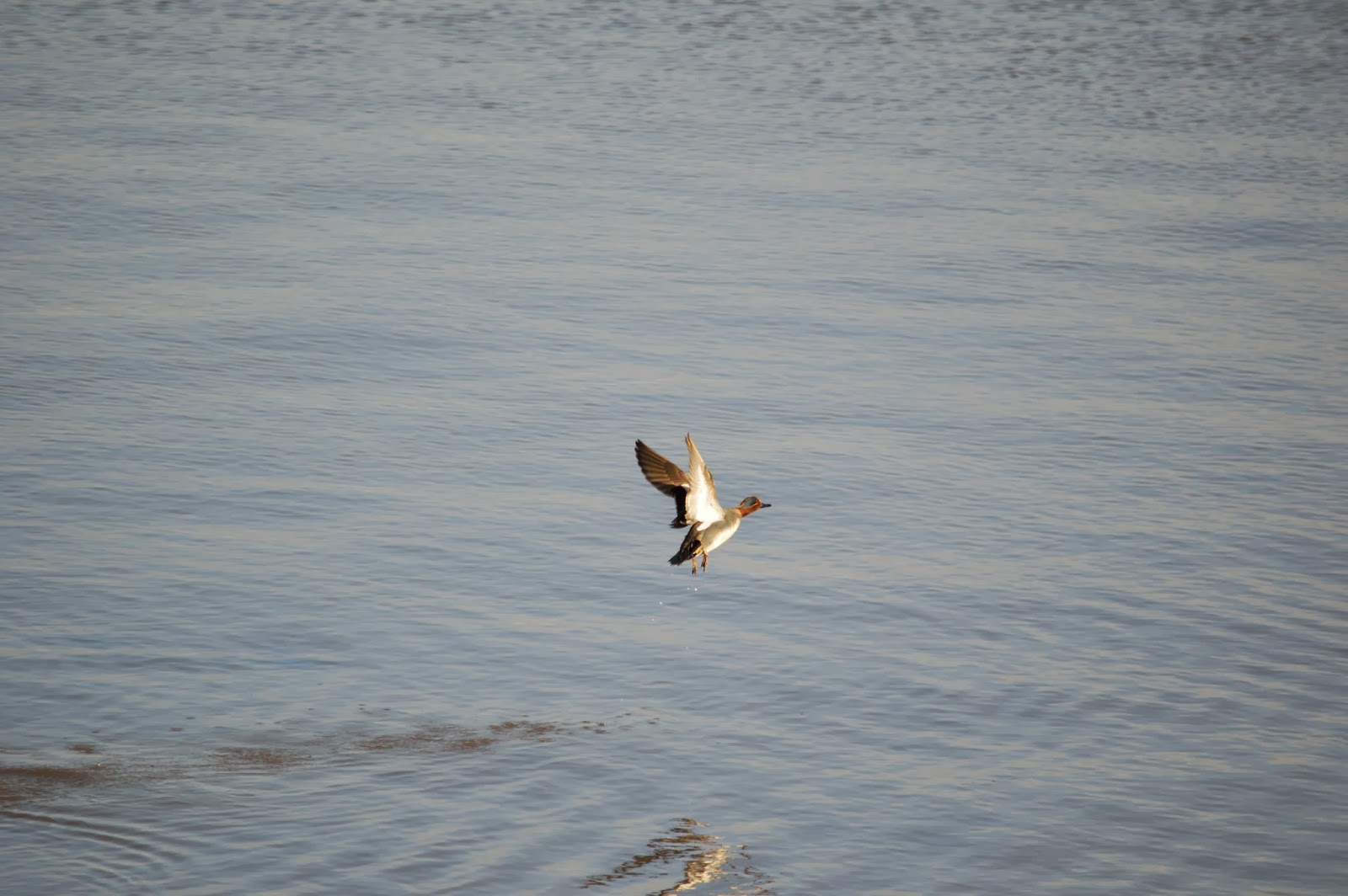 This Mallard photograph made me laugh, because if anybody remembers watching Coronation Street in the 80's, it looks like the wall in Hilda Ogdens house (you will know what I mean) :-) 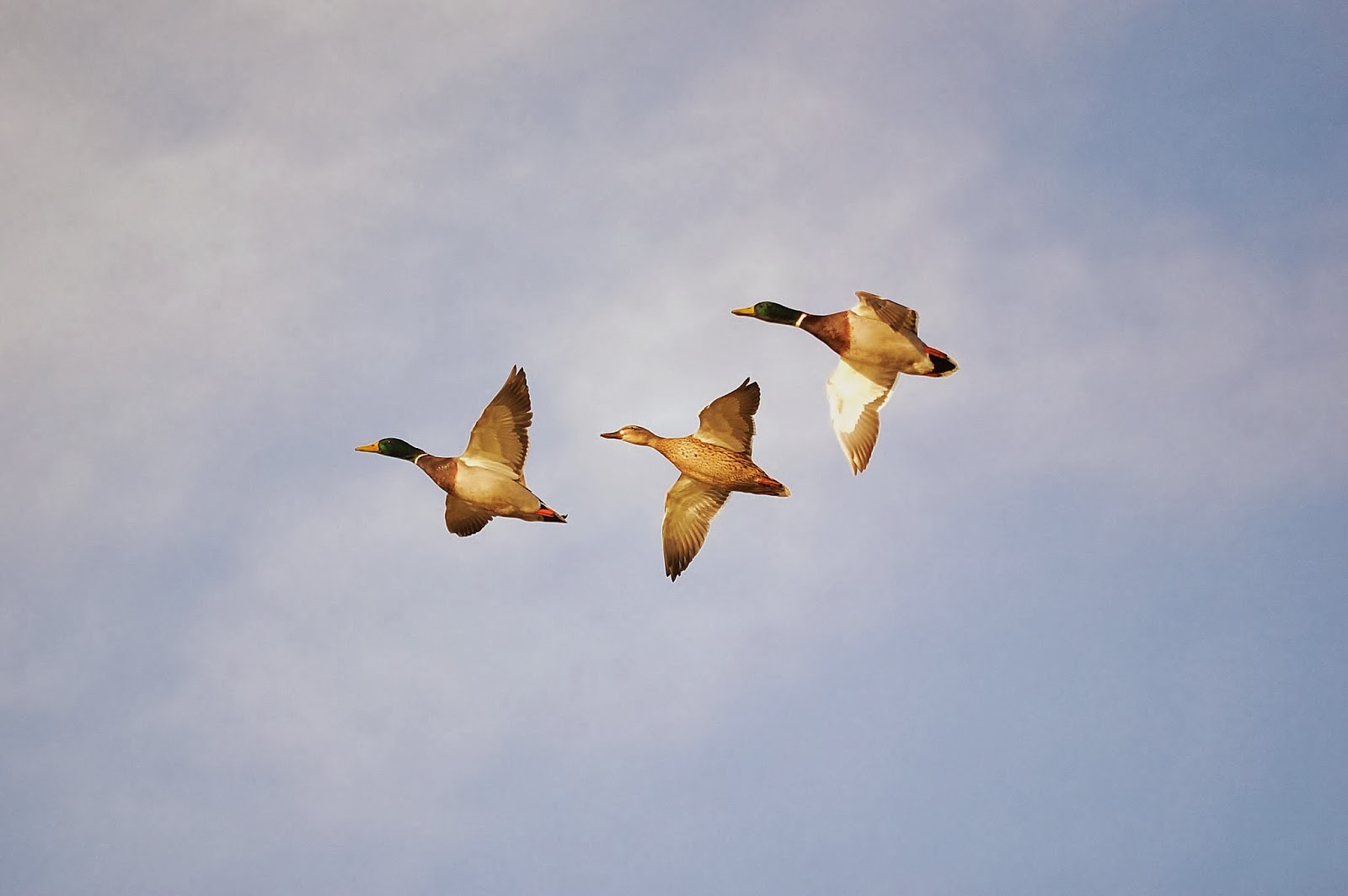 With the tide receding, it was time to head back, so sloshing our way through muddy grasses, we wearily started the two mile trudge back towards base at the point. Huge numbers of Dunlin were visible when we got near to the point, Ray had estimated around 20,000 Dunlin were seen during this count period at the point alone! 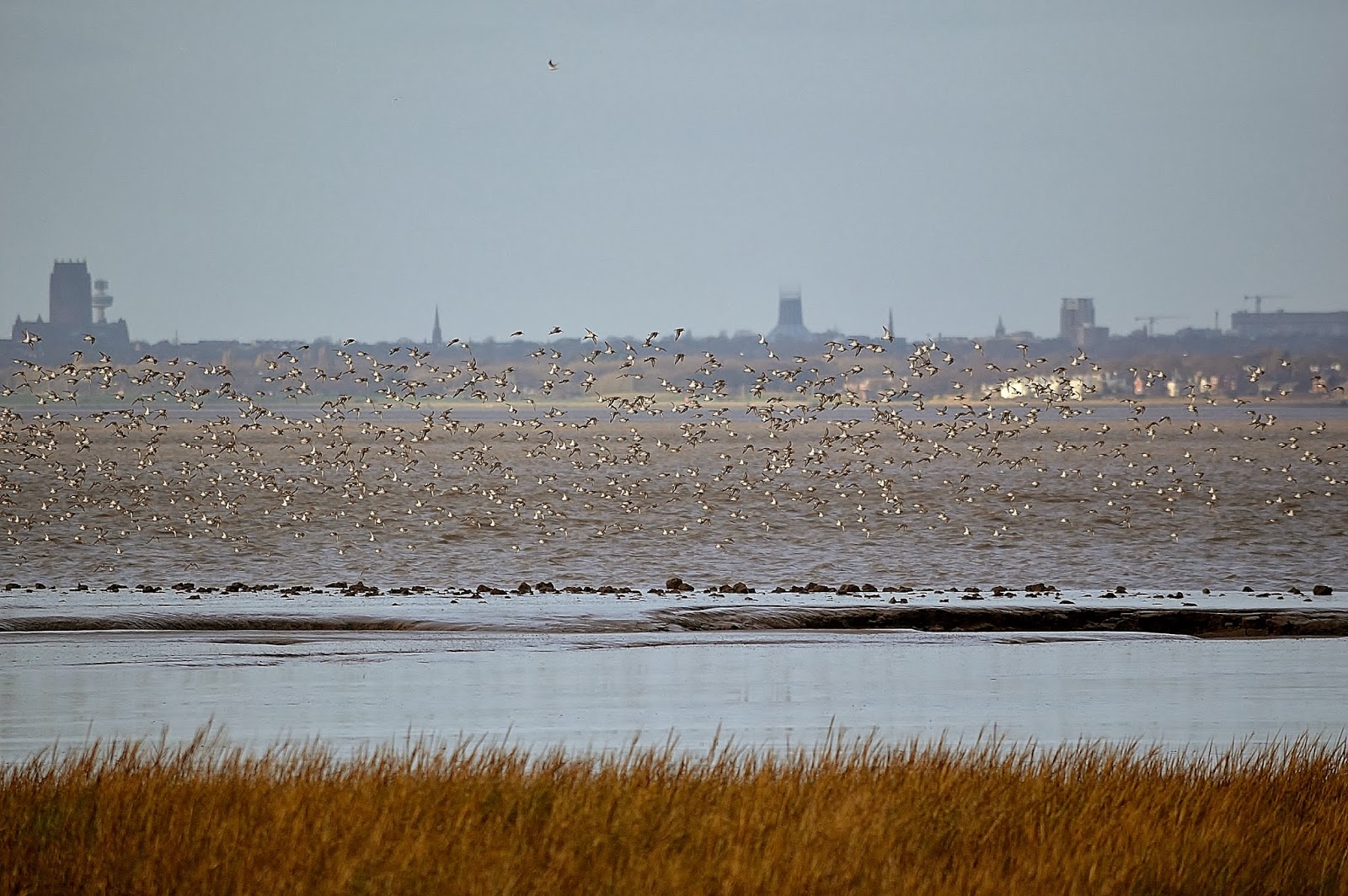 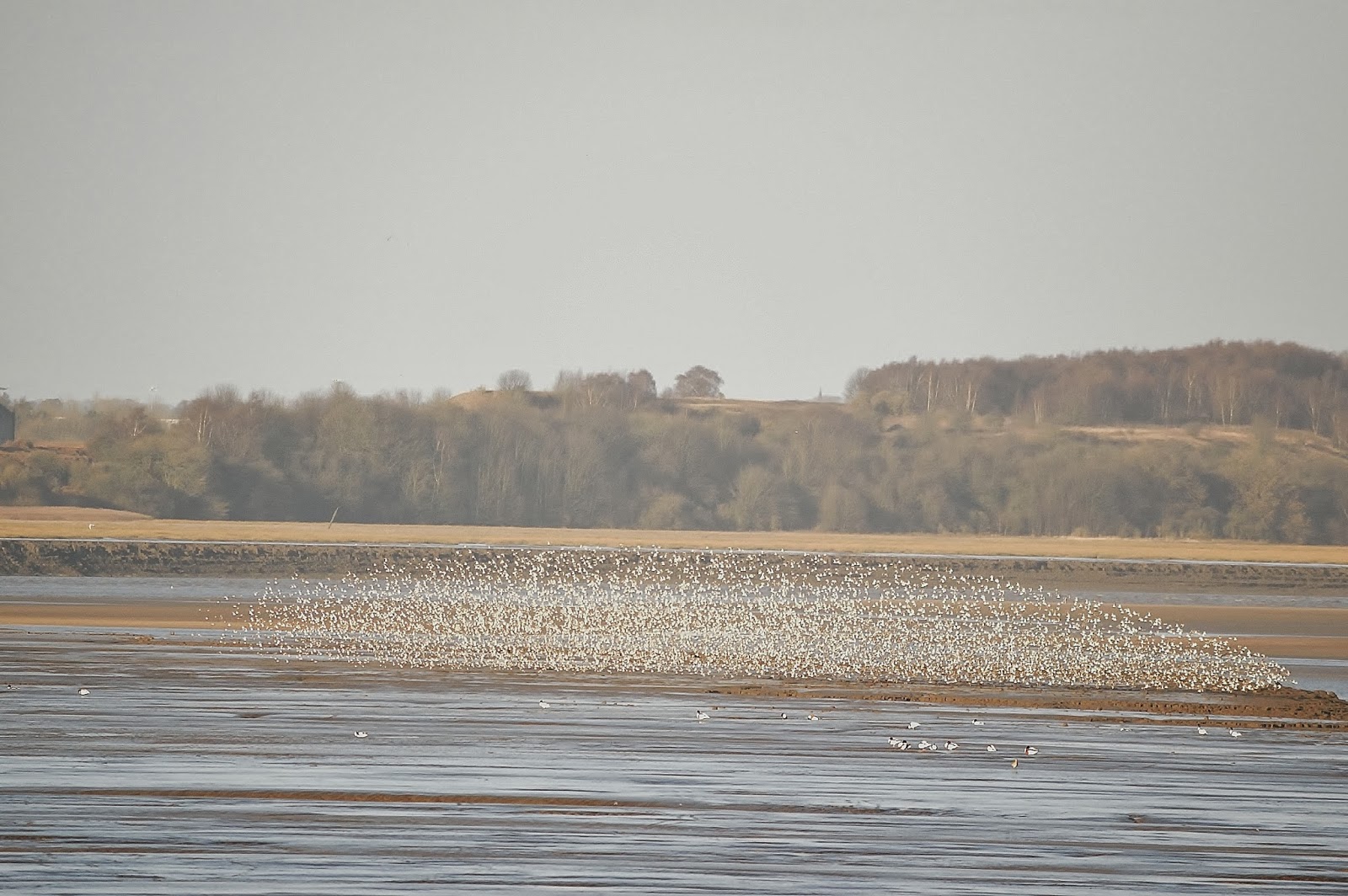 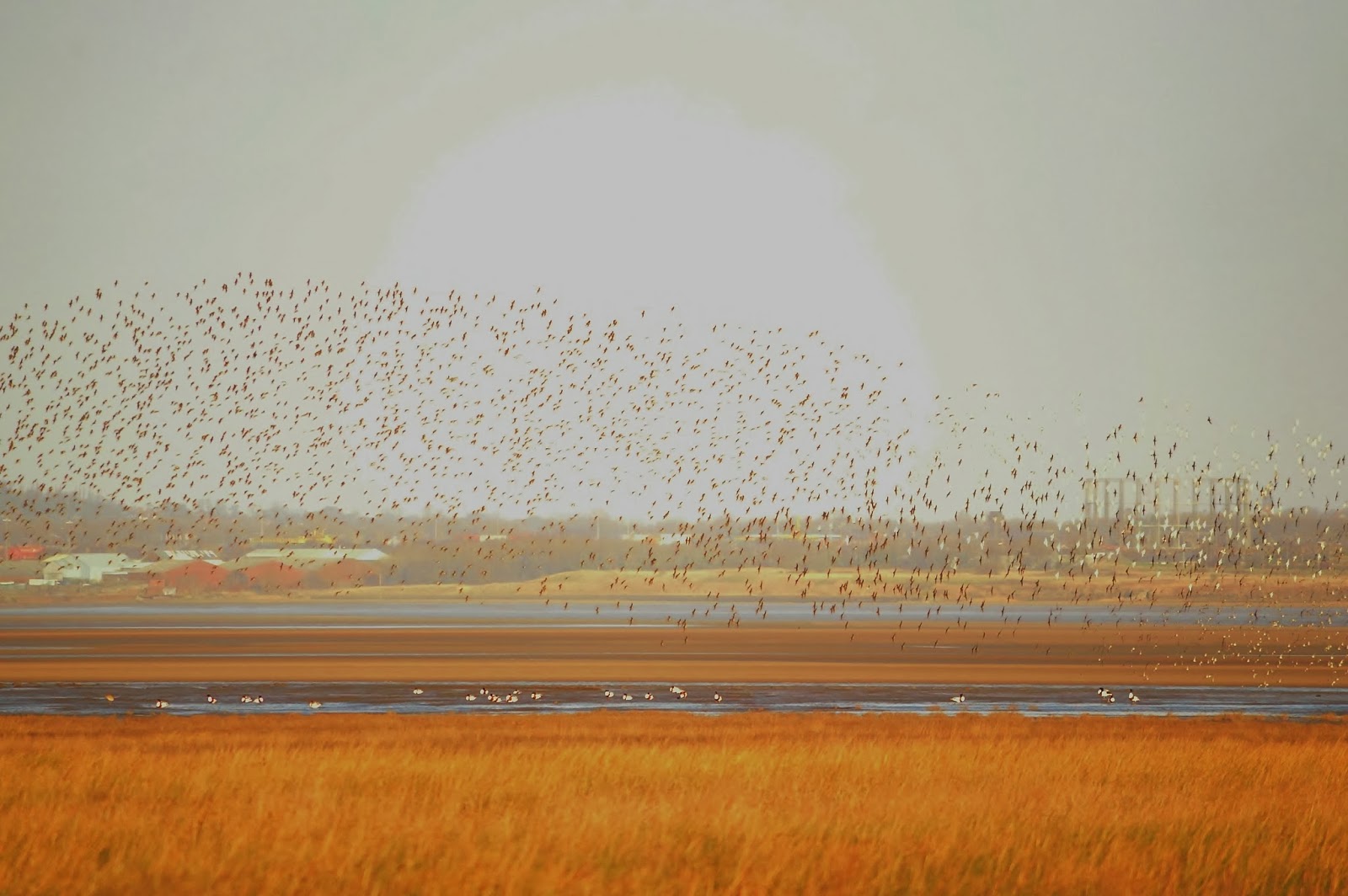 As you can see, this is just a snapshot of some of the Dunlin!!

Nearing the end of our journey, we spotted some Little Egrets feeding and also flushed the Great White Egret again.

After all meeting back at base, it was back over on the ferry and to the car park to record our details from the count with Dermot Smith who is the local co-ordinator for the River Mersey counts. What a thoroughly enjoyable day in great company, a big thanks to all those that took part and in particular to Stanlow/Essar the RSPB & BTO.

For more information on The Mersey Estuary, go to http://www.merseyestuary.org/