Got a text from Shaun around 1pm asking if I fancied a quick trip up to Flint Castle to see if the Black Redstart was still in residence. Upon arrival we walked around a bit and spotted some Goldfinches in nearby trees. This was my first visit, so after a short while we sussed the entrance and spotted about 6 birders inside with scopes trained up into a corner tower of the castle. Some faces I recognised, except for the guy in bright red shorts and flip flops!!

The Black Redstart was sat high up on a rocky outcrop of the tower and was occasionally flying out to catch insects, very flycatcher like! This was a 1st winter male, so not as dark as the adult male, more mouse grey I would say. It was still lovely to watch from a respectable distance and Shaun took a couple of pictures a bit later when it flew lower down. 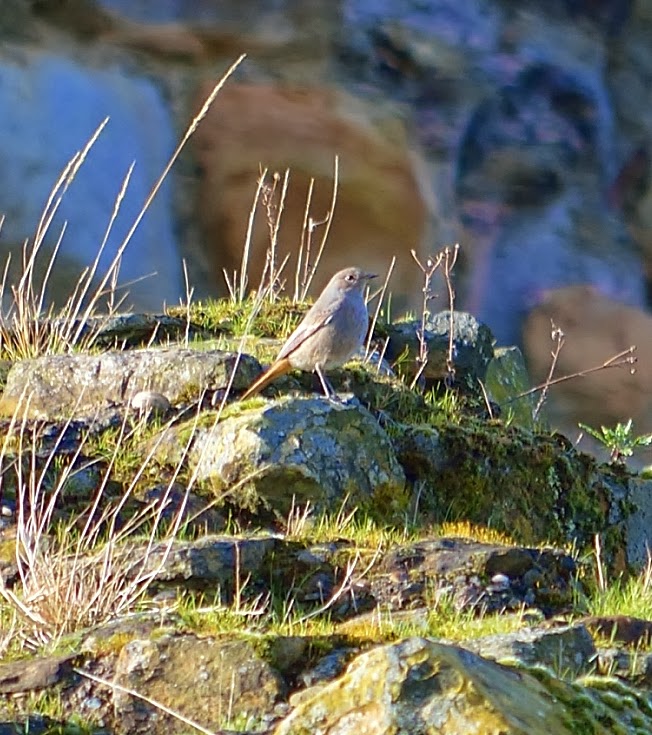 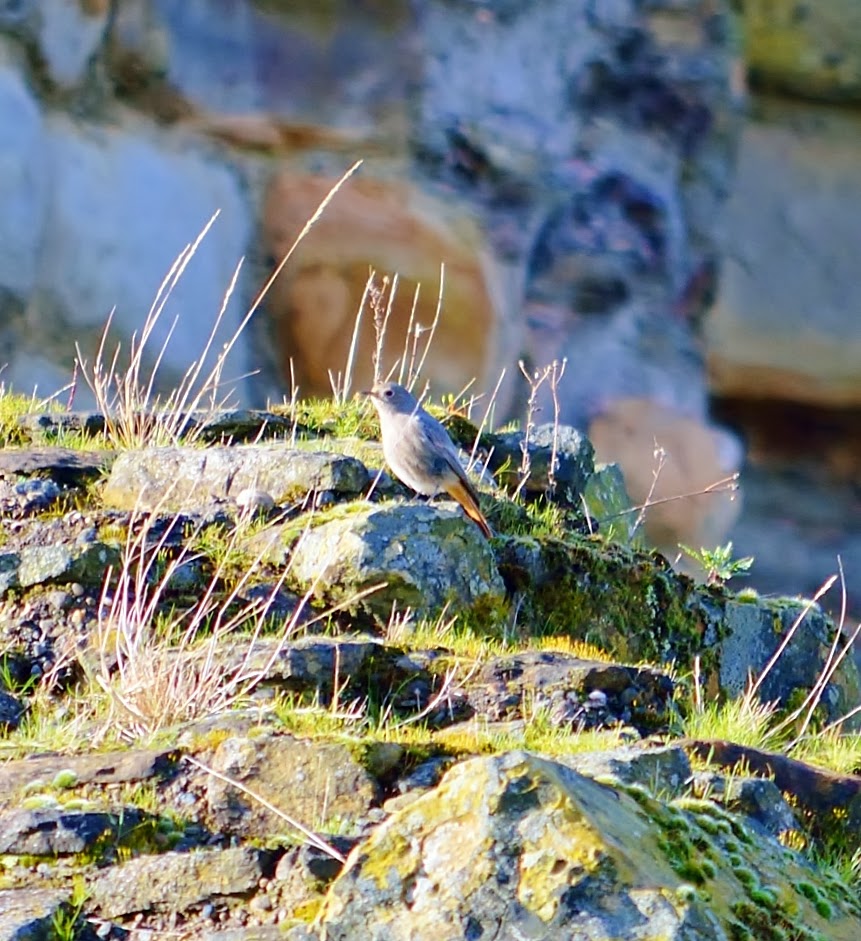 A lovely bird to watch and gets my yearlist up to a respectable 96 species. The tide was quite a way out on the Dee Estuary, but large numbers of Canada Geese were flying up the river and making their way to the grassy banks by the Tower Hide at Connahs Quay reserve.

On the way home, we stopped off by the pool at the back of the M.O.D shooting range as we had reports a Bittern had been spotted in the reedbeds. Alas, no sign today but a solitary Mallard and eight pairs of Tufted Duck sat out on the pool. 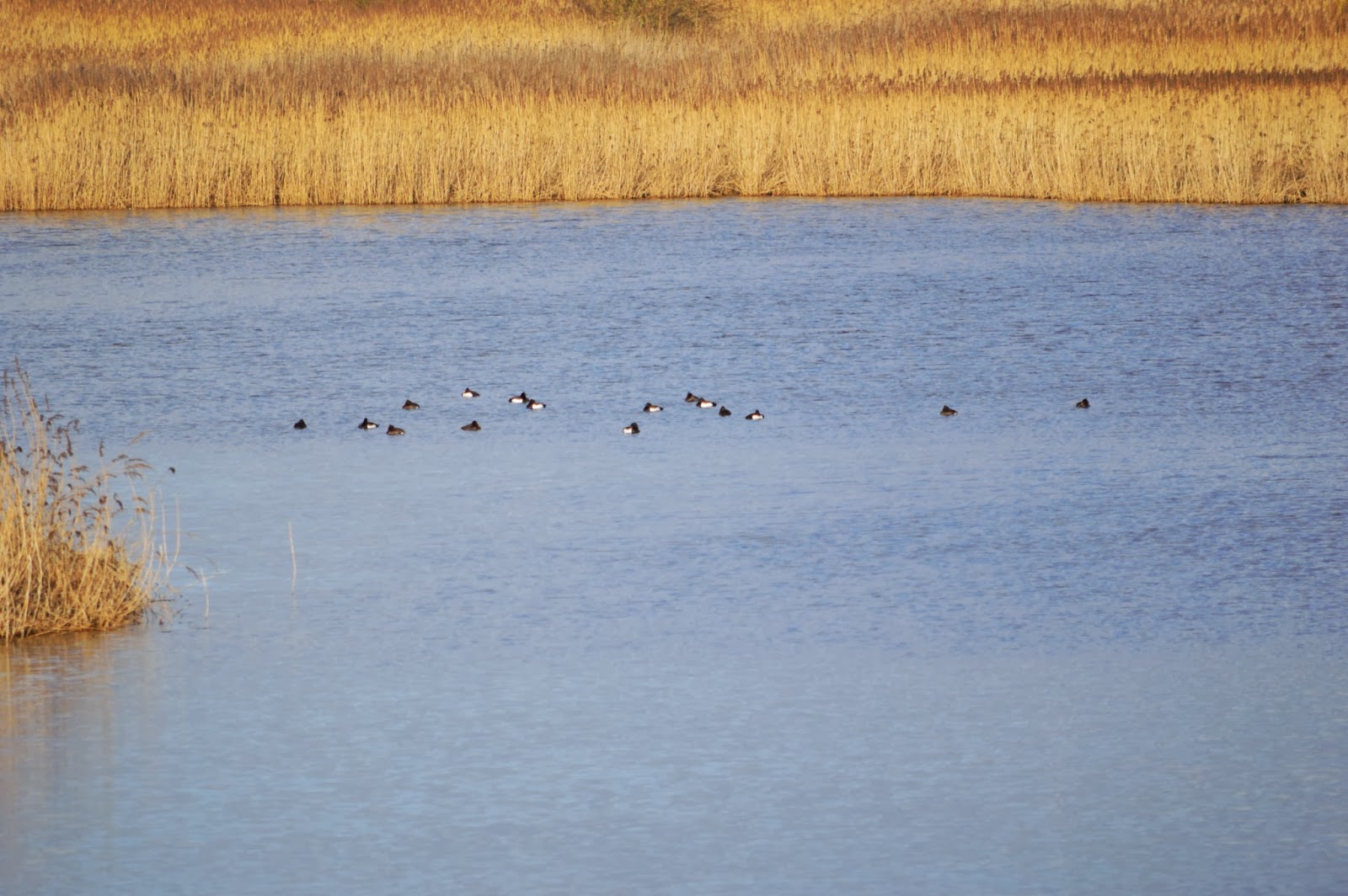 Walking around the corner, we had views over towards Station Road and Burton Point. We both agreed we had never seen so many Lapwings out on the marsh. Suddenly they were all up in the air and we witnessed two Peregrine Falcons on the hunt. It was a remarkable spectacle as the birds wheeled left then right to avoid capture. Smaller numbers of Golden Plover were in among the Lapwings which we estimated to be in the region of at least 10,000 birds. 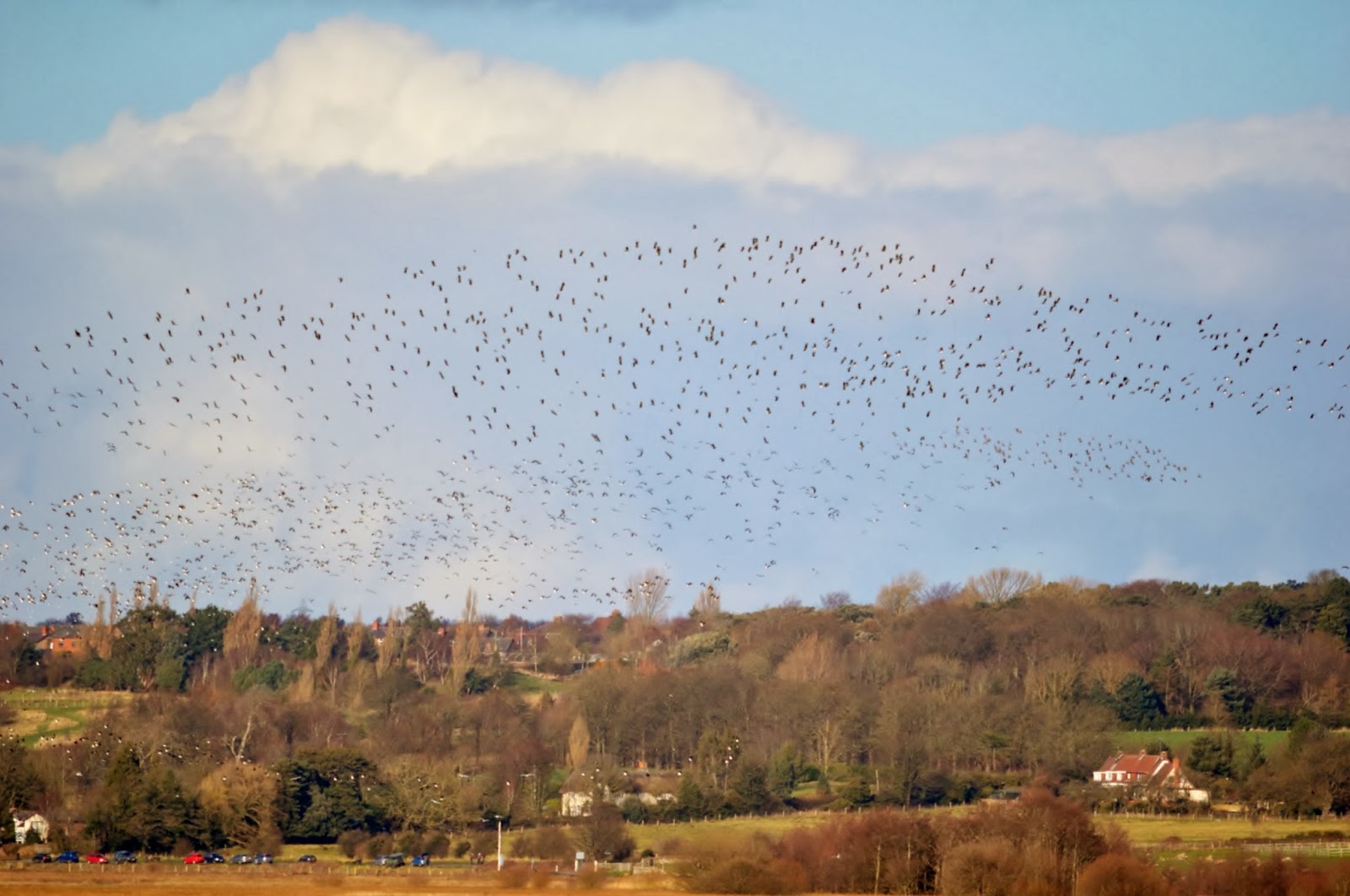 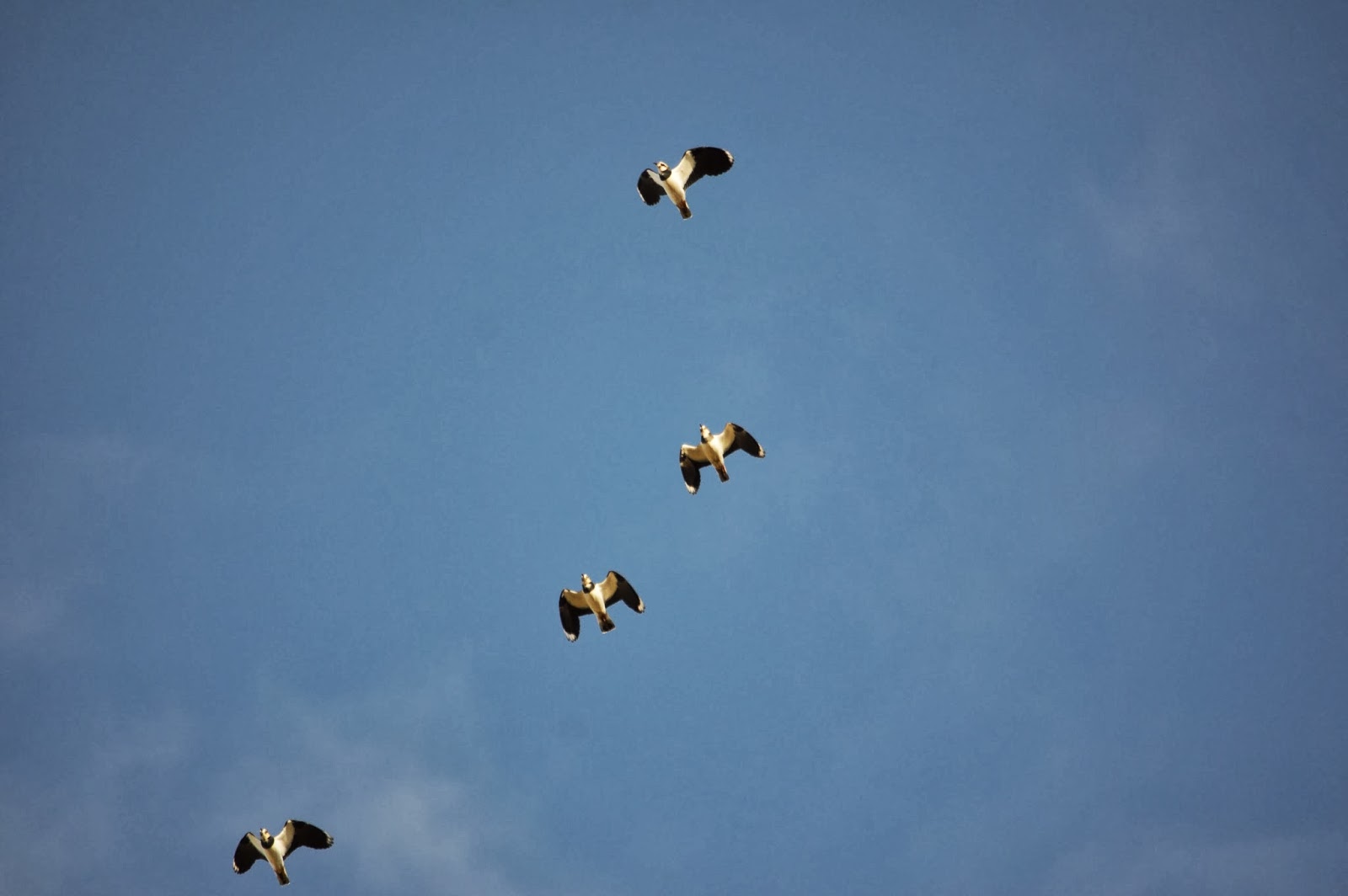 In this next shot you can see a bird above the main group of birds, this is the Peregrine (I think) as there was a solitary Buzzard in amongst the masses of birds if I recall. 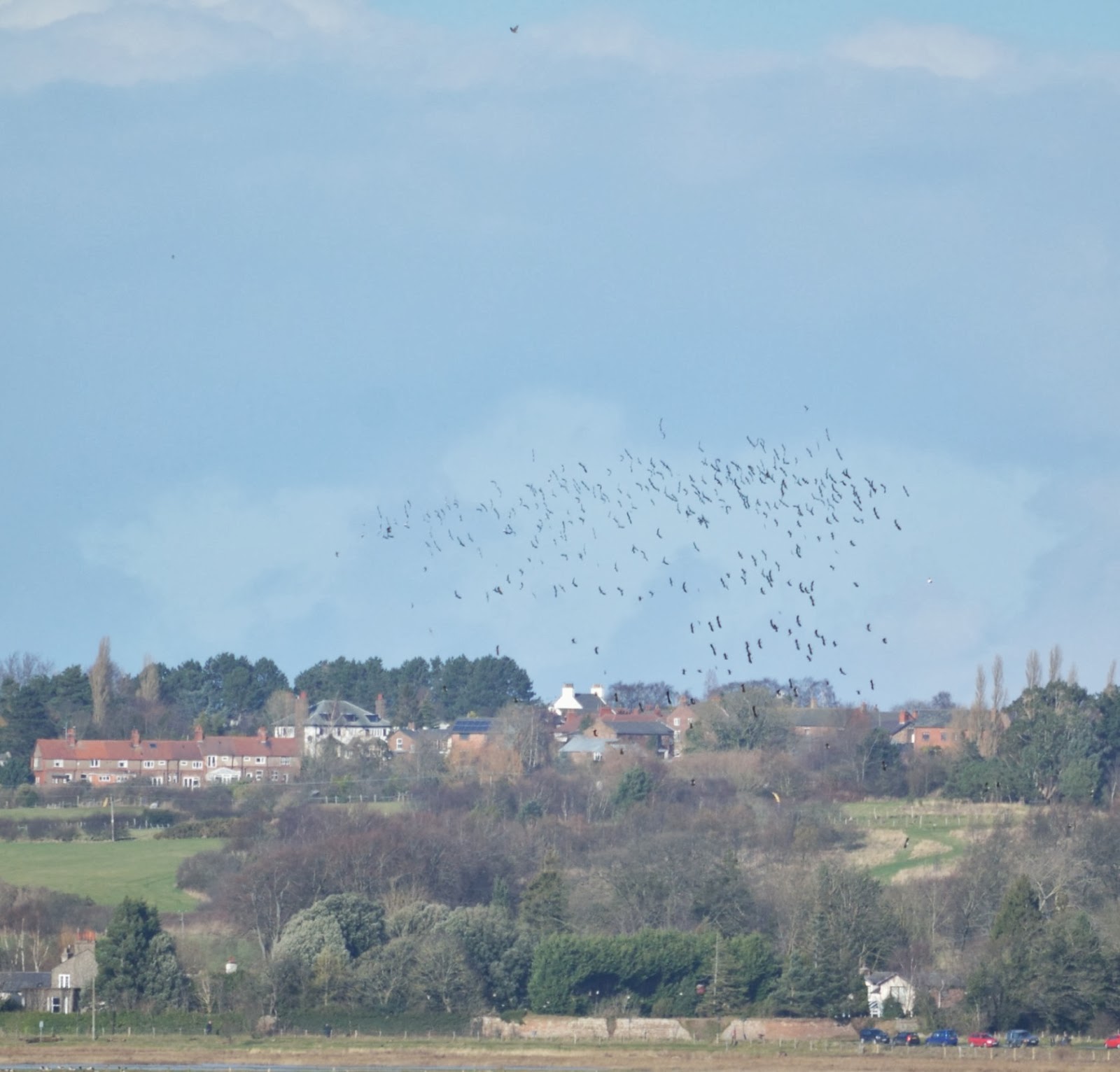 You can see quite a few cars at the bottom of Station Road, maybe also enjoying the spectacle and no doubt the long staying Buff Bellied Pipit! So not a bad hour or so spent birding, very enjoyable indeed.