Thursday morning saw the chance of a few hours at Woolston Eyes, my mate Shaun had dropped the good wife and daughter off at a local hotel and spa for some pampering, whilst we headed off for a brekky then onto Woolston Eyes.

Unlocking the gate to No3 reedbed, we crossed the bridge and one of the first things we noticed on the track up to the hides, was a Jay that quickly flew into the farther trees. The amount of butterflies on the Buddleia were out in force and put in a great show in the warm sunshine alongside numerous dragonflies. Shaun took some pics, here is a quick selection :- 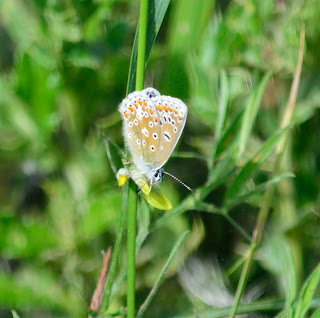 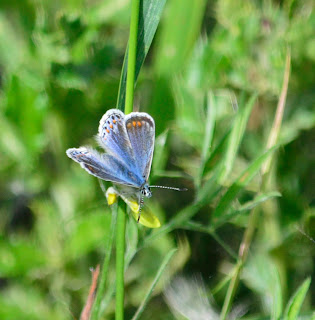 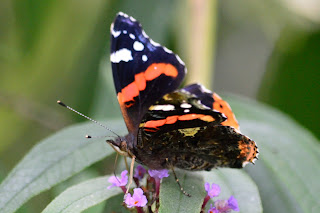 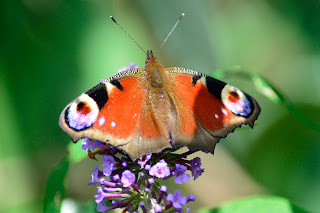 Climbing the steps up to the first hide, we were disappointed looking out as all we could see were a couple of Gadwall and a Lapwing. Moving swiftly on, we reached the Tower Hide and now we could see a lot more birds in view, a pair of Lesser Black Backed Gulls were sunning themselves on one of the man made floating Islands and quite a large number of Lapwing and young were showing well, I guestimated at least 100 birds. Teal, Tufted Duck with young, Little Grebes, Mallard and Shoveler could be seen. A female Kestrel flew over and quite a way out Shaun spotted a group of birds that turned out to be Snipe, we counted at least 16 birds, some roosting and some feeding. Just then a flight call alerted us to a Green Sandpiper and we watched as it flew out and made it's way across the water to a more quieter part of the reserve. 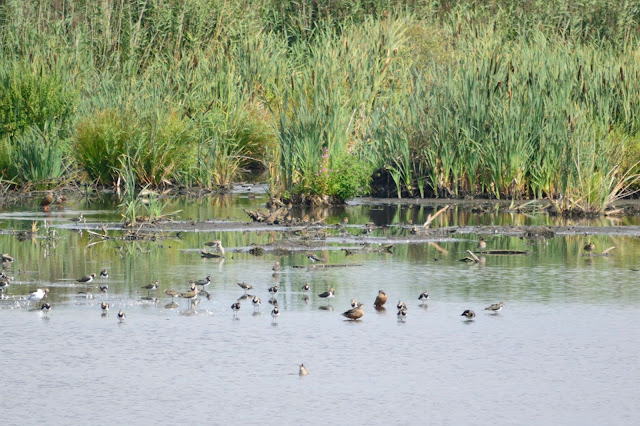 In the next hide along, a rare sighting of two other birders!! You don't see many bods at this reserve. A Buzzard flushed the Lapwings and landed on a nearby branch of a tall Silver Birch and was pestered constantly by a cheeky young Magpie. Good shot here of the Little Grebe and also some Greenfinches that were on the feeders at the end of the hide. It's good here for Willow Tits as well :) 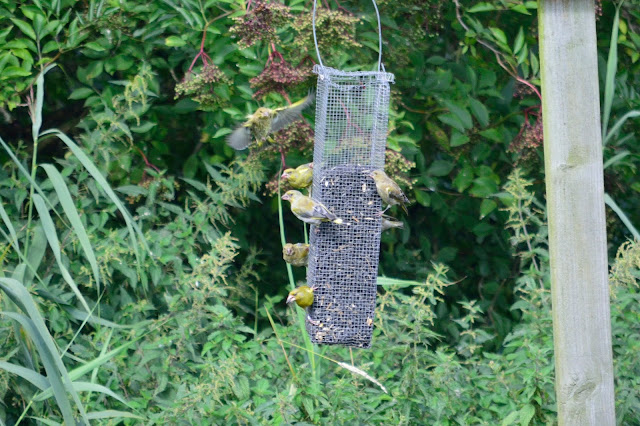 This juv bird poked it's head out at us, now could be a young Willow Warbler? You decide 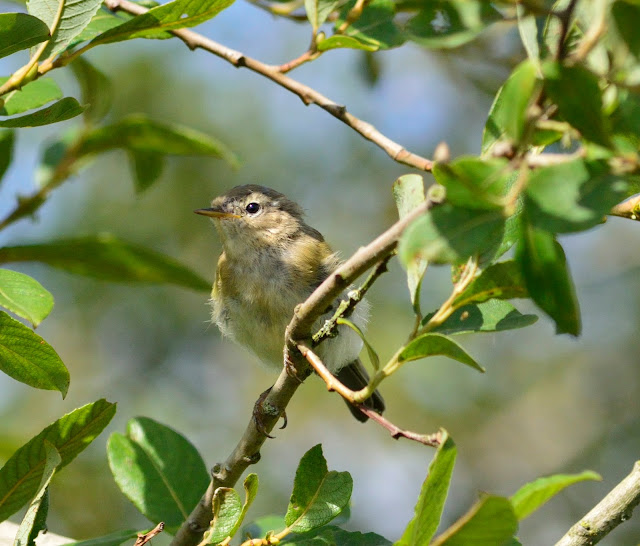 On the path back to the car we could hear the lone hweet calls of a Chiffchaff and a Robin was clicking away in the undergrowth. A few more butterflies and dragonflies were snapped :- 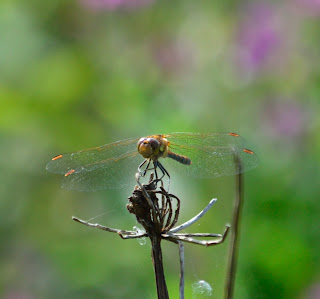 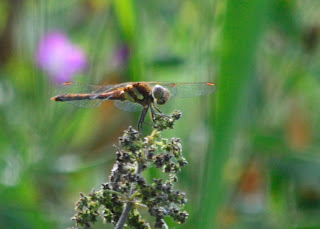 And finally a speckled Wood Butterfly 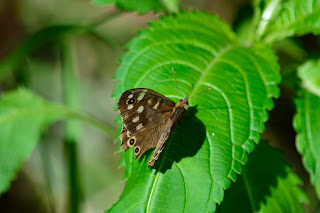 Not a great variety of birds at the moment, but I'm sure as winter approaches and the wader scrapes take shape, it will pick up. We decided on a quick hour at Burton Mere Wetlands so took the short trip back down the M56. Upon arrival at BMW the sun was quite blinding so viewing the birds from the reception hide was difficult, we could make out a lot of Black Tailed Godwits and a Black Swan that was on the far side. Moving over to Marsh Covert Hide was better and easier viewing. Colin Wells had been out and about earlier in the day cutting the grasses, so viewing the birds was a lot easier and there was a lot of Greylags and Canada Geese enjoying this freshly cut area.

I spotted a Green Sandpiper fairly close in feeding on a shallow strip of water about 100 yards in front of the hide, lovely birds to watch and they have a great flight call. 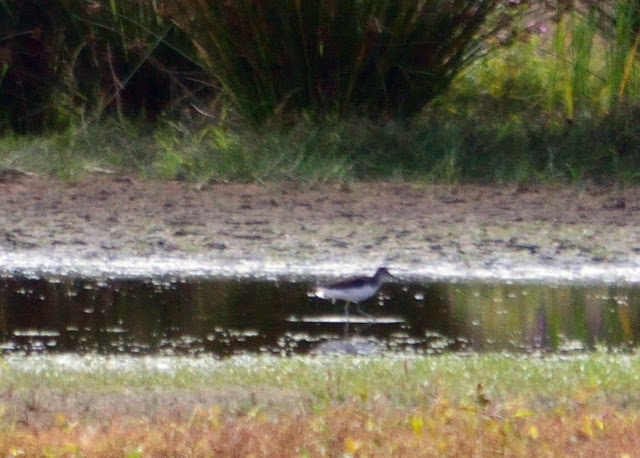 Just then all hell broke loose and over at Inner Marsh Farm hundreds of Black Tailed Godwits took to the air, one assumes trying to evade a predator, although we could not see the said perpetrator in amongst the sheer numbers. Apparently 750+ had been counted that afternoon. 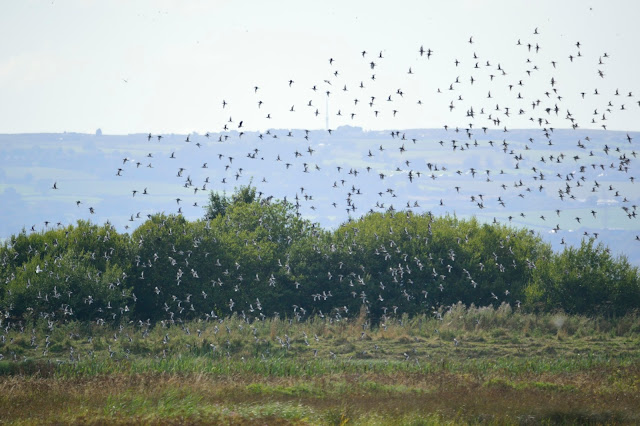 So the end of a fair days birding, not much of note, but nevertheless good to be outdoors and taking in fresh air and enjoying nature.

NB. This afternoons trip to BMW (23/08/13) produced 4 Little Ringed Plovers, 2 Green Sandpiper and a Barnacle Goose in amongst the Canada Geese !! Most likely a feral bird.