I could not sleep, so decided to venture out at 5am to see what wildlife was about whilst it was still dark. Heading out with only my nightsearcher commander torch (pocket sized but packs 700 lumens) to guide me, I headed off into the woods. Down the track, I spotted a Tawny Owlet sitting on a branch up in an Oak tree. 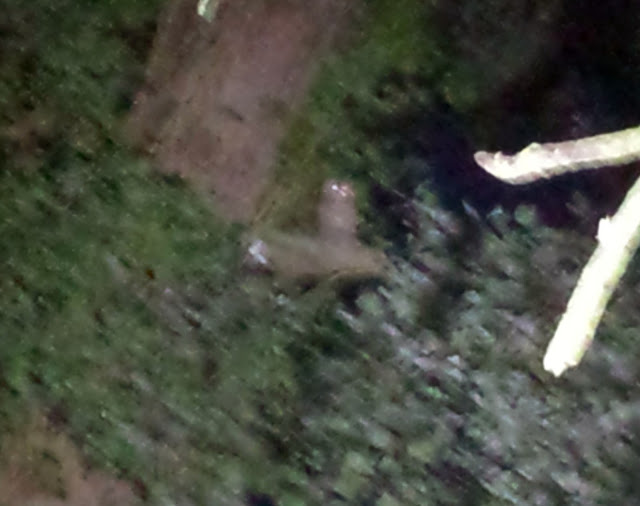 Sorry about the quality but when your holding a torch and trying to take a photo in the pitch black, you cannot expect good results. This bird looks fairly small and still had a fair amount of down, so think they may have had another brood as the 1st two Owlets were spotted in March!!

Moving further on into the wood as I did not want to disturb the Owlet too much, I heard a couple of foxes and then heard some rustling in the undergrowth and spotted a large toad making it's way from the brook into the wood. 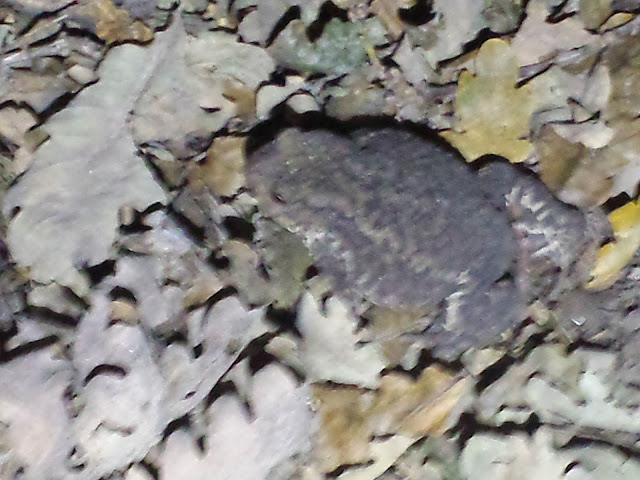 A three quarter moon shone down at me through the trees and Jupiter was also pretty bright in the Eastern sky, however I could hear Gulls crying out overhead so knew they were on the move to the Dee from their roosting site over on the Mersey and it would soon be sun up.

As dawn broke I could hear mainly blackbirds and robins and through the gloom of the woods, could just make out their sillouettes on the paths as they searched for food. Coming out of the woods and into a clearing, it was now very light and there was a mist shrouding the pathways and bushes, overhead a Buzzard came into view and glided over the clearing before disappearing over the trees. 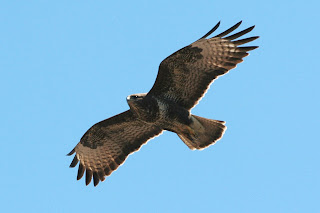 Now I could hear, Blue tit, Great Tit, Nuthatch and Wren whose explosive song certainly woke me up!! As I approached the Ranger station I could see some small warblers flitting in and out of the branches of a birch tree and as I looked could see it was a family of Blackcaps. I watched for at least 10 minutes as they frantically searched for insects and hovered almost hummingbird like at times to try and get small flies. 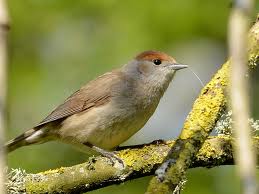 The ranger station is a small non-descript building almost like a cabin in the woods, it acts as a base for the Valley rangers and as a visitor centre. 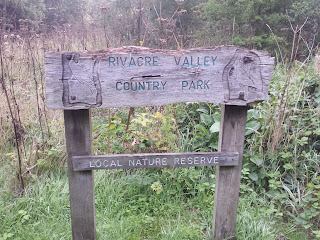 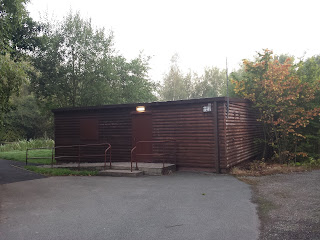 Now in the bushes at the back of the building, I could hear Bullfinches calling but could not pin them down, I waited patiently and was pleasantly surprised to see a family of Bullfinches, I counted at least 5 birds including the adults, always great to see and a favourite of mine as I also have them visit my back garden especially in winter months. 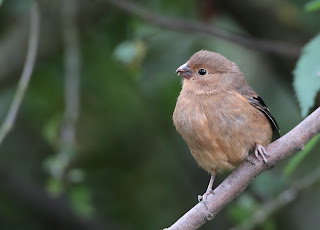 It was now around 6.30am and I saw a dog at the head of the footpath and thought great just what I need dog walkers to disturb my birding, only then did I realise it was a small fox looking at me and it eyed me warily for a few minutes before darting off to its left and into the undergrowth :)

Great Spotted Woodpecker, Jays, Nuthatch, Magpies and Wood Pigeons were all heard over the next half hour as I made my way down towards the Rivacre Road Bridge. 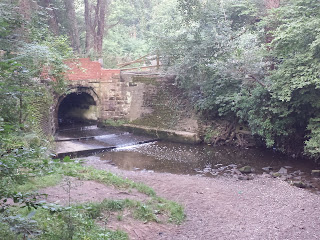 I heard the distinct call of a Raven and saw one bird flying overhead towards Rossmore. This road bridge is good for Grey Wagtails as the brook runs down a small weir and I regularly see them here. Sure enough there was at least three or four birds on the gravel banks and seen in flight. 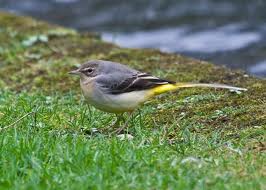 Near to the road bridge is the old Borwell No2 pumping station that was owned by the Bridgewater Paper Company, this building has ivy all over it and is a magnet for small birds that use it regularly in their search for food. 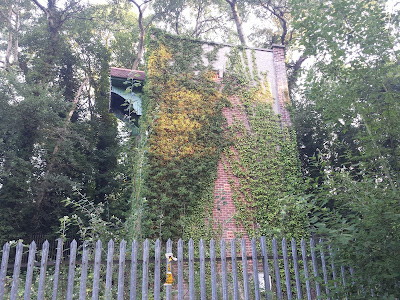 Walking back through the woods you come across some strange characters pulling tongues and this one reminded me of the trip to Moel Famau, great carving :) 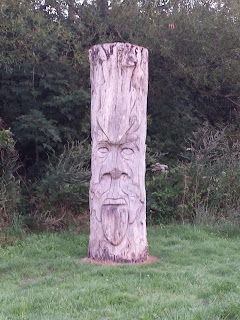