Not done much birding this week, so decided on a trip to Parkgate. Not being mobile is a pain in the derriere, however the Number 272 poverty wagon (aka bus) rocks up in Rossmore Road West on the hour. 20 Minutes later and I'm at the cross in Neston, a quick walk down to the front past the cricket club and hey presto your on the marsh.

It was looking frazzled and this was the first time I had seen it after the fire so was quite concerned at the damage close up!! If only these yobs realise what damage they do when they mess with fire, still they will be in prison no doubt in the not too distant future. 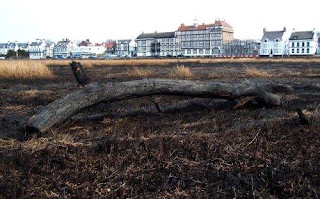 Anyway, enough of the rabbit, first bird was a Kestrel, flying high up and circling around seeing what was on offer for the dinner table, not a lot and it flew off Southwards. Screaming Black Headed Gulls, love them or loath them, their antics never fail to amuse me, whether it's scrapping over a chip or squabbling with neighbours over space on the pool by the donkey stand, they are a bird with great character. 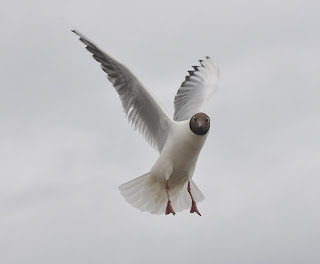 Quite a few Black Tailed Godwits on the pool and also a solitary Oystercatcher. Two Lesser Black Backed Gulls have made a nest on a very small island on the pool and I think she is on eggs at the moment.

Walking further up the front towards the old baths, I saw several Little Egrets, Mallards and Carrion Crows. Two Swallows were sat twittering away on the balcony at the Boathouse and I'm sure one flew out of a window at the side of the Boathouse and may be trying to see if it can nest inside (maybe toilets) I know they have a habit of making nests inside and using open windows to get in!!

Further up I heard a Grasshopper Warbler reeling in the marsh reedbed and then the oddest sight, a female Wheatear on the gable end of a house casting me a curious glance as I zoomed in for a better view through my 10x50's. Quite why she was up on the end of a house is a first for me?

Not much to be seen from the wall at the old baths, just several Shelduck on the pools and a few Godwits along with some gulls. Oh I do miss the Hen Harrier :( Still, at the back of the car park are some bushes and I was stalking a Whitethroat I had heard, a couple cast me a curious glance, but luckily they were fellow birders and when I located it, we all enjoyed the male bird, singing a garbly sort of sub song, not the full monty. 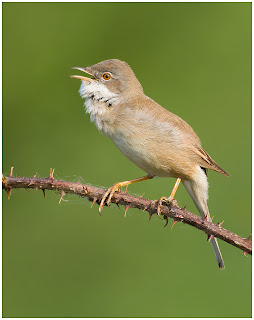 They were off to BMW so I went over to an old wooden gate marked "Old Bath's Fields" and was reading about the horses kept in the paddocks and what you can or cannot feed them, seriously who would want to give a horse an Ice Cream?? Anyway, scanning the field for Little Owl as I always hope for, but rarely get, I saw some Woodies, a few Maggies a Jay and then low and behold a gorgeous Male Redstart flew from the hawthorn hedge into the field grabbed an insect and flew back! This is my 1st Redstart of the Spring and I was so impressed I had to e.mail Richard at the Dee Estuary sightings :) I continued to watch the bird for a good 20 minutes, flying back and to and skipping and bobbing along the ground. I was so impressed. 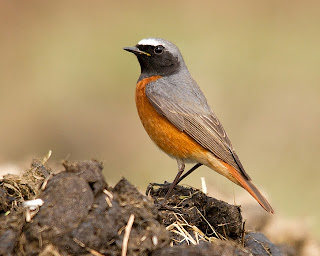 I had a walk up the lane adjacent to the horse paddocks to see if I may get a Ring Ouzel in one of the fields across the way, but alas no, but still managed to see a couple of Pheasants and a Chaffinch and Willow Warbler.

Time was ticking on and so I made my way back to the bus stop and got the 3.15 back to El Porto, yes Ellesmere Port. That will be my new blog name birdmanofelporto. This is my 1st attempt at a blog, so I'm sorry if it's crap, but I will try and get better and include pics that are my own, if Shaun Hickey brings his camera.