Today looked good for a visit to Burton Mere Wetlands as we were meant to be having a break in the weather. When I got up it was 10 degrees and felt rather cool and overcast so decided to have a cuppa and some toast. As I was eating my toast, I looked through twitter and nearly fell off the chair as they had announced a Red Necked Phalarope on the reception scrape.

Quicker than you can say two shakes of a lambs tail, I was off. Unfortunately messrs Hickey & Kurs had work commitments so could not attend :( When I arrived the bird was showing well and I set up my scope outside the main reception on the boardwalk along with others like Roger Wilkinson, Steve Williams from Hilbre, Allan Conlin from Leasowe & Alan Hitch & John Adshead Macclesfield. 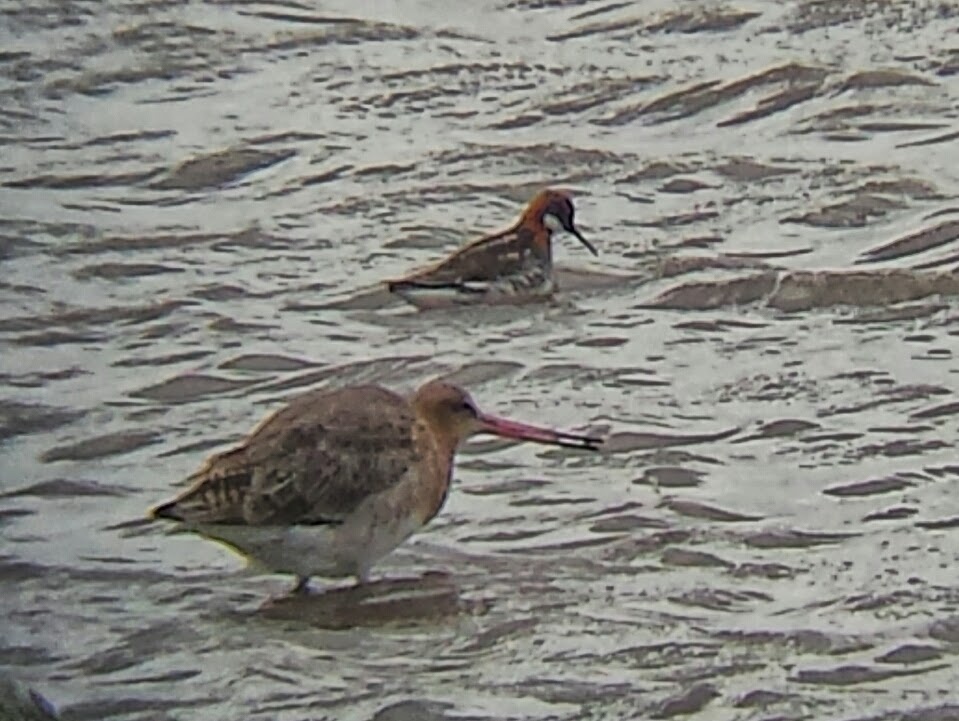 In Phalaropes you have a role reversal and the female is slightly bigger and more colourful than the male. This fine young lady was happily spinning around on the surface enjoying a feed in amongst the Godwits, probably leaving her mate (if she has one) to attend to the eggs/chicks only who knows where? 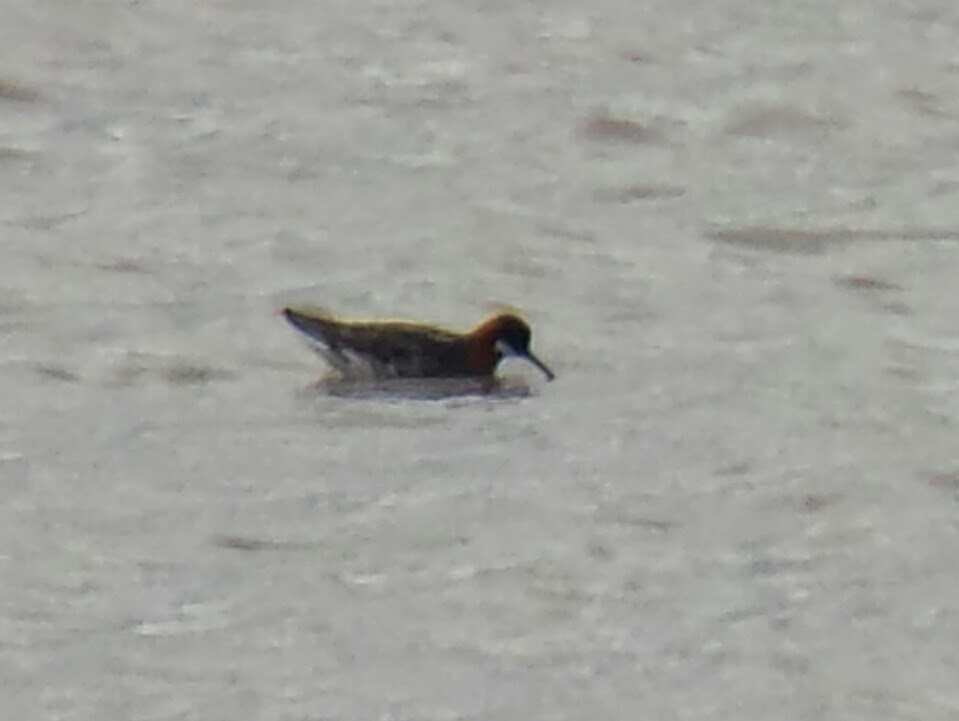 They have lobed toes and swim in small rapid circles stirring up all the small insects or crustaceans then reach into the centre of the vortex and pick at the food with their fine bill :) One of the rare records for Wirral, the other being at IMF in the 90's. I had seen one at Frodsham in the 90's when I used to go out with my dear Dad, god bless him. Those were the days. 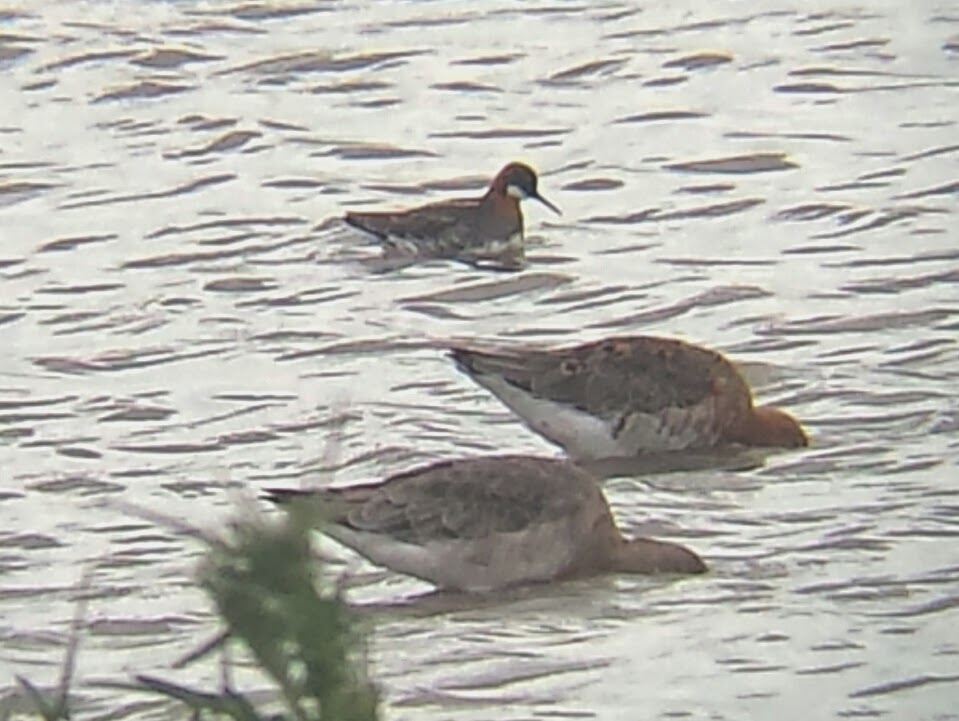 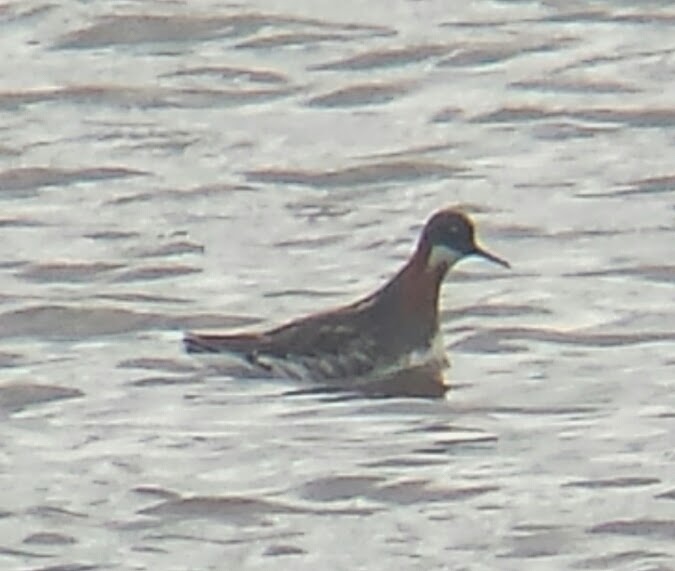 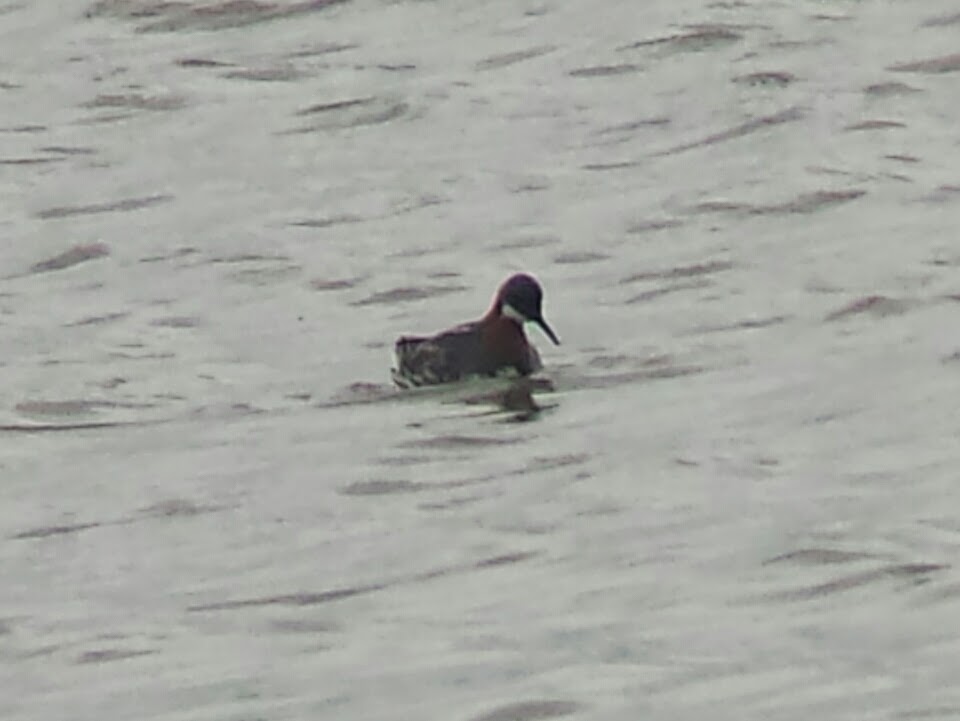 What a bonus bird for the area!! Fantastic to see but unfortunately for others, it was flushed about 2.45pm. It flew off towards pools in the fields at the back of the reserve with other Godwits, so may return. Then it will be off on a long journey South East to the Arabian Sea!! Amazing.

A Greenshank was nearby throughout the morning, 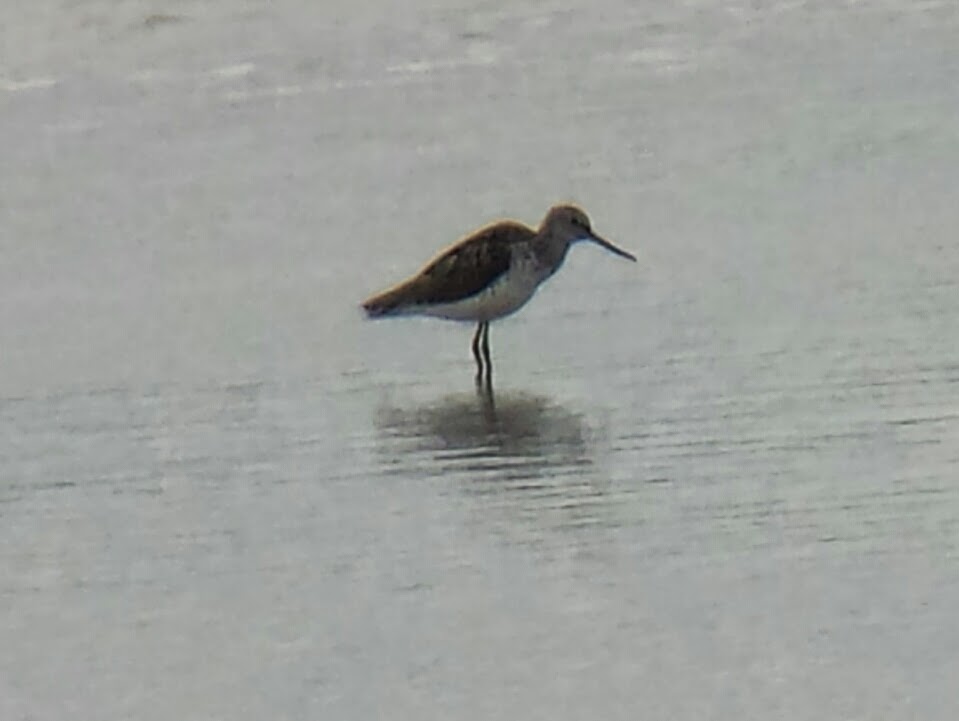 A Ringed Teal which I'm not ashamed to say I thought was a fem Garganey at first sight as she was poking her head out of the bushes on the islands, was later out on the scrape, but after a good look in the scope and checking with Dan (RSPB) confirmed as Ringed Teal. 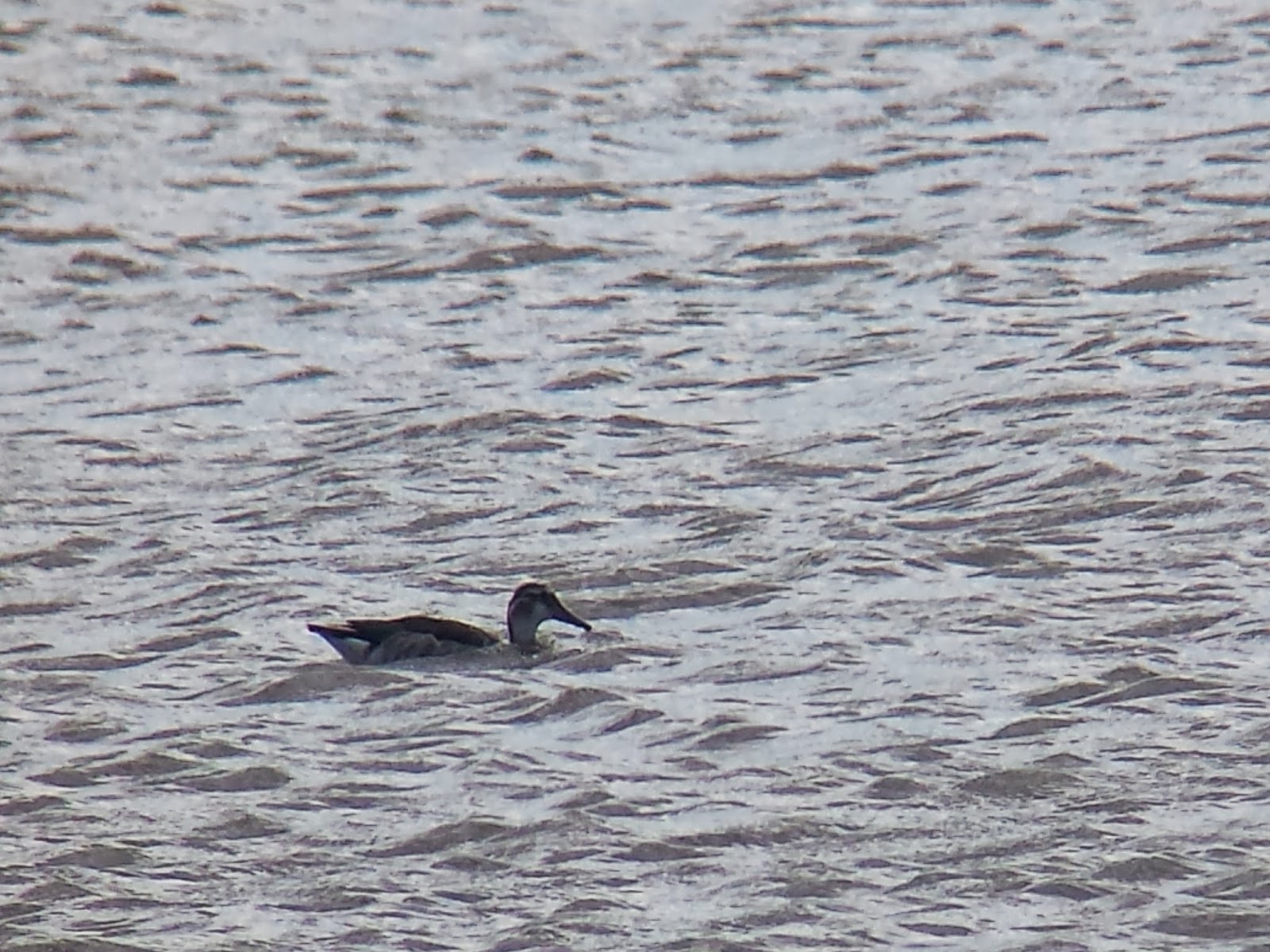